Joseph Uding first fell for the charms of Raspberry Pi when he was studying robotics with MIT online and was pondering the amount of computing power required for ASIMO, Honda’s famous humanoid robot. “The bigger the robot, the bigger the motors and batteries, plus many things that can go wrong because a robot is made up of many computers in it,” he reasons. “That’s when I started loving Raspberry Pi.”

The single-board computer features prominently in Joseph’s Project Zed robot, created as a means of encouraging citizens to take sensible health precautions. “A friend said ‘build a robot that can help in fighting Ebola in West Africa’. That was in 2016 and we didn’t take it seriously because no cases were in Uganda, but when 2020 came I got to work. With a robot, he says, “you can carry out random tests and collect information from someone without risking important medical workers.”

Raspberry Pi enabled Joseph to add personality and voice-based interaction to the robots he’s built, as well as delivering preset messages such as “don’t forget to wear a face mask”. 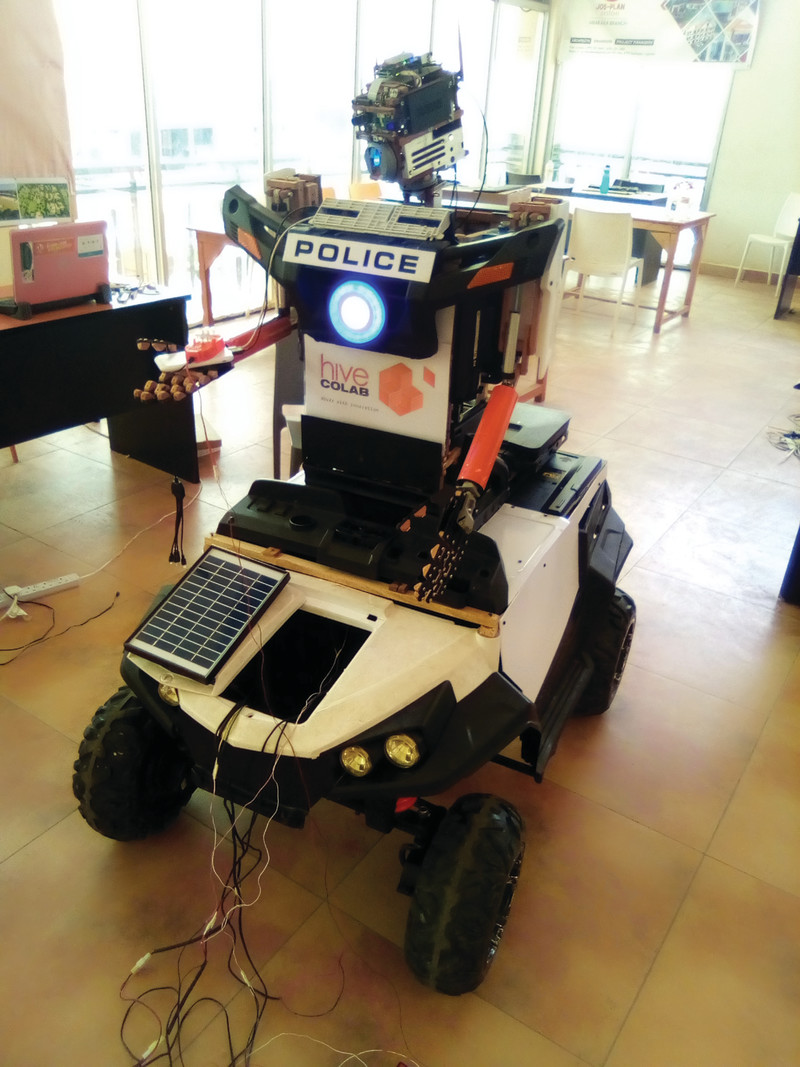 Project Zed is, by necessity, a masterclass in upcycling: 3D printers and next-day component deliveries aren’t reliably available in Uganda, but Joseph believes that if you can have a clear idea of what you want to make, you can make it from almost anything. “The first thing is to see the problem you want to solve with the robot you want to make.” His project took him just three weeks.

After work one day, he went to visit some guys who fix printers and asked them for old dead ones. “They smiled and gave me about four spoiled old printers. From there I got DC motors and plastic parts to use when housing the robot.” The motors would be used to replace those in a broken RC car that would act as the robot’s base and help stabilise it. 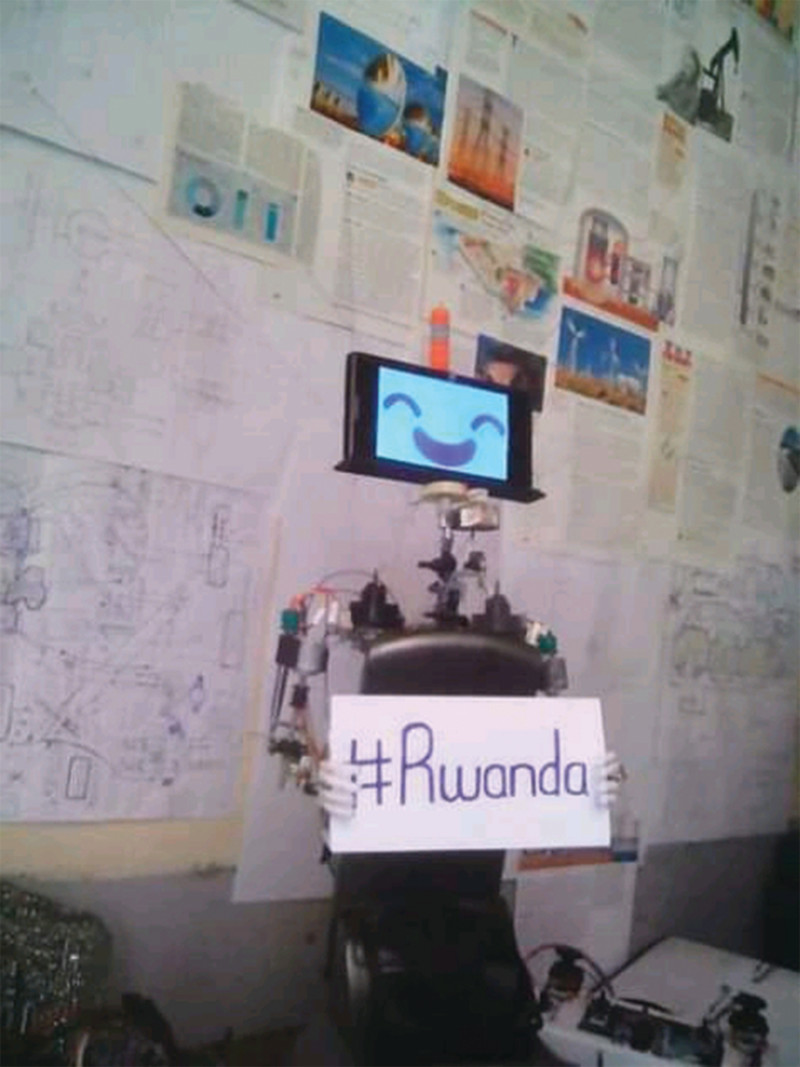 The initial designs were in lightweight wood he sourced himself – “just like the way planes are made” – which was light and easy to work with. Plastic from the old printers was used for the casing.

Aside from the Raspberry Pi to control things, the half-humanoid, half-RC car robot has a Roboclaw 2 motor controller and a Google Coral AI USB accelerator .

It can be controlled from a distance of up to roughly 400 metres and can listen, talk, and see objects. “It can move its arms up and down, but not the fingers yet,” says Joseph. “It’s limited to doing one thing at once – bending down to pick something up or moving itself along – because it has only one Raspberry Pi for the head where the AI is based.” 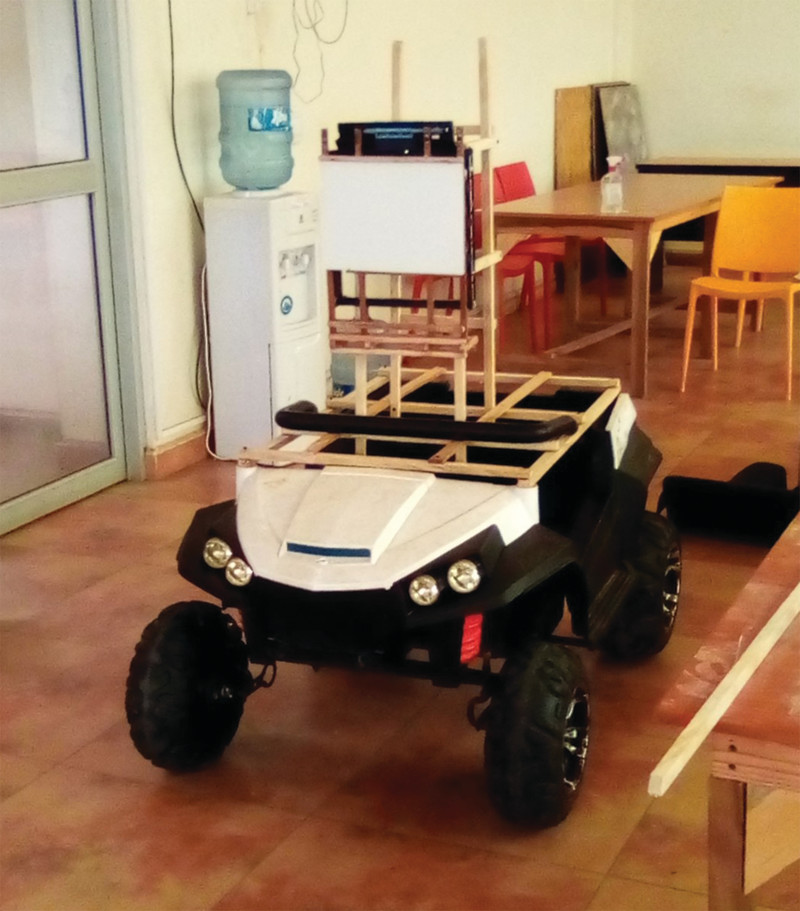 Joseph first tried using the open-source TensorFlow and YOLO for object detection, but really had in mind something more like a Movidius Neural Compute Stick to handle face detection (which he didn’t have). Instead, having consulted projects such as the Personal Assistant Robot, he turned to SSH and live video streaming, which did a great job. “I can control the robot from anywhere around the world using my cell phone or PC any time I want to,” Joseph explains – something with clear potential in war or disaster zones where medical workers’ lives would otherwise be at risk.

“Doing such projects where you don’t have the actual resources helps you to be good at recycling things and also teaches you how to be super-creative in life,” he says, modestly.