Watching shoals of fish flit idly by is one of the most magical and calming experiences. Just such an opportunity is a wonderful by-product of Greece’s NOUS project, the uNdersea visiOn sUrveillance System. Based on Raspberry Pi 3 and 4, its cameras help researchers from the National Technical University of Athens monitor the submerged shipwreck of the a merchant ship near Peristera, one of the largest known ships from classical antiquity.

Dr George Papalambrou and his colleagues Vasilis Mentogiannis and Kostas Katsioulis, from the NTAU’s School of Naval Architecture and Marine Engineering, knew plenty about Raspberry Pi before selecting it for their underwater archaeology surveillance project. “It was our first choice from day one,” George says. For a start, he had used Raspberry Pi alongside Apple HomeKit for home automation, and while at university it was used in CAN-bus networks. George was also interested to read about Raspberry Pi Compute Modules being used by the University of Surrey for their Cube-Sats, confirming the hardware’s suitability in challenging environments and ability to communicate while being self-powered. 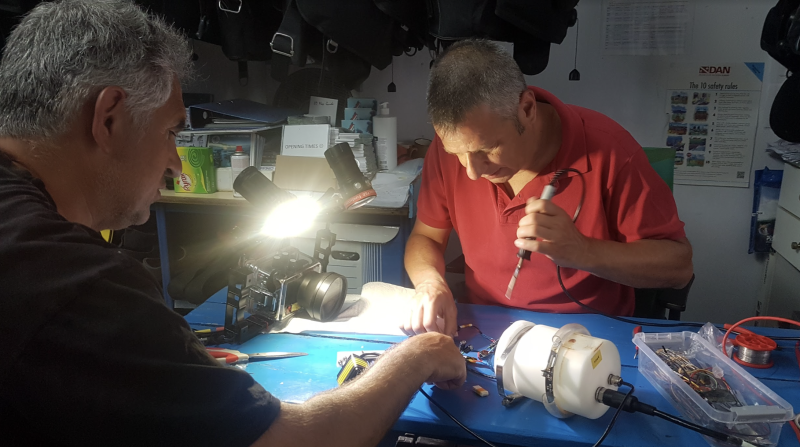 NOUS, as the marine surveillance project came to be known, would also need to be able to communicate remotely.

George says Greece had wanted to monitor its marine archaeological sites for many years, but one of the main obstacles was how to guard and protect them. 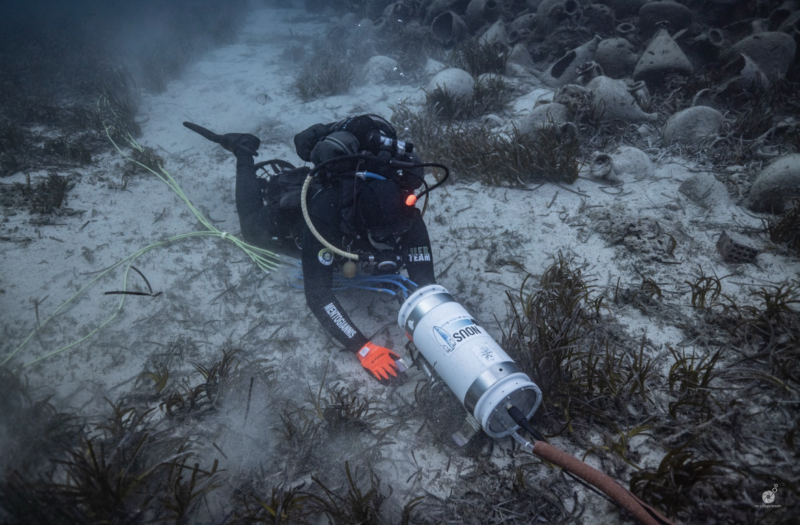 It needed a system that was self-powered (since most wrecks are located a long way from a power supply), that could connect to the internet in order to communicate and be remotely controlled, have sensors to monitor the area of interest continuously, and be able to send alerts in cases of violations, alterations of the site or other events. As well as monitoring protected marine areas, scoping exercises suggested it would also be feasible to include real-time scientific observations throughout the day, and to monitor changes to the climate and biodiversity in the area over long periods of time.

The sea is an unforgiving environment to operate in, and is very hard on equipment, says George, so it was critical they chose gear that could withstand both high pressure and low temperatures. NOUS needs to run continuously round-the-clock at submerged depths of 35 to 70 metres. George explains that the project also needs total software control at the operating system level, as well as at the application level: “We control our devices remotely over the web and SSH, so there is no space for failures or malfunction.” Raspberry Pi was always the team’s first choice, not least because of its affordability and the invaluable community forums.

Having bought Raspberry Pi 3 and 4, plus some basic off the shelf electronics, the NOUS team soldered on cables and parts in order to save space in the rugged enclosures that also needed to accommodate AI cameras and networking hardware that could be attached via a harness and operate underwater.

The software and specialist HATs were developed by George and his University of Athens colleagues to save money and reduce development time. Raspberry Pi boards were set up headless, with X11 forwarding used to optimise remote control along the lengthy undersea cables connecting each module to the base station. The onboard battery packs are supplemented by onshore solar panels sited near where divers set off to view the wreck in the Aegean, some distance short of its intended destination, the island of Skopelos. 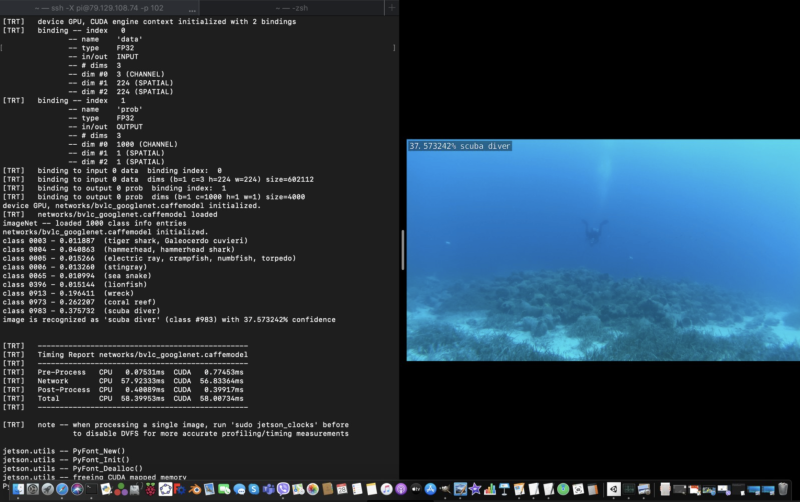 Operating full-time since 2020, the surveillance system is still running successfully today. “Raspberry Pi has been a success since the very beginning, providing stability on both the software and hardware sides”, says George.

Live footage from the wrecked ship can be seen here.