Like many millions of us, “maker/tinkerer” Fitz Walker holds classic Doctor Who in very high regard. As an electrical engineer and computer scientist, he was better placed than many Whovians to show off his love of the show by building his own replica K-9, giving it “modern components” with Raspberry Pi.

Keeping the ‘use whatever you’ve got to hand’ ethos of the original Doctor Who sets, a loo roll holder disguises an unexpected K-9 defence mechanism.

The K-9 project helped Fitz fulfil an ambition to build a film replica of one of their “favourite companions to my favourite Doctor” [Tom Baker, naturally] and “to experiment with Raspberry Pi and other microcontrollers, and electronics to see how well they might replicate all the animatronic and visual features of the hero prop.”

Fitz chose Raspberry Pi for its “powerful computer processing and video display”, and options for interfacing with the physical world, giving K-9 “some level of autonomy and AI.” 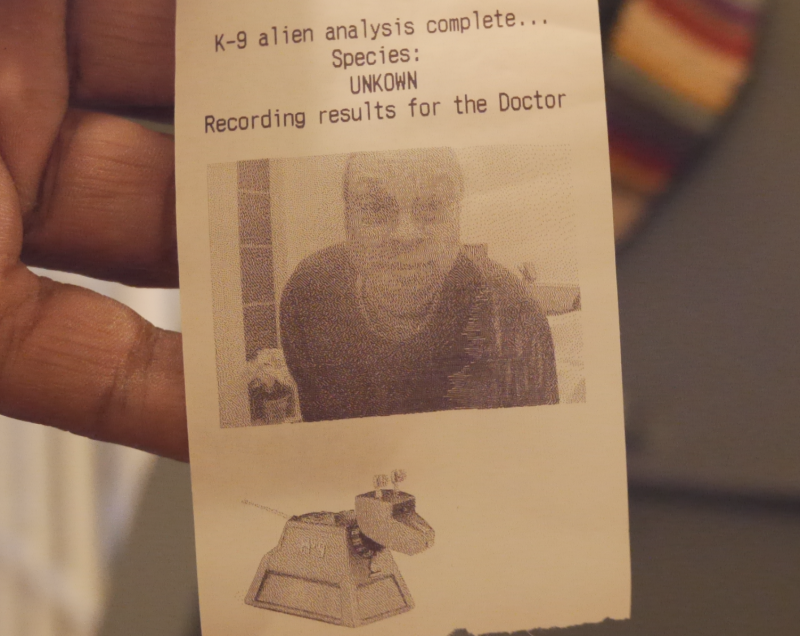 Having been introduced to Raspberry Pi by a friend – who he thought was pranking him, based on the single-board computer’s name – Fitz realised it would suit his needs very nicely. “Once I realised its potential, I kept Raspberry Pi in mind for any projects I engaged in.” Raspberry Pi is “a powerful tool to do pretty much anything I can think of.”

K-9 is the main focus of Fitz’s tinkering efforts, and the only project for which he has had to do any custom design work, since some aspects could be adapted from other people’s projects. In particular, founder of the K-9 Replica group Dave Everett had produced detailed templates and assembly guides for the animatronic dog’s body, including a basic mechanical framework, which were quickly seized on by fellow Whovian makers. Another impressive K-9 Raspberry Pi build that we’ve covered uses this template too, or you can join a dedicated builder’s Facebook group. 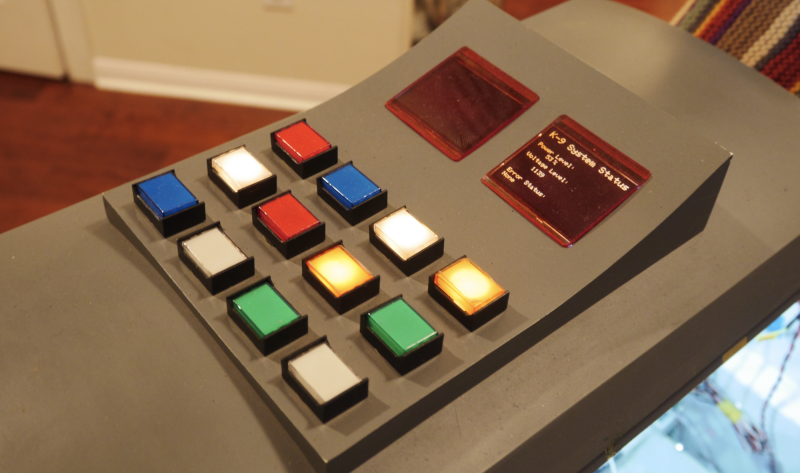 Building on the original

Fitz also made use of existing designs for the very intriguing camera and AI element that he added to K-9’s head. This is “based, in part, on the wedding photo booth by Anthony Sabatella which inspired K-9’s photo-taking abilities,” code which Fitz modified for K-9.

“Pretty much all the electronics and most of the animatronics were designed and set up by myself,” says Fitz, who reports that the build was not complex but required “a bit of time and patience to build, program, and debug,” with integrating all the parts the most challenging aspect. “Like any project, unexpected things come up. The drive system was a bit troublesome at first and had to be totally redone. Even then, it has some directional instability that needed to be rectified with a gyro.” 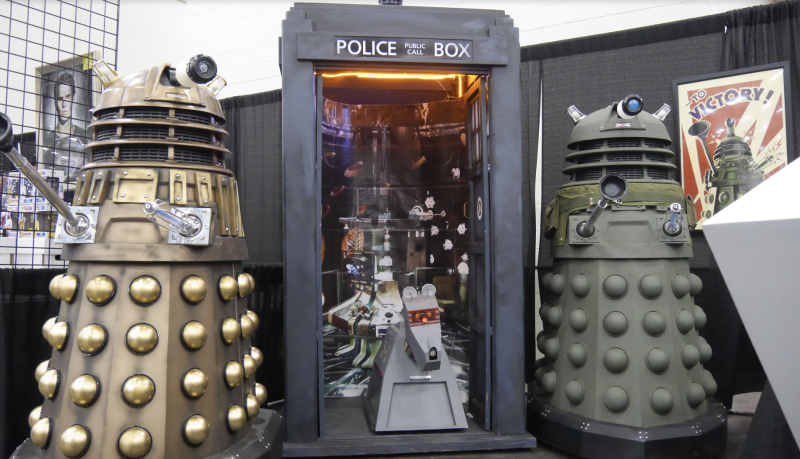 K-9 is a combination of 3D-printed parts and components sourced from online stores, including Adafruit and SparkFun. Since everything would eventually be hidden inside K-9’s body, Fitz did all his prototyping on a separate bench using a different Raspberry Pi, before transferring everything to the ready-assembled setup inside the robot. This requires some duplication of hardware, but makes life easier for a project with plenty of iterative revisions and “continuous modification and expansion.” Utilising the various GPIO connections, to both read inputs from an external trigger and to run various external devices, was a big challenge. He estimates the build took three months of fairly focused work, with some light additions over the course of the following year. After an outlay of roughly $1000, the only real running costs are for the thermal paper on which K-9 prints photos of whoever is in front of him, along with a wry take on whether they might be human or alien.