Why should space engineers have all the fun? Wouldn’t it be amazing to design a space robot that could be built and assembled by a hobbyist? Such was the thinking behind ExoMy, a Mars rover that can be built for as little as $250.

The terrain on Mars is notoriously difficult, so any vehicle intent on exploring the Red Planet needs to be pretty hardy. Something small and agile, powered by a dependable yet powerful on-board computer, is likely to fare best against such unforgiving terrain. Something, perhaps, like a Raspberry Pi. “The rover is inspired by the ExoMars rover Rosalind Franklin and features its most characteristic design features (drill, solar panels, wheels),” explain ExoMy’s makers Maximilian Ehrhardt and Miro Voellmy from the ESA’s Planetary Robotics Laboratory. “Its triple bogie locomotion suspension and six steerable wheels allow for locomotion in very rough terrain and [also mean it’s able to traverse] obstacles larger than the size of the wheel.” Better yet, ExoMy can be controlled using a gamepad or a web interface where the video stream from its on-board Raspberry Pi camera is also displayed. Raspberry Pi 4 Model B is the ExoMy’s main board computer, receiving driving commands via the web interface. Raspberry Pi “converts them into motor positions and velocity, which are sent via I2C to the PWM motor board to make the rover move,” reveals Miro. 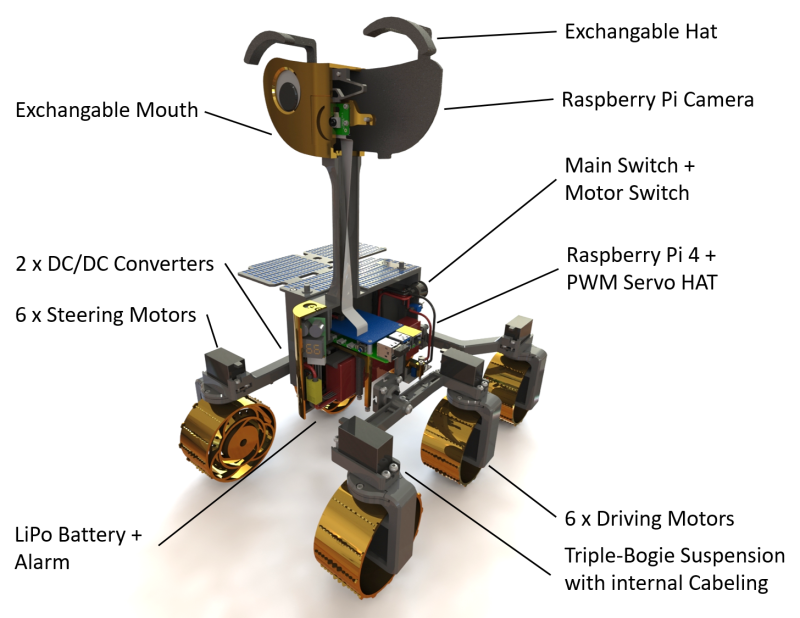 Max and Miro chose Raspberry Pi for ExoMy because it “allows the use of a full-fledged operating system and provides a wide variety of GPIO pins and a great camera interface.” They were also attracted by its low cost, worldwide availability – important given their ambition to make space robotics more accessible – and the large community surrounding it. “ROS (Robot Operating System) support meant we could use a lot of available open- source software and ensure that ExoMy stays very modular,” says Miro. Both engineers had used Raspberry Pi in projects before. Miro used Raspberry Pi to control a spherical robot at the Automation and Robotics Laboratory at ESA that floats on air and which simulates satellites and spacecraft control algorithms. Max, meanwhile, worked on a sounding rocket project at university for which he created a Raspberry Pi telemetry logging HAT. 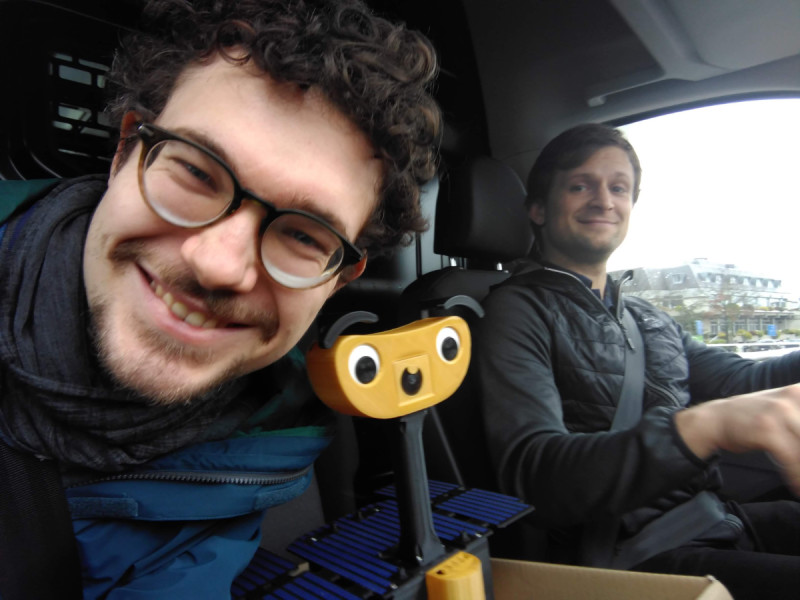 Although other open-source rovers exist (notably Sawppy and JPL), these had customised metal housings and are far more expensive than the $250 to $500 required to build your own ExoMy. A well-received prototype had been produced by trainees in 2018, but it was rather costly and had reliability issues. At the start of 2020, Miro and Max set out to design a reliable and reproducible version that was also far more affordable. They designed all the mechanical parts at the Planetary Robotics Laboratory and 3D-printed them, which took approximately two weeks. Assembly required another two days. The electronics and screws all came from commercial suppliers. “The idea was that everyone interested in building ExoMy can easily order, install, and use it. They can even use the same software tools as in the Planetary Robotics Laboratory,” says Max. “We try to use as much open-source software as possible,” adds Miro. “ExoMy is, however, designed in SolidWorks, which is unfortunately not free.” Details of both the hardware and the freely available software used can be found here. 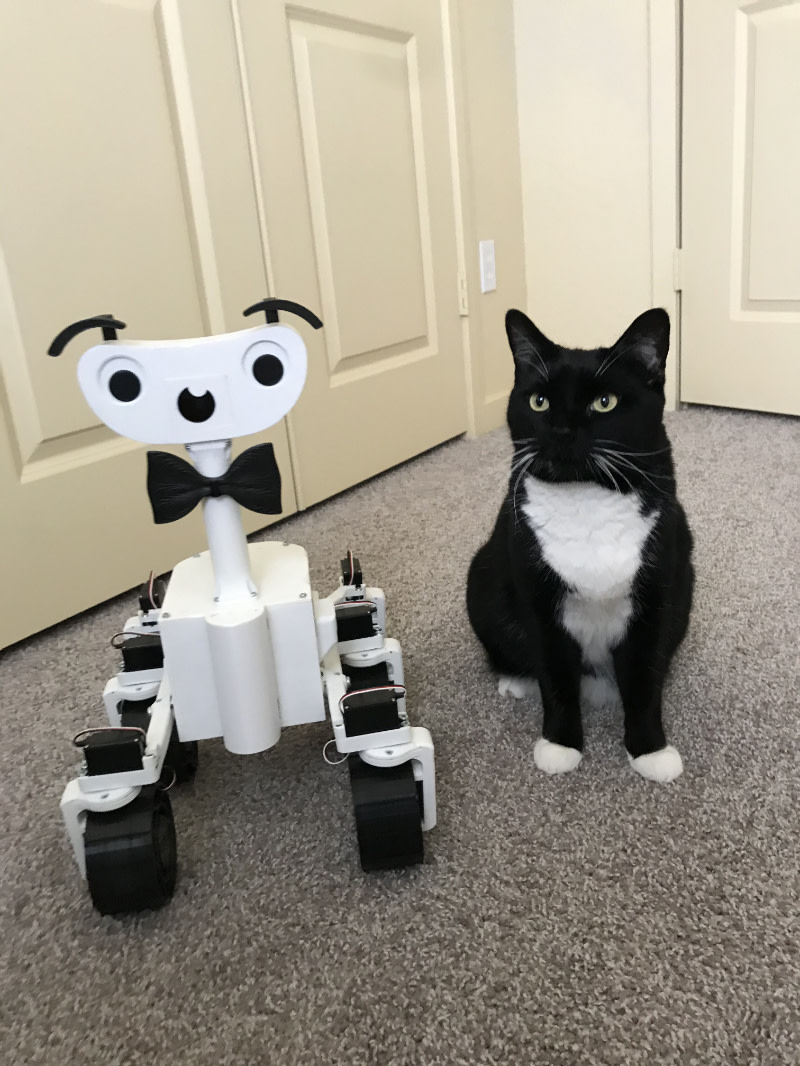 Max and Miro encourage others to give it a try and advocate using Docker, since it reduces the need to repeat installations and “allows for a repeatable and reliable software environment”. Discussing your design challenges with someone, getting a second opinion, and inviting different views of a problem generally leads to the best solutions, they advise. You can find out more about ExoMy by joining on Discord.