Scary footage of vehicular near misses, crazily inattentive driving, and unfortunate encounters with wildlife, stray car parts and extreme weather events… Dash-cam footage has brought a new perspective to the everyday commute. It has also highlighted just how tenuous some people’s control of their vehicles and sense of proportion can be. With Dride Zero for Raspberry Pi you can build and control your own dash-cam.

Engineer and developer Yossi Neiman, and partner Shiran Tasa, sensed a place for a ‘fusion dash-cam and safety system’ that has a social video-sharing element while also alerting others to poor driving etiquette and road dangers. There’s a driving alert feature that kicks in when Dride Zero senses something crazy is happening, and it duly records it. Pressing a single button shares the ‘driving event’ on the owner’s designated storage area, from where it can be shared on social media.

Yossi Neimann is a full stack software engineer and developer based in San Francisco and Israel, primarily focused on Linux. He’s a big fan of open-source and credits the open-source community with helping to improve Dride from its first iteration. 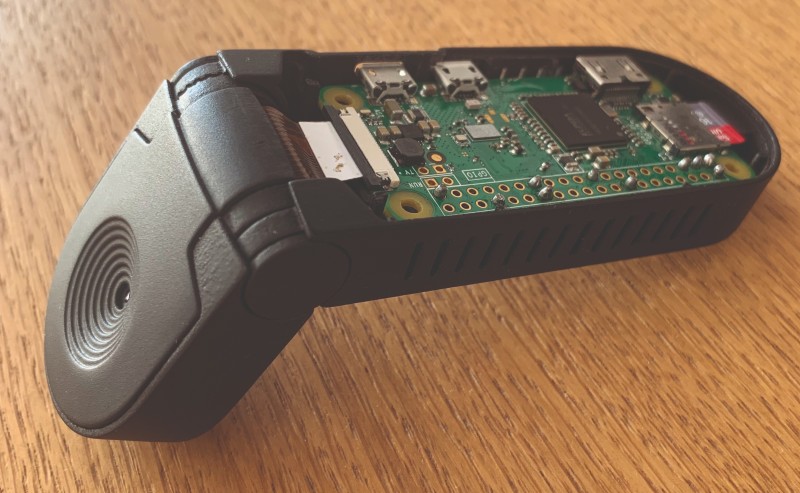 Warning! Is your home-made dash-cam legal?

Dash-cams are legal on UK roads, but you must ensure you have a clear field of vision when driving. A dash-cam must be fitted behind the rear-view mirror so it’s in the centre of your windscreen, but not obtrusive to your line of sight. 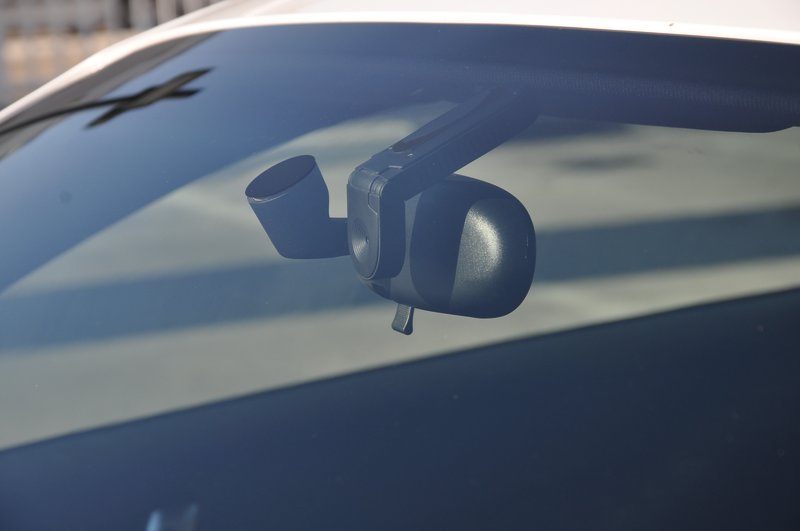 While you can buy the Dride Zero product, there’s also the option of creating your own Dride Zero with a Raspberry Pi. Both versions can be connected to Android and iOS apps. The startup company actively sought community feedback during development, and community members contributed code to the dash-cam’s OS.

DrideOS uses a customised version of Raspbian Jessie. Originally, the commercial version of Dride Zero was based on Raspberry Pi Zero – and was intended to link up with Alexa which, back in 2016 when the project began, was being fêted for its in-car possibilities. Alexa has since been booted out.

Neiman cheerfully admits that his ten years in software development working primarily in Linux didn’t fully prepare him for the world of hardware manufacturing. He soon realised that with hardware you need to be “a million times more focused” than you do with software. And sometimes there are things you just can’t fix.

We first covered Dride back in 2017, when it was an Alexa project. We’re pleased to see how far it’s come on.

Feedback about the original prototype during the crowdfunding phase focused on the limitations of the video resolution: 4 fps just wasn’t going to cut it. “There are zero things you can do to fix frame rate,” says Yossi. However, the launch of Raspberry Pi Zero W in February 2017 changed everything. “A few days after the launch of Zero W it clicked,” he says. “We need Zero W and we need to make this as fast as possible.”

The wireless LAN-enabled Dride Zero with a sharing capability has proved a success and dovetails neatly with the Dride Universal iPhone and Android app, which can be paired with around 16 different models of dash-cam so they too can share video clips of near misses and inattentive drivers. 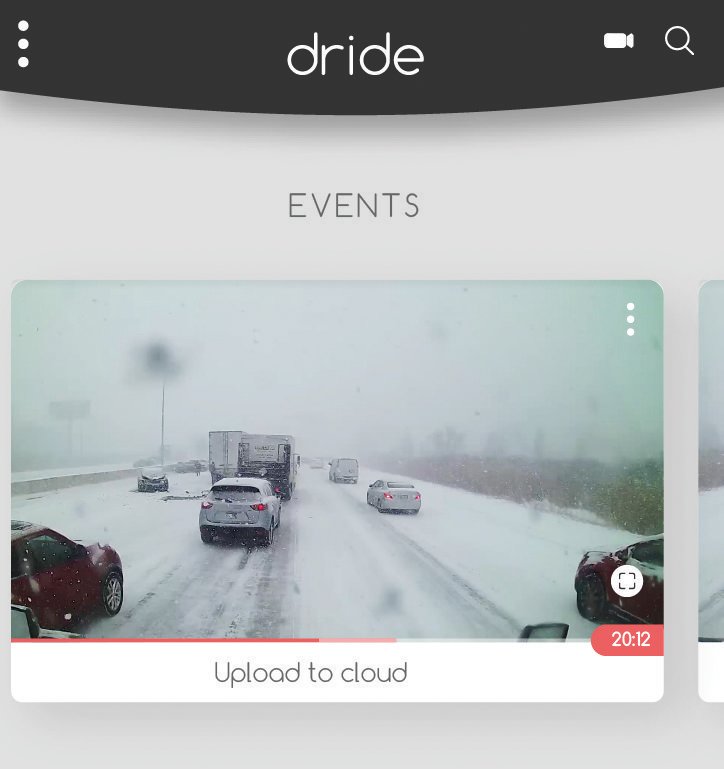 Yossi particularly recalls the first 150 Dride HATS: “I soldered every single one myself.” These days the units are built at a manufacturing plant in China before being shipped worldwide. Customers still buy as backers on the crowdfunding platform, choosing between an £80 Dride Zero with a single 1.4MP camera or the £121 model that also has a rear camera. However, paying is not the only option…

You can 3D-print and make your own Dride Zero with Raspberry Pi. Full details of Dride’s OS, API, and how to SSH into the system can be found on the Dride documentation page. To create your own Dride Zero, you’ll need a Raspberry Pi Zero or Raspberry Pi 3 and a Dride HAT. Download the DrideOS and use Etcher to write it to an up to 32GB microSD card. You’ll need to 3D-print your own case using the GitHub file – a boon if you’re keen to avoid the standard black case of the original Dride Zero. At some stage, Dride may sell the case separately. 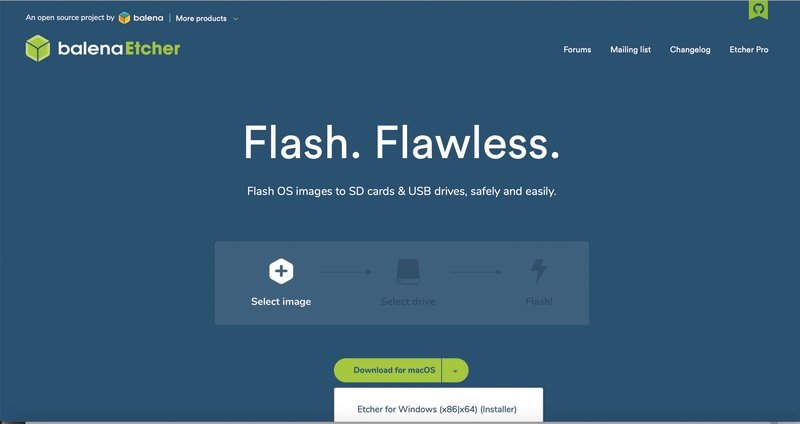 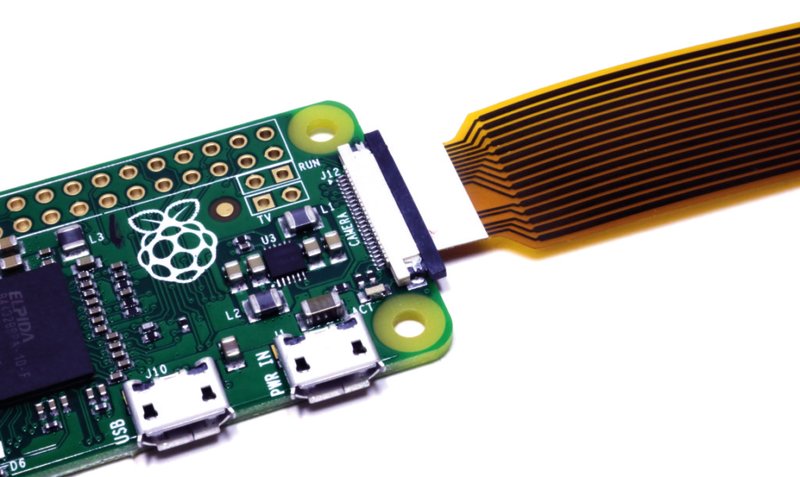 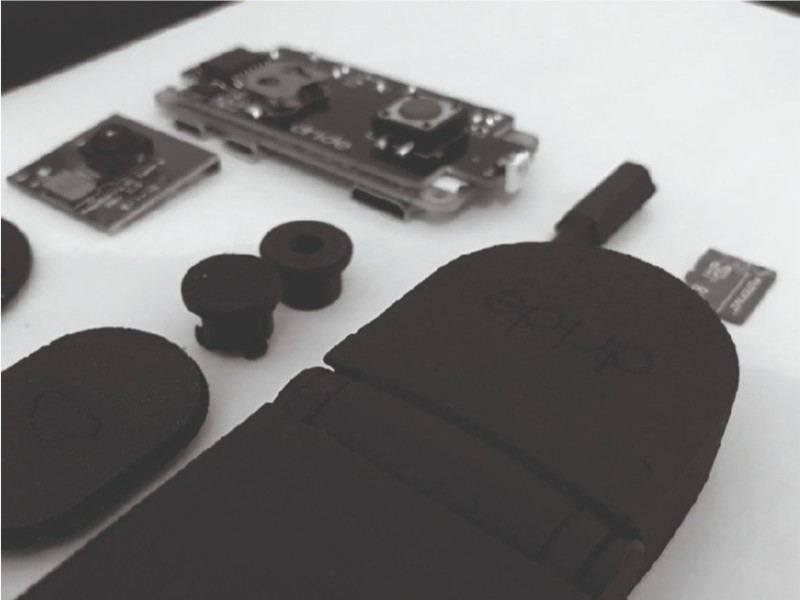