In his spare time, games developer and maker Kevin loves to tinker with all things retro: “I like to design new NES games using 6502 Assembly” he tells us, deftly setting the scene for how his Callisto II retro computer design came about. A hardware-based project, Callisto marries Kevin’s enjoyment of 3D design and printing and his abiding love of retro gaming.

“It started in 2019 when I really wanted to 3D-print a full-sized retro or a terminal style of computer,” says Kevin. “When I was looking all over the web, I was surprised that this sort of thing didn’t exist. I saw lots of mini 3D printable retro computers and they were really good, but I wanted a full-size one that I could use for everyday tasks. Since this didn’t exist, I had to make one.” 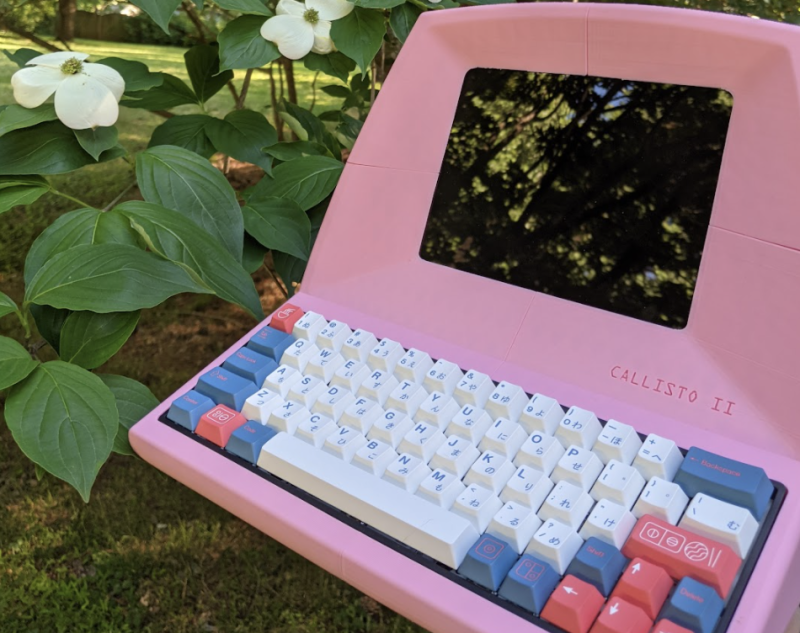 Raspberry Pi was the obvious choice for the hardware to power his dream of recreating the look and feel of a 1980s computer. “I needed a desktop OS to make my retro computer very functional,” he explains, “[and] Raspberry Pi is an inexpensive and very capable computer.”

Kevin has previously designed two retro computer cases. The first, Callisto J-29, “was very rough around the edges” while the second one, Europa, “was too heavily inspired by the original Macintosh.” For Callisto II he wanted to top these first designs and “make something that was very easy to print and assemble, but still looked great.” He wasn’t prepared to compromise on computing power either - hence his choice of Raspberry Pi. 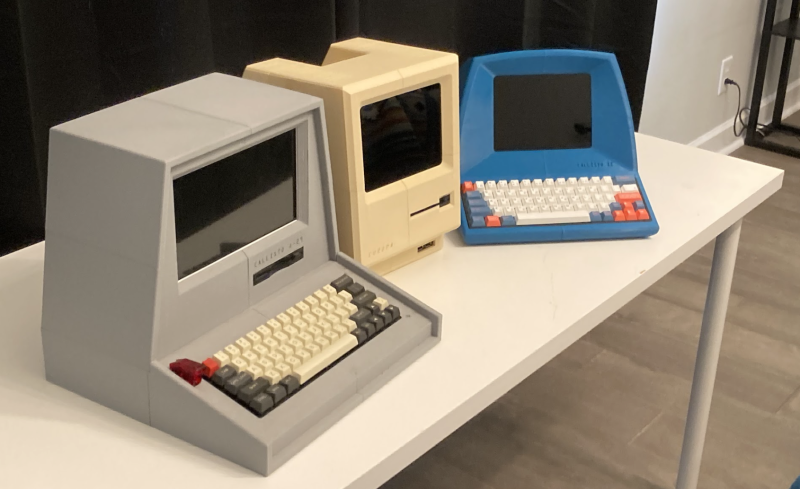 Despite his experience with 3D printing to date, Kevin says the trickiest part of the design was modelling the curves, as he’d not done this before. He persevered, knowing the curves would set his design apart from others. It was also a challenge to find a true 4:3 LCD screen that was inexpensive and readily available, he says, but rarer still to find a retro computer that used the 16:9 aspect ratio of modern displays. He was eventually able to source an 8-inch Pimoroni display to give Callisto that all-important 1980s look.

Callisto’s design is inspired by several real retro computers such as the ADM-3A, Zenith Z-89, and Hazeltine 1500, but with no 3D-printable, full-size retro computers available online for comparison, Kevin was on his own when it came to working out the dimensions and 3D design. 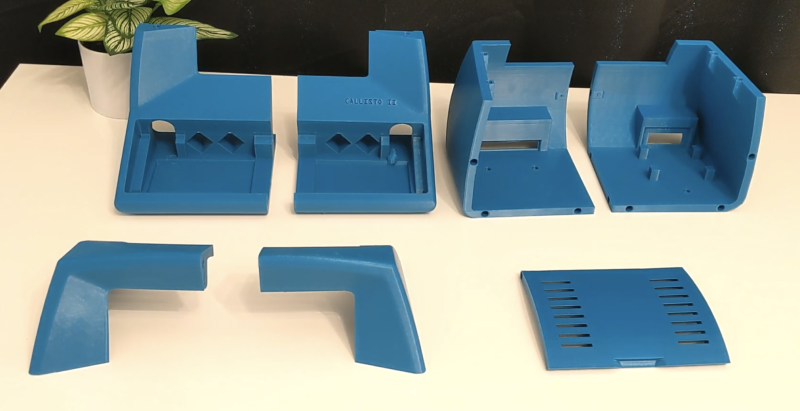 Kevin tried to use readily available parts from online retailers for most of the project. “Not only did I want this to be super-easy to print and put together, I wanted it to be easy to find the parts [and be] something you could put together for an easy weekend project (assuming you spent the previous week printing all the parts),” he says. You don’t even need glue as all the parts have been designed to snap together, but you should ensure all the electronics have room to breathe, he cautions. 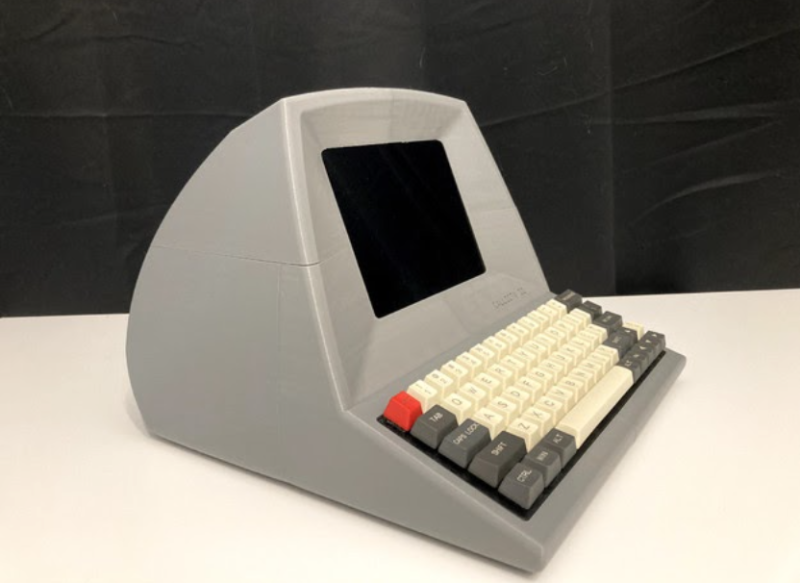 The project cost roughly $250 and involved printing six parts on a Prusa Mini 3D printer that each took a day to print. When sourcing a suitably tactile 60% mechanical keyboard, Kevin suggests choosing one that has blue switches. “These give the loudest clicks,” he says.

Kevin stuck with Raspberry Pi OS, but part of Raspberry Pi’s appeal is that you can load games and emulators to make it look and run however you want, he says. RetroPie is an obvious choice here. For more ideas on mimicking Callisto’s retro looks with retro programs, take a look at Retro Computing in The MagPi issue 88.