The awe-inspiring wonders of the night sky encouraged a keen stargazer to find a better way to capture their beauty. Rosie Hattersley gets inspired

Joe Kutner (aka Codefinger) is a software architect at Salesforce.com, where he works primarily with Java and other open-source technologies. He’s published several books about programming with Ruby and Java. He enjoys amateur astronomy, mostly observationally, but he also dabbles in astrophotography. 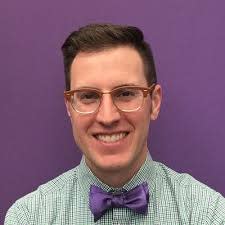 Joe says there’s nothing worse than taking hours of astrophotography images only to find out your telescope was drifting, causing the stars to look more like lines than points. To protect against this kind of misalignment, he needed an autoguider: a computer and camera that track a star in the telescope’s field of view to ensure that it stays in the same position throughout the session. 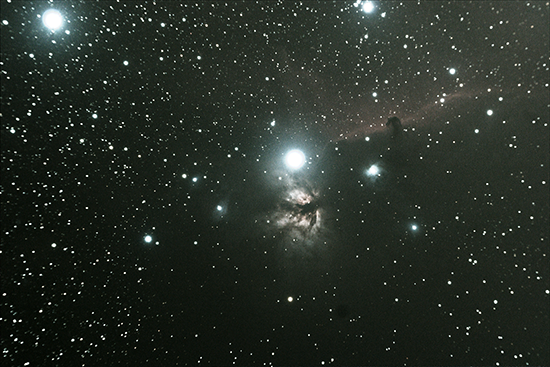 “The main goal of my project was to get rid of the laptop,” Joe tells us. “I needed to control my telescope in the field. I spend enough time in front of a computer at work, and the laptop took the fun out of observing. It served an important function, though: controlling both my camera and my mount. Without it I would only be able to take very short exposures of the moon and planets.”

Joe considered using an iPad or a Microsoft Surface instead, but both were far too expensive. He wanted to keep the build cost below $100, and neither worked well with his chosen software.

Instead Joe picked up a Raspberry Pi, a case, and a touchscreen for less than $100, and added a red plastic cover so he was still able to use the setup in night-vision mode. These work alongside the various bits of astronomy kit Joe uses regularly on his stargazing missions. 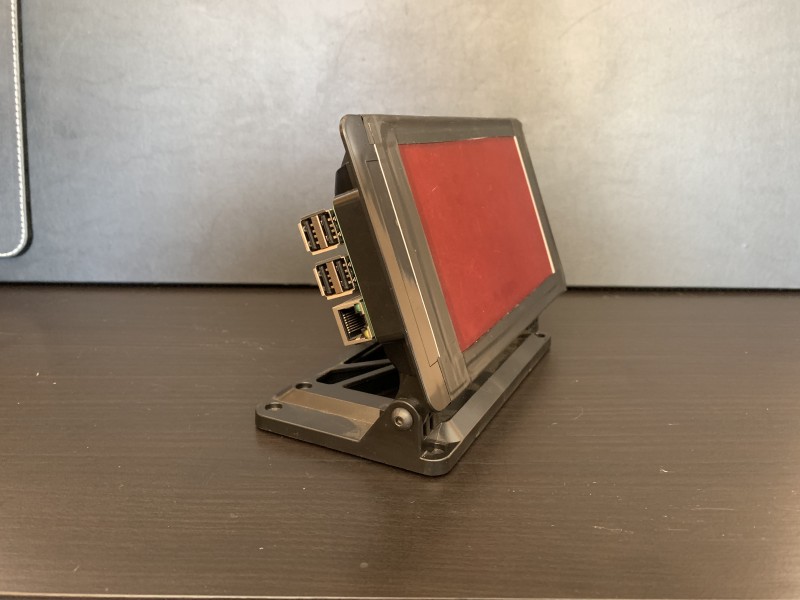 He wrote scripts to automate the software so he could just use the touchscreen, without a mouse or keyboard. But for the most part, things worked without customisation.

“Every step in the process had its challenges,” Joe recalls. “I would install one piece of software and then find out it wasn’t compatible with some version of another piece of software I needed. When I finally got everything running, it wouldn’t talk to my telescope until I installed yet another version of the software. There were dozens of these little paper-cuts, but in the end it was worth working through them.”

Joe also says the hardware he chose worked perfectly from day one. Any tweaks he made were “mostly minor issues like figuring out how to install the correct version of a particular camera driver”.

His Raspberry Pi now has an on-board autoguiding system for his astrophotography rig. Because Raspberry Pi attaches to the base of the mount, it’s easily accessible. Unlike using a laptop, there’s no need for an extra table or complicated wiring. Joe says the setup is perfect for his needs: “I can roll my telescope onto my driveway and start imaging in just a few minutes.” 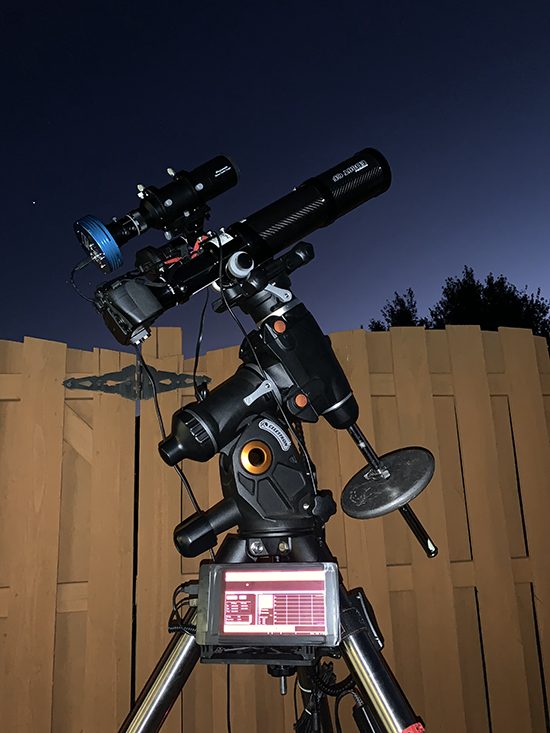 Now that Joe has successfully built a fairly portable astrophotography rig, he sees its potential for explorations further afield. He’s keen to try out his autoguider with other types of astrophotography kit such as the ultra-compact Sky-Watcher Star Adventurer series of mounts. “When combined with my Raspberry Pi,” he says, “I could take the whole rig on an airplane as carry-on. That would give me access to some very dark skies.” 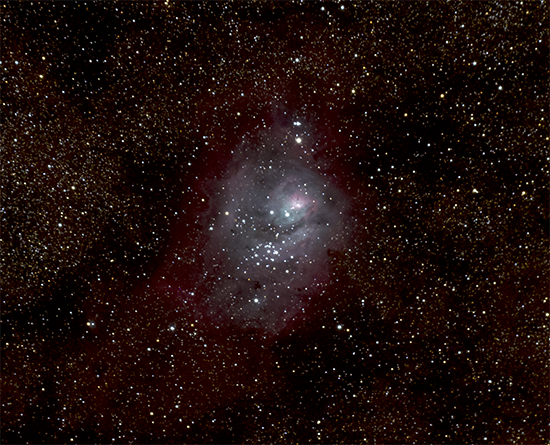 1. Start with a fresh installation of Raspbian and download the package for libnova 0.14. You can find the install instructions at Joe’s GitHub page.

2. Use the GitHub instructions to build INDI, the software to connect Raspberry Pi to your digital camera and mount. Install the Atik camera driver if needed.

3. Install and build PHD2 autoguiding software, then start the INDI server so it looks for the camera and mount. Save the profile for future reference. 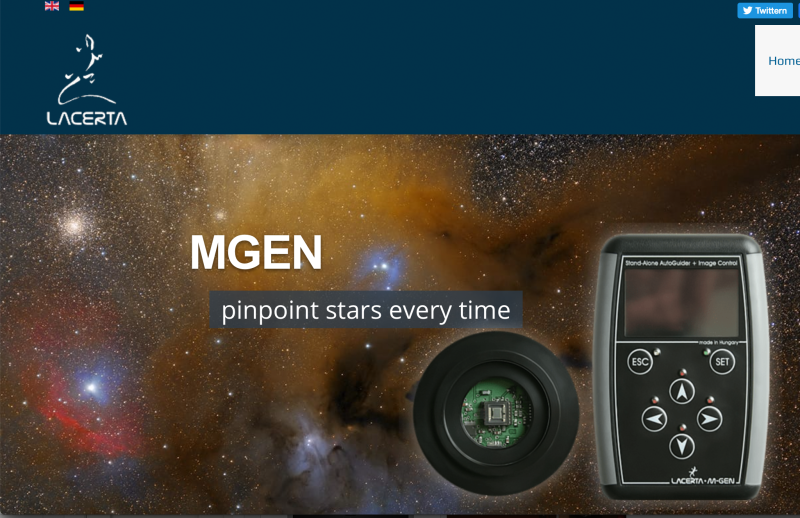 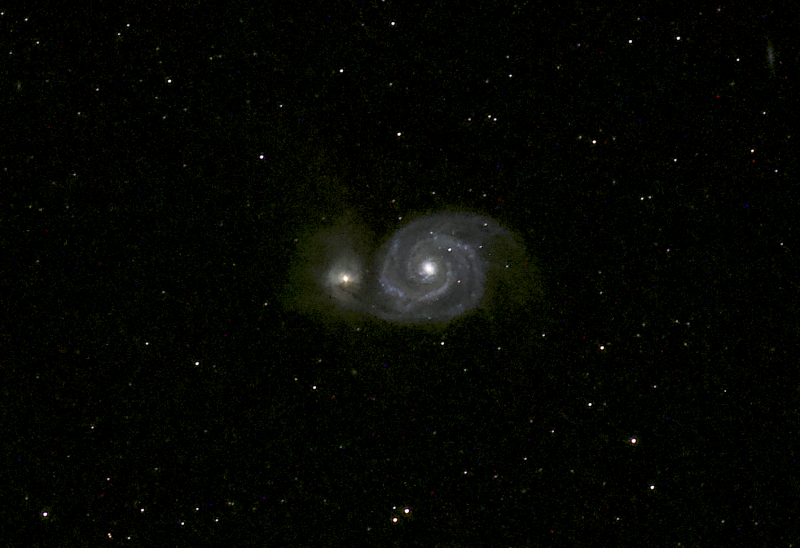