Since February this year, NASA’s Perseverance rover has been trundling across the surface of the Red Planet as part of the space agency’s Mars 2020 mission. Its cameras have taken many amazing photographs of a barren landscape and eerie sky, attracting millions of viewers and inspiring a new generation of scientists and engineers.

Tomasz Burzy is among those enthralled by NASA’s endeavour. “I became interested in robotics a while ago and love seeing the work of NASA’s Jet Propulsion Laboratory and Boston Dynamics,” he says. “The Mars rovers quickly became my favourite pieces of engineering and when I saw Perseverance, I wanted to build a replica.” 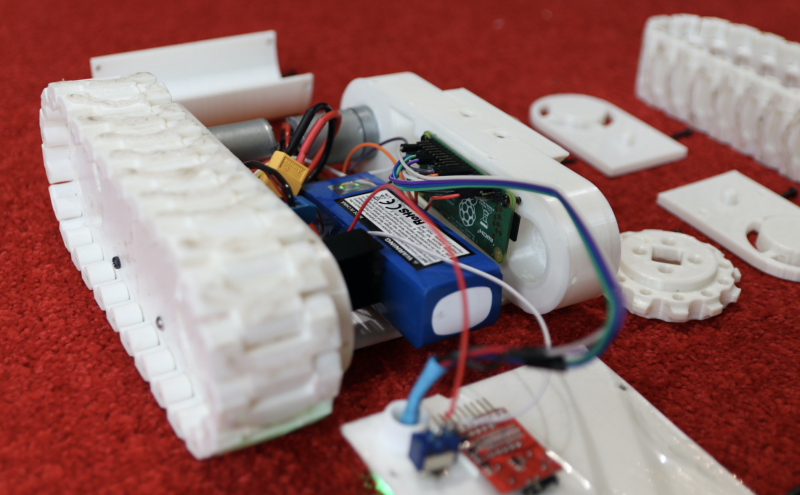 Unfortunately, Tomasz had no experience of making a remote-control vehicle, so his partner suggested he should work on something a little smaller first. This led to the creation of a tinier tank called Zippy which he based around a Raspberry Pi Zero W computer. “It’s helped me become acquainted,” he says – although his dream of replicating the rover is still very much in mind.

Since starting the project, Zippy has evolved and the latest version – 3.0 – is an impressive build. It makes use of a printable modular tank model designed by Nahuel Taibo. It also uses an L298N H-bridge motor driver to operate 12 V high-torque metal gear motors, powered by an 11.4 V lithium polymer battery. 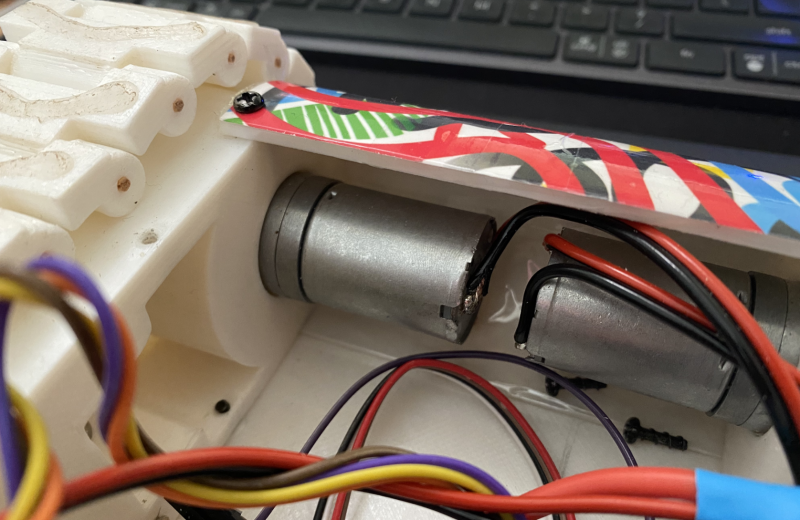 One version of his code uses a web server to access Zippy remotely; another allows the tank to be controlled using an Xbox One gamepad. The decision to use Raspberry Pi Zero W was primarily driven by the small amount of available room inside the plastic model, but Tomasz found it works perfectly well.

“Zippy doesn’t have a lot of space inside of him after you put in the motors – once the motor driver and the battery are in there, it gets pretty cramped,” he explains. “But Raspberry Pi Zero W fits in perfectly and it’s a powerful enough computer to allow me to add features later on.” 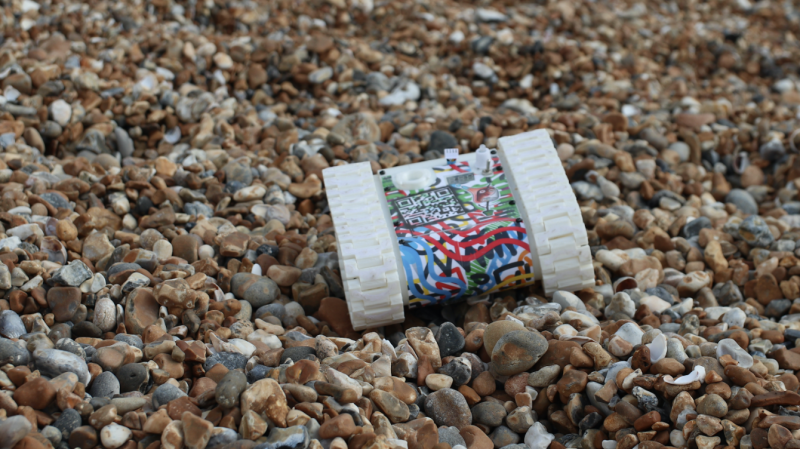 To get things moving, Tomasz had to spend time writing the code. “I only learned Python at the start of 2020, but I’ve been working with electronics on and off for a while,” he tells The MagPi. He used a Python library called approxeng.input to get the Xbox One controller working. “It lets me connect almost any control to Raspberry Pi and use its inputs,” he says.

Room for a view

To top things off nicely, a camera has been placed onto Zippy. “I mounted an action camera because Zippy has an interesting low-to-the-ground point-of-view,” Tomasz explains. “During one of the test drives, a fox became interested in Zippy and we got some great close-ups. Sadly, that footage was lost when my NAS failed.”

Despite such a setback, Tomasz hasn’t lost heart and he intends to continue to persevere with his Perseverance-inspired build by making future improvements. As it stands, Zippy struggles to ride over sand, rocks, and long grass, but it makes light work of carpets and flat ground and can zip around at a fair old speed. “I’d like to add headlights or a first-person-view camera,” Tomasz reveals. The sky really is the limit for a project such as this.