Wind back the clock with this chunky wristwatch

If Microsoft had designed a smartwatch back in the late Nineties, it might have looked something like this! Michael Darby, aka 314reactor, has built a chunky, Pi-powered wristwatch running the Windows 98 operating system.

While he admits the ancient OS used to drive him mad back in the day, he has an odd nostalgia for it. “Many years later you look back on it and want to relive it. I think time has a funny way of keeping more of the good than the bad within memory.”

The full article can be found in The MagPi 57 and was written by Phil King.

Once he’d accrued the required components, including a Raspberry Pi Model A+, it only took a few hours to put together. There’s a tutorial on his site you can follow. 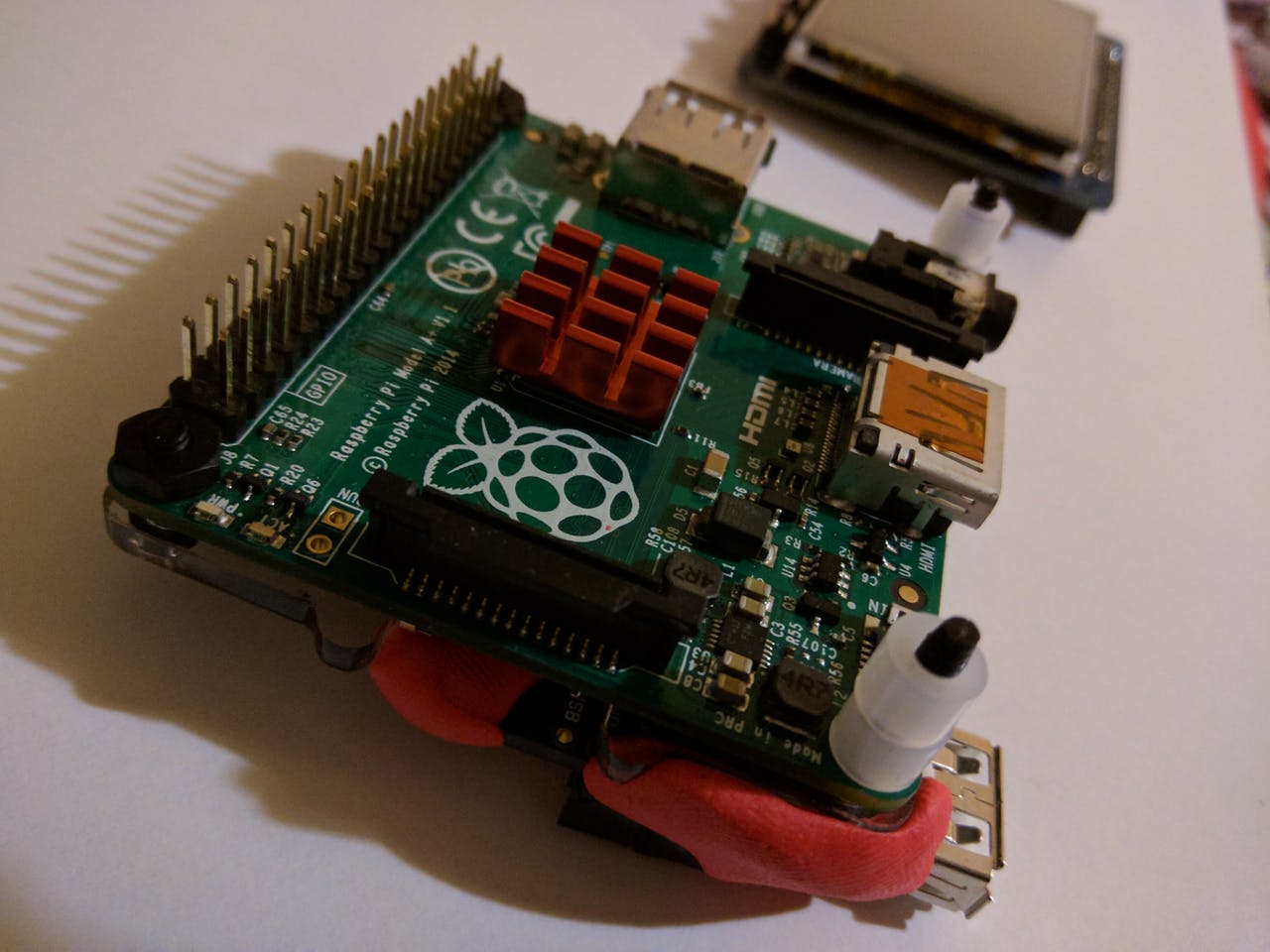 The Pi A+ sits in the bottom of an Adafruit Pi Protector case with a PiTFT 2.4‑inch HAT touchscreen on top. Five tactile buttons have been added to the latter, although only one is currently used – to shut down the system cleanly. The watch is powered by a slimline LiPo battery connected via a PowerBoost 500 with switch, while Velcro feet secure the watch body to a wrist strap.

Emulation is employed to get Windows 98 working on the watch, using the QEMU hypervisor running in Raspbian. “Its relatively simple,” says Michael. “Once you’ve set up a QEMU environment on another PC and installed Windows 98 to it, it’s a case of dragging the virtual hard drive file over to the Pi and running it there.”

When the Windows 98 system eventually boots, it really does work, although Michael admits it’s too slow to be usable and touchscreen navigation is tricky. “I need to look into calibration, I think, or it could be an issue with the way QEMU works when launched from the command line.” 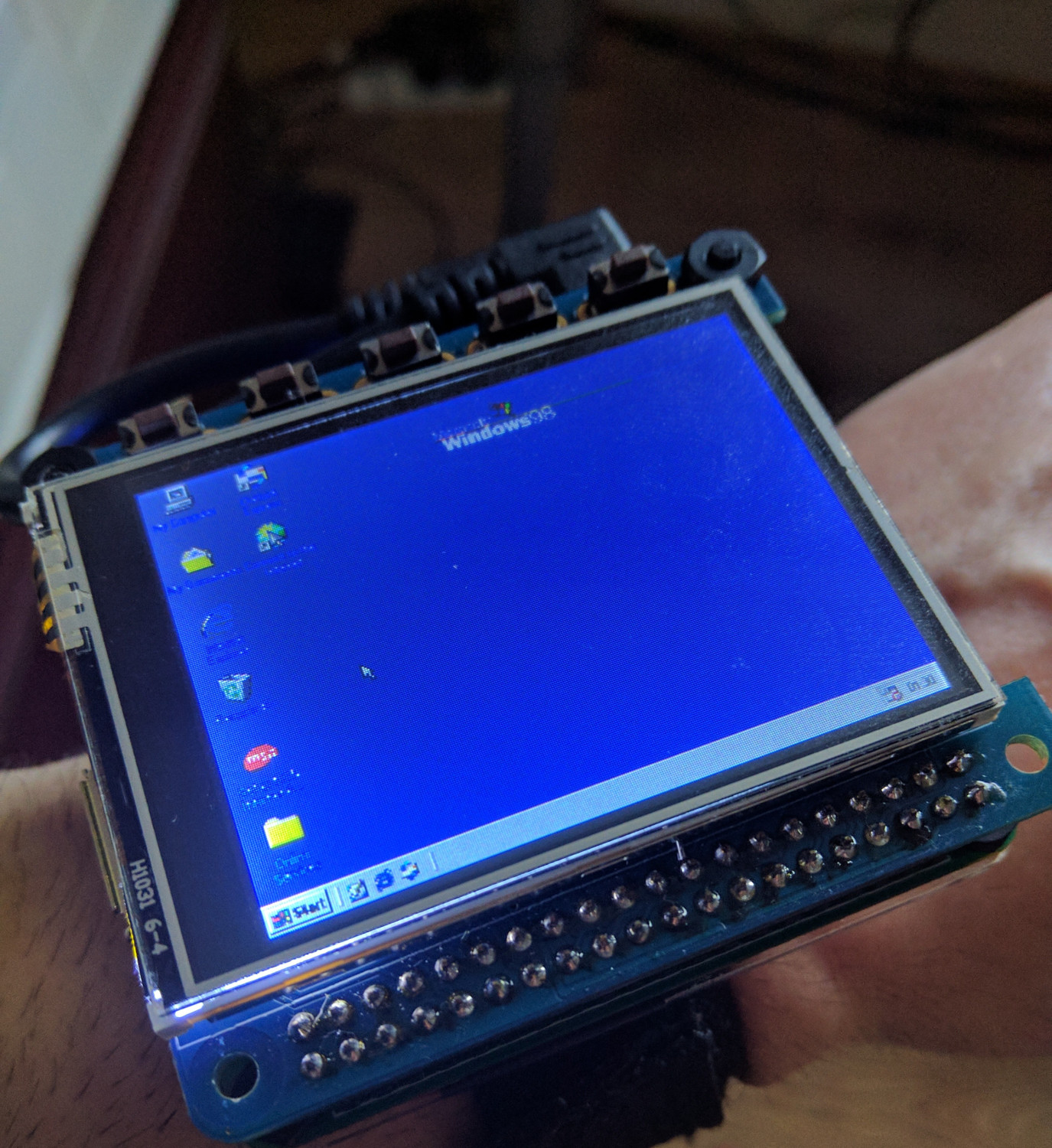 Even so, Michael is eventually hoping to get classic 3D shooter Doom running on the watch, once he’s overcome a technical issue: “I can’t find a way to create a virtual graphics card on QEMU on the Pi that will allow Windows 98 to run in 8-bit colour.”

While Michael has considered using a Pi Zero for the watch, he has a different plan for an upgraded version: “It could be made marginally slimmer with a Pi Zero and it would give a bit of a speed boost… I am thinking of going the other way, though, and using a Pi 3 in future.” Although this would be even bulkier, it would run a lot faster as the Pi 3 handles emulation far better. “I can potentially put a bigger screen on and have multiple operating systems selectable from the buttons, such as 95, XP, and even something out there like ReactOS or some random Linux distro.”

In the meantime, Michael has received plenty of positive feedback for his Windows 98 Watch, which he wore to Raspberry Pi’s Fifth Birthday Bash. “The reaction has been crazy; I never expected it to take off like it did, but I’m very happy it did and it has inspired me to create more and work harder.”