"I'm grateful for finishing this project,” says maker Eunice Lee as she holds a button while speaking into a large silver microphone. A printout of the sound waves produced by her voice emerges from the device’s thermal printer.

This is a demonstration of Waves, a side project created by Matt Zhang with Eunice Lee and Bomani McClendon, students of design and computer science at Northwestern University in Illinois.

The full article can be found in The MagPi 61 and was written by Phil King.

“During our first meeting, we shared some inspiring hardware projects we’d seen, and had a brainstorm session where we drew out lots of wild, funny, and weird project ideas on Post-it notes,” recalls Bomani. “Afterwards, we voted on the ideas and filtered them by feasibility, materials cost, and (most importantly) excitement. We chose Waves, and later learned that Raspberry Pi would work well for the project.” 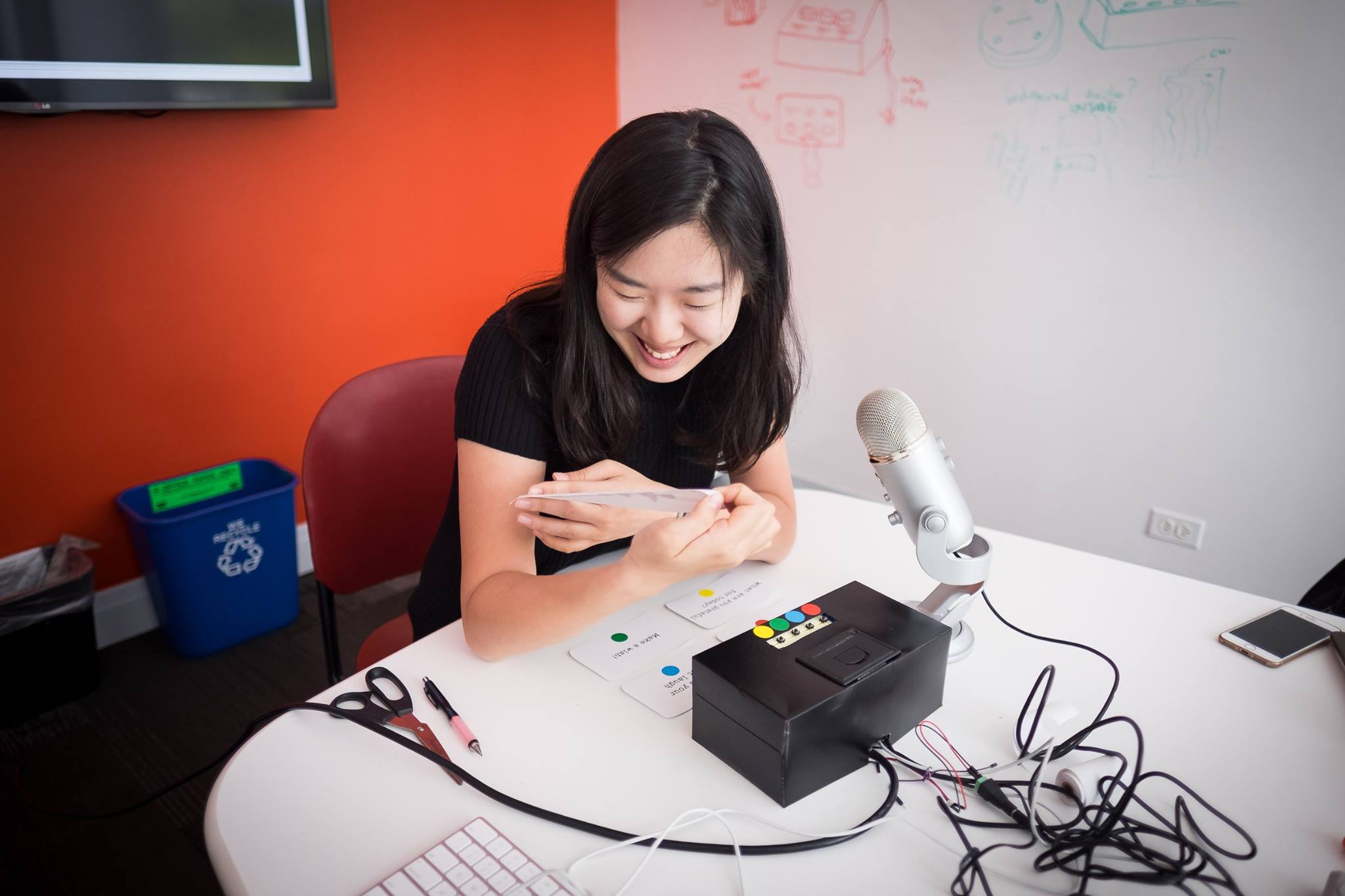 Meeting for weekly sessions, it took the trio two to three months to create the finished project. “We encountered a fair number of problems during every work session, but we managed to overcome them by the end,” reveals Matt.

“Having a couple of ground rules set from the beginning really helped,” reckons Eunice. “For instance, we decided to always meet once a week and to commit to a project that would take less than ten hours to build. This kept the project lightweight, fun and stress-free.”

“For me, the best part of this project was getting to work with Eunice and Matt,” says Bomani. “We had a lot of laughs during our sessions.”

“We all brought different skills to the table, but a mutual excitement for Waves and what it could be,” adds Eunice. 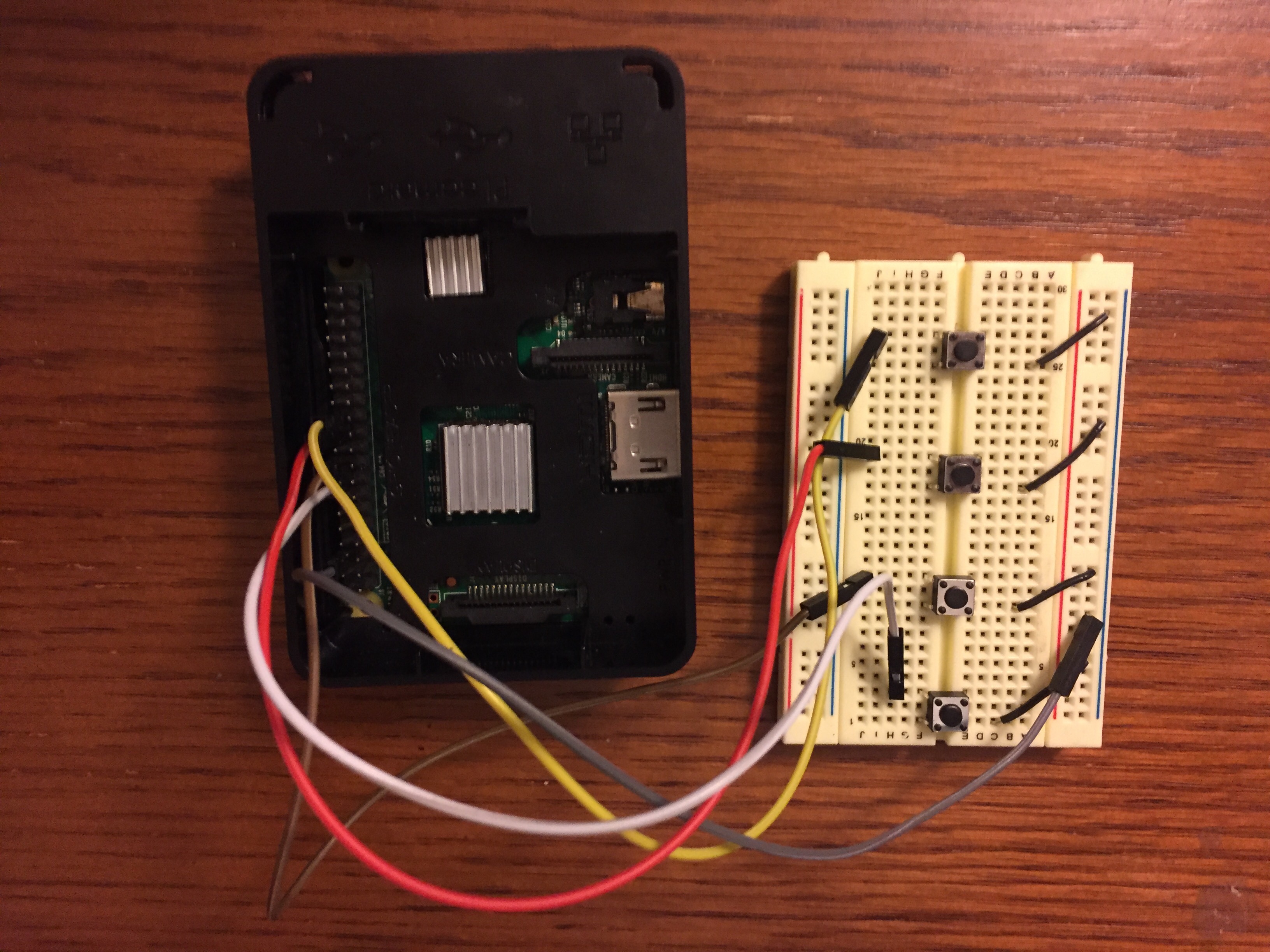 After brainstorming ideas for open-ended questions for users of Waves to answer, the team narrowed them down to the final four. “We wanted the questions to be personal and reflective,” explains Eunice. “That way, receiving a print of the sound waves would mean more to the participant.”

A Python script converts the recording of the user’s answer into a graphical waveform to print. “The programming wasn’t too tricky, since we borrowed a lot from open-source Python code,” says Matt. “The plots take up the same amount of paper, no matter how long the recording is, but we have to manually adjust the volume on the microphone, to make sure that the audio doesn’t blow out or disappear entirely.” 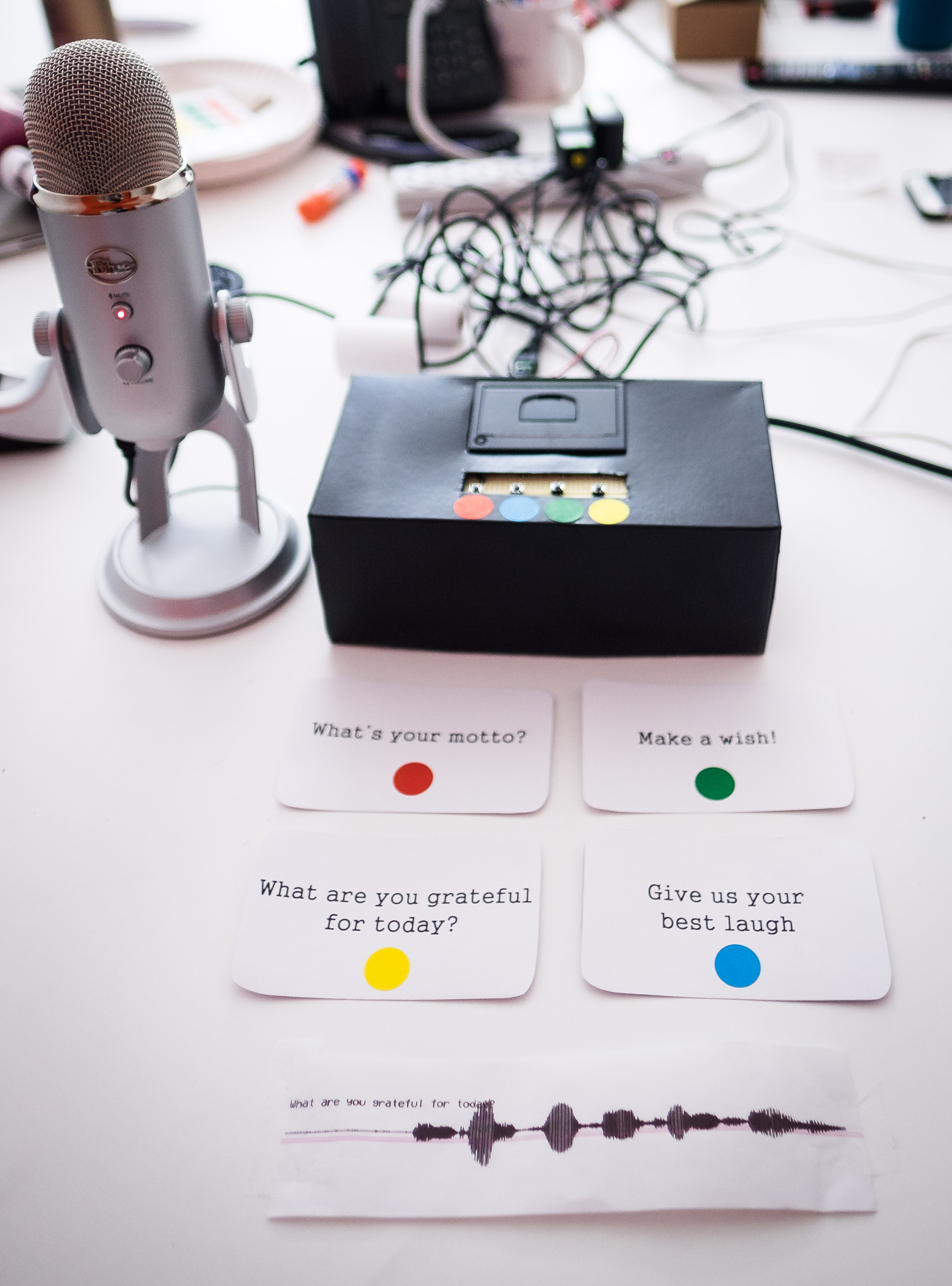 The result can also be uploaded to a locally hosted website, which was displayed on a monitor during an annual Design Expo at the university. “The idea for the website was that people could see other people’s sound waves and wonder what was said,” says Eunice. “It was a really fun addition that turned some heads and made people interested in what our project was.”

Eunice was delighted with the overall reaction to Waves: “It was really great to see people’s faces light up when they finished recording and saw their sound waves being printed. […] The best part was being able to give that to the user and say, ‘You can keep it!’.” 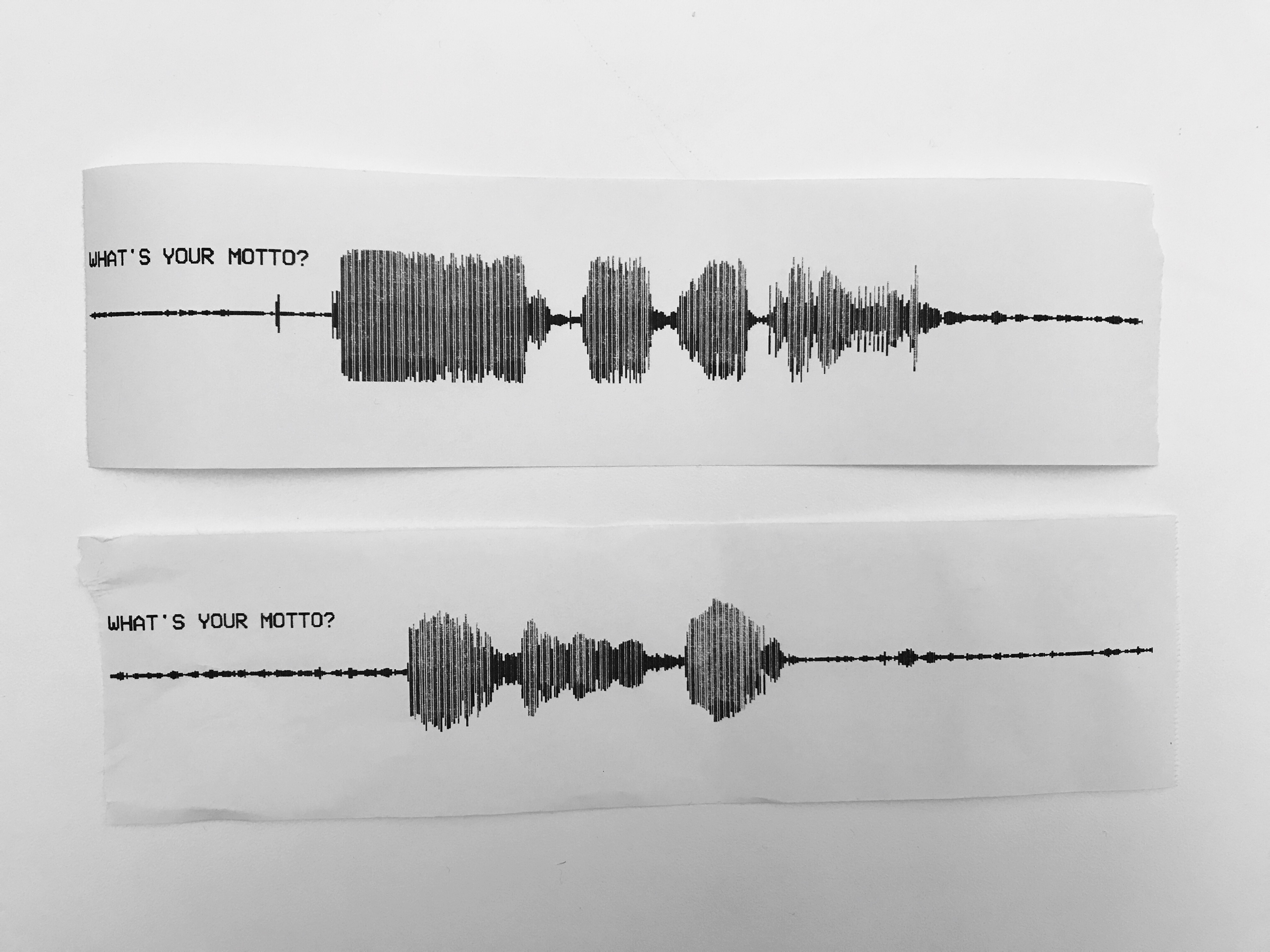