The build contains four Raspberry Pi 3 boards in stackable cases. These are hooked up to a Syscooling SC-300T Pump Water Cooling system

Tygon R3607 tubing is used to carry the coolant to Alphacool MCX One Copper Edition miniature water blocks (sitting on top of the CPUs).

A Netgear 5-port switch is used to connect the Raspberry Pi devices together. These form a bramble, which can be used to learn supercomputing tasks.

Explaining why Rasim says: "I think it looks freaking cool."

There's a long list of required components. The supercomputer itself needs cases, a port switch and Ethernet cabling. On top of that, you need to buy four Raspberry Pi 3 boards and four power adapters.

Meanwhile, the cooling system needs all the pumps, tubes, seals, and plugs and coolants.

So, this isn't a particularly cheap project. Neither is it incredibly practical. Sure you get a slightly faster supercomputer. But the Raspberry Pi isn't going to threaten the Sunway TaihuLight anytime soon.

In fact, you're better off running a cluster slowly to learn the concepts of cluster computing and supercomputing.

For all that, just look at it. Doesn't it look cool? We think it looks crazy cool. And if you want to trick out your Raspberry Pi with a water cooling system, then Rasim's tutorials are the way to go.

Rasim describes how to water cool a single Rasbperry Pi in another video. This tutorial explains how to set up an Alphacool MCX one system with a Thermaltake pump and tank. 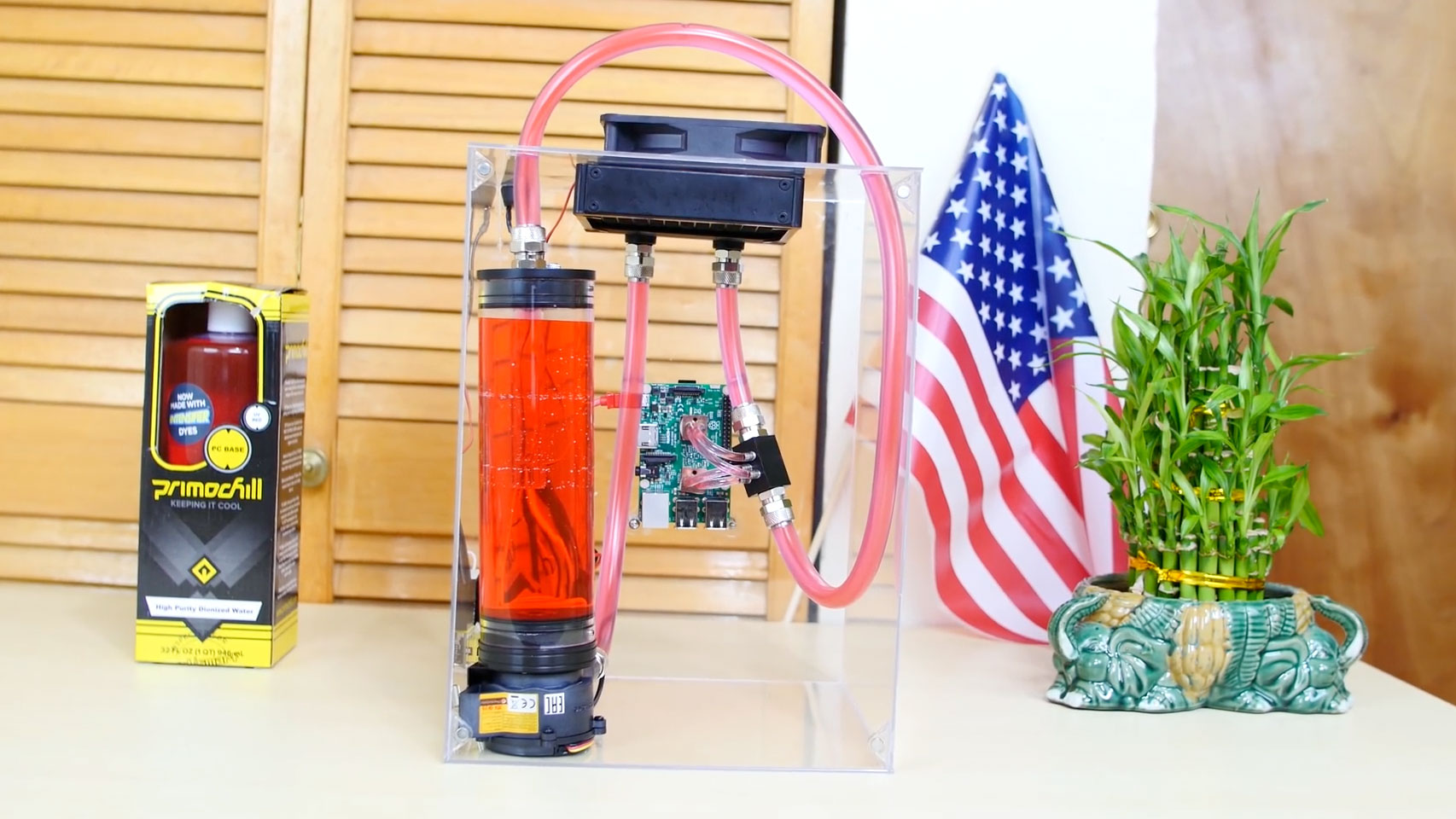 Tricking out a single Raspberry Pi with a cooling system is more practical. With a single cooled Raspberry Pi, you can run intensive software and keep your system nice and cool.