A tiny robot designed to make you smile? We see the funny side of it.

Cadin Batrack enjoys creating his own small comics, and likes to publish a new one every day on his Instagram account. Having decided to create a program to randomly generate high-resolution comics, he was inspired to take things a step further.

“Shortly after starting that project, I was invited to participate in a local comic show,” Cadin tells us. “I wanted a way to show off the random comic software at my booth, to let people generate and print a custom comic to take with them. The obvious solution was to build a little yellow robot that vomits comics out of his mouth.”

Out of the mouths of robots

Having created the random comic software using the Processing language, Cadin chose to use a Raspberry Pi 3 to run this and a Python script. The latter controls the robot’s LEDs, handles push-button input, and sends the comic images to a mini thermal printer connected to the Pi via USB. Cadin made a laser-cut plywood casing to hold all of the components, and the amusing little ‘Vomit Comic Robot’ was born. 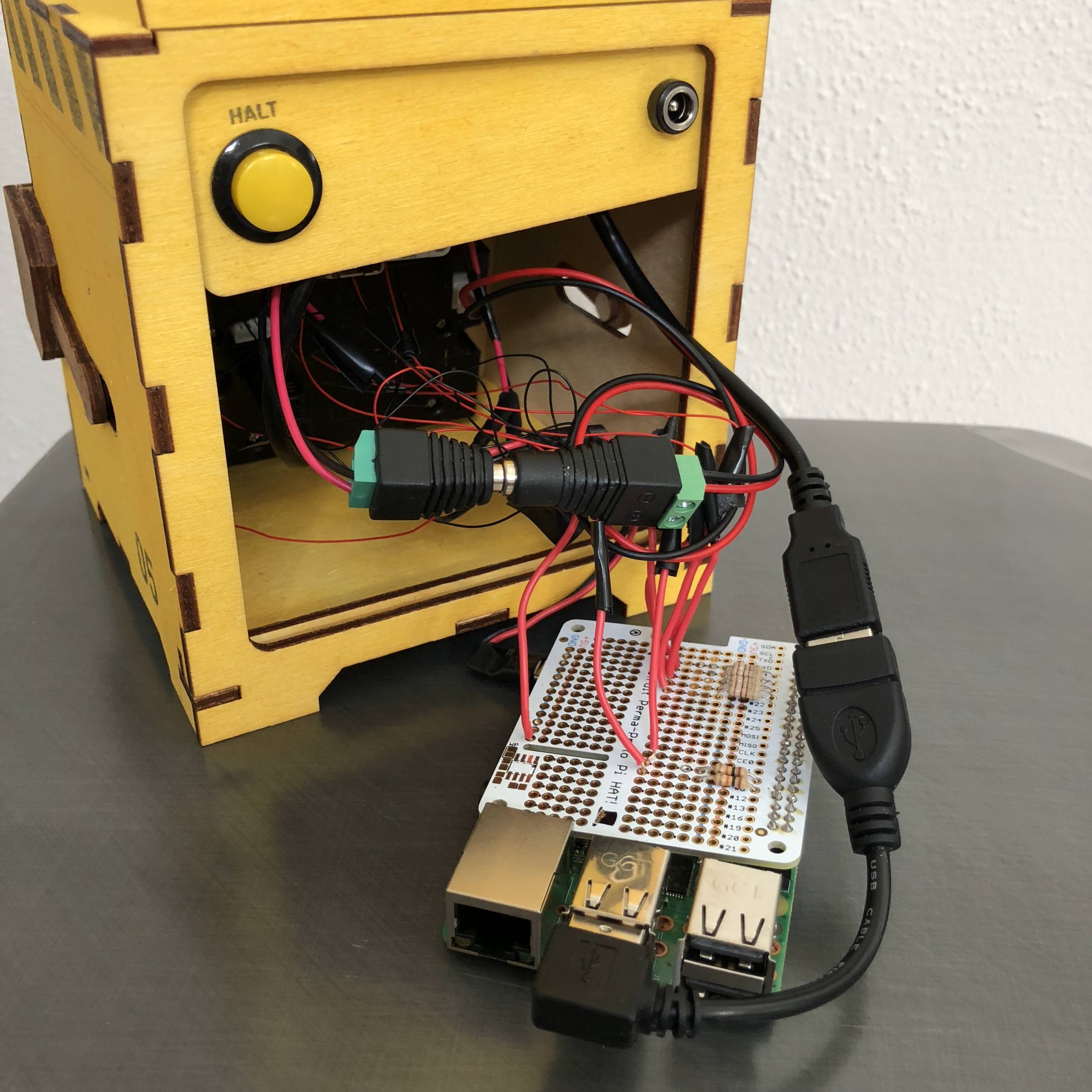 When the robot’s button is pressed, the Python script sends a message to the Processing sketch. “The sketch generates a random comic layout, and chooses some of my drawings to populate the frames,” explains Cadin. “It chooses at random from about 100 drawings. Each image has some associated data that informs how it should be composed within a comic frame. The final composite image is saved to the Pi’s SD card.”

The Python script then loads the image and sends it to the printer. “With each comic I also print the date, the comic number, and the name of the event.”

The robot that gags… gags, geddit?

Cadin hopes to tweak the robot in the future: “I would like to make a version that lets you choose a theme for your comic, like ‘food’ or ‘animals’ or ‘nature’. I imagine a big dial on the robot that lets you select the theme and then you get a comic with images from that theme when you press the button.”

According to Cadin, the project could easily be replicated using his comic-generating code, and makers can add their own drawings. “If you wanted to print something else (not random comics) it would be even easier, because you could leave out the Processing sketch entirely.” 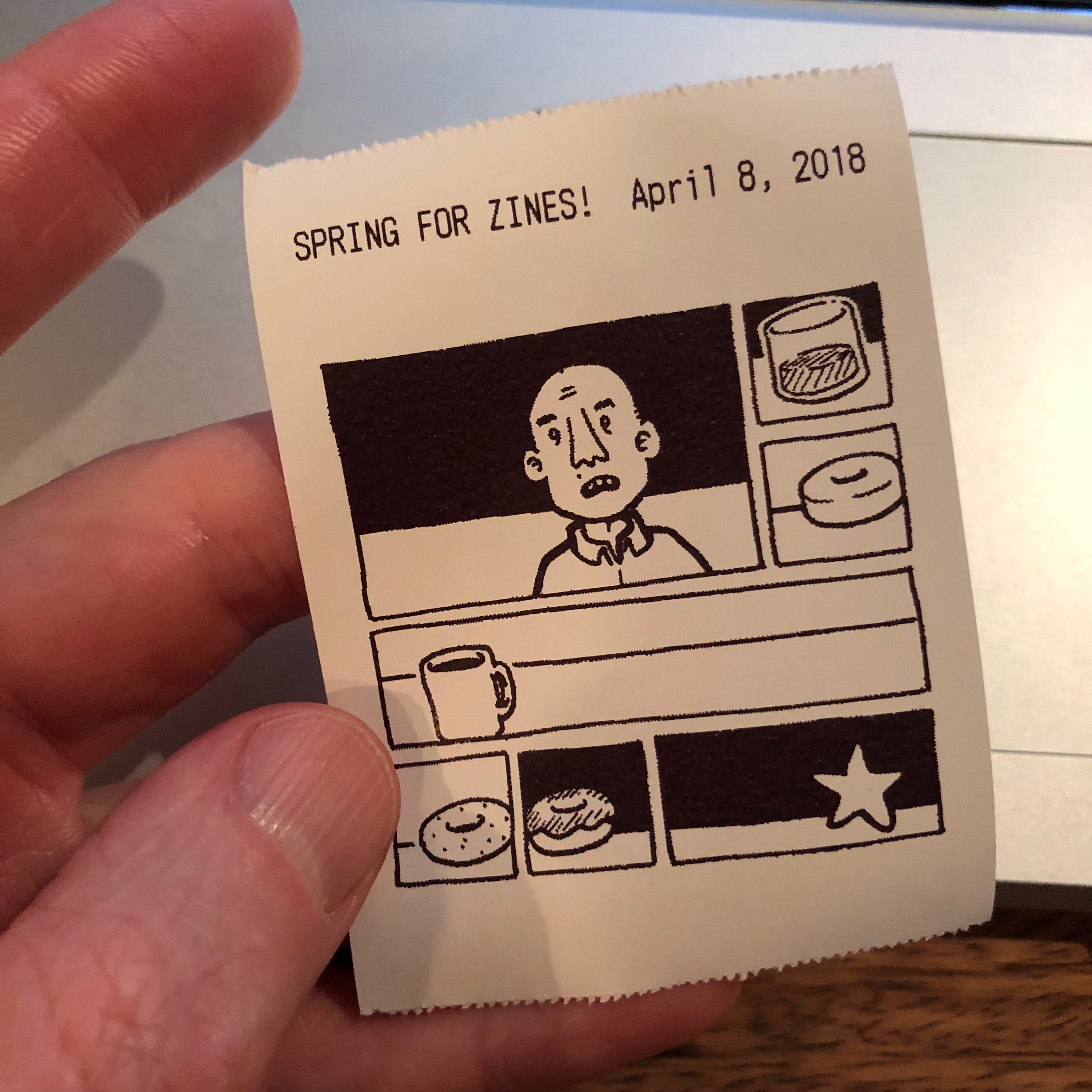 Cadin has received a lot of positive feedback on his humorous hack, but says he isn’t sure that people really understand what is happening inside the robot: “It would be nice if they could somehow see the comics being generated to understand that it’s happening dynamically, and not just printing out a pre-made comic.”

Some people have suggested adding more narrative to the comics, but Cadin isn’t sure: “I like that they come out as nonsense… He’s not a very smart robot!”
Vomit Comic Robot may not be smart, but this is one quipster guaranteed never to get stage-fright.