Raspberry Pi 400 is, with its integrated keyboard and tweaked performance, a modern home micro. This month, we’re going to pay tribute to one of the classic computers that helped inspire its look by emulating Sinclair’s ZX Spectrum, complete with the latest games and retro joysticks connected via GPIO. These use the D-sub connector popularly called DB9, also (more correctly) known as DE-9.

Also available in the RetroPie emulation distro we’ve used in previous tutorials, the FUSE ZX Spectrum emulator can be found in Raspberry Pi OS’s standard repositories, so installation is a bare minimum of fuss. Open a Terminal window and type:

This will install FUSE, its GTK and SDL frontends, and both open-source system ROMs and the original Spectrum system ROMs. Permission has been granted for free modification and distribution of the latter.

While the open-source ROM can only handle a limited selection of files, that spectrum-roms package will allow you to play a wide array of games, including the latest generation of technically spectacular releases for the platform.

Next, we’ll make sure FUSE is working with the ZX Spectrum port of Locomalito’s open-source classic, L’Abbaye Des Morts. In a Terminal, type:

Press F2 to open FUSE’s file browser, navigate to AbbayeDesMorts.tzx.zip, and press ENTER. The game should load and run automatically. For full-screen mode, press F1, go to Options, and select ‘Full screen’. Take note of the Filter option in the same menu, which lets you choose the emulator’s upscaling method: ‘TV 3x’ gives you some pleasing scan lines and the correct aspect ratio.

Step 03: Wire up your joystick port

Standard DB9 connectors split the nine pins of your cable into nine screw-down terminals. We found it most convenient to use male-to-female jumper cables for this, clamping the male tips into our DB9 breakout connector.

For a classic single-button joystick like the Competition Pro Retro we used, pin 1 is up, pin 2 is down, pin 3 is left, pin 4 is right, and pin 6 is fire. Pin 8 connects to ground – we recommend using a green cable for it. Some joysticks may require you to connect port 7 to a 3.3V power connector on the GPIO, but the Competition Pro does not. 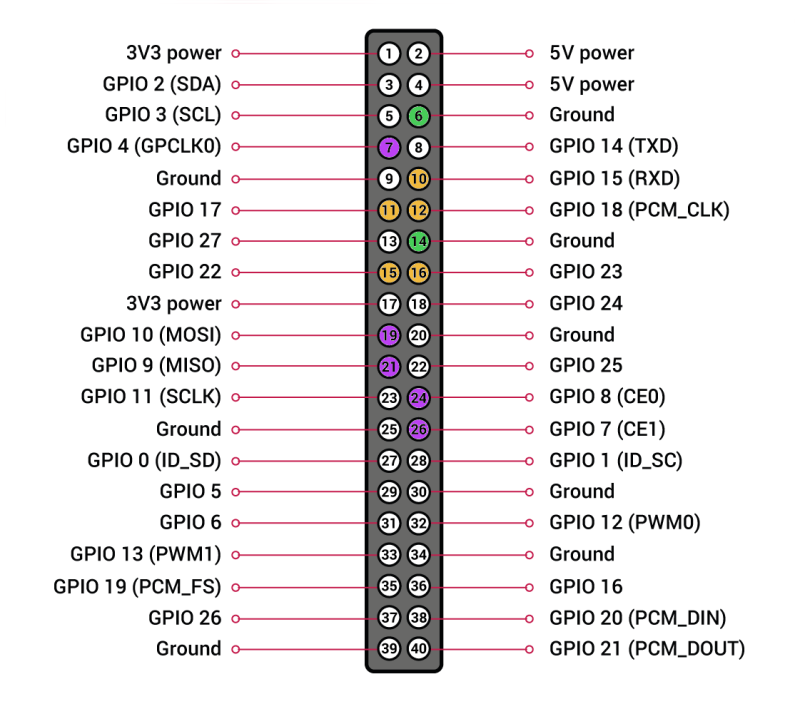 Wiring up the DP9 port to Raspberry Pi’s GPIO is a fairly simple process, although you’ll have to do some careful pin counting. On Raspberry Pi 400, pin 1 is at the top right of the horizontally oriented GPIO port and pin 40 is at the bottom left. Remember that GPIO numbers don’t correspond with pin position numbers.

For a reminder of where everything is, open a Terminal and type:

Our GPIO Connection diagram (Figure 01) shows where the female jumpers connected to your DB9 port need to go on Raspberry Pi. For a single one-button joystick, up goes to GPIO 4, down to GPIO 7, left to GPIO 8, right to GPIO 9, and fire to GPIO 10.

Let’s build the driver. Enter this in a Terminal window:

option defines what kind of joystick you’re using, with each number classifying a different type of joystick As we’re using a one-button joystick, would do it, but means we can connect a second stick of the same type to a second port.

Building and loading the driver won’t quite get us to a functional joystick, as the driver isn’t fully compatible with Raspberry Pi OS’s recent use of raspi-gpio instead of gpio. However, this is a great time to test your joystick to make sure that it’s wired up correctly

You should see your joystick in the peripherals list. When you click into it, if you’re using a Competition Pro Retro or similar joystick, you’re likely to find that the fire button is jammed on and that the horizontal x axis is stuck at the left.

"Although many Spectrum games support joysticks, you’ll often have to enable support for these"

Step 07: Pull-ups are good for you

This is because your GPIO needs to be set up to handle the joystick’s pull-up switches. On a standard DB9 GPIO configuration, this script will do this for you. Create it using your preferred text editor and save it somewhere handy. We’ve put ours in /home/pi/pullup.sh.

Test it by running:

If the joystick is now aligned properly and the button isn’t stuck on, you’re in business.

You can also place the pull-up code directly in rc.local if you wish.

Once you're satisfied that your joysticks work, you'll want to load the driver module on boot.

After saving and exiting the file, enter:

This file should contain the following line:

If you’re using a different joystick and configuration, you’ll need an appropriate map, and possibly some extra GPIO connections, which you can find here.

Reboot Raspberry Pi and use

to ensure that everything is working as it should. You can now use the driver as a generic controller input device. 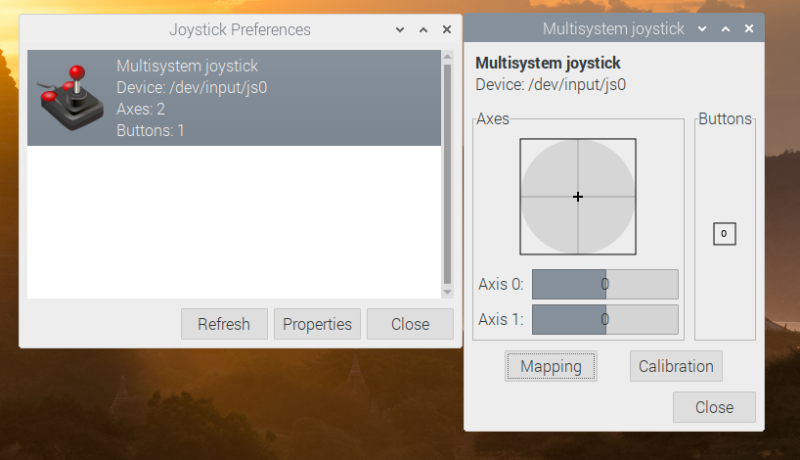 FUSE doesn’t enable joystick support by default, so we’ll have to set that up. Run

Note that some games may default to using Joystick 2, so you’ll want to configure both, even if you only have a single stick connected.

When you’re happy with your settings, open the Options menu, and select Save.

Although many Spectrum games support joysticks, you’ll often have to enable support for these. L'Abbaye des Morts enables joystick support by default, but its menus provide a good example of what to look for.

Load the game and then press C on the keyboard to access the control configuration. Pressing 1 here enables and disables Kempston joystick support. In other titles, you may need to explicitly choose to use your joystick to control the game if you want it to work.

The Spectrum’s been a long-time home-brew favourite, with software continuing to come out for years past its original availability. There’s been a resurgence in popularity of the platform with the release of a number of successors, most recently the ZX Spectrum Next.

As ever, the indie-friendly itch.io digital distribution platform is one of the best places to find both free and commercial releases for the Spectrum, and we’ve put together a list.

on boot for that authentic Spectrum ambience. In /home/pi/.config/autostart create a text file called fuse.desktop. If the directory doesn’t exist, create it. Add the following lines to your new tile:

at any point to return to Raspberry Pi OS’s familiar Pixel desktop.