This Trophy Camera only takes award-winning shots. With a Raspberry Pi inside, this camera uses AI to detect if shots captured are award-worthy.

The Trophy Camera uses AI to detect if photographs are award-winning. Two Belgian creatives have designed and made a camera that ‘can only make award-winning pictures’, thanks to an AI algorithm running on a Raspberry Pi.

The Trophy Camera has been ‘trained’ to identify what makes an award-winning image by analysing all the previous winning entries for the World Press Photos of the Year. When you take a picture with the Trophy Camera, the camera is programmed to ‘recognise, make, and save only winning photos.’

Intriguingly, the Trophy Camera doesn’t even have a viewscreen, merely a two-line readout that tells you whether the image you have taken is of award-winning standard or not. The project uses a Pi Zero W and the Camera Module v2.

Asked how the Trophy Camera works, Dries Depoorter, the engineer of the project, tells us, “Point the camera at your subject and press the red button… the LCD screen will then show what it sees in the form of labels, for example: inside, room, kitchen, blender. Then it will give the photograph a rating based on how much it looks like a World Press Photo winner. If the photograph has 90% of more correlation with the algorithm it has created based on the history of World Press Photo winners, it automatically uploads the picture to the website.”

“The idea for the camera came from a concern for the development of repetitive visual and aesthetic strategies in photojournalism,” says Max Pinckers, the other half of the Trophy Camera team, who is currently researching tropes in photojournalism for his PhD at the School of Arts in Ghent. “Press photography appears to be becoming a self-referential medium dominated by tropes, archetypes, and pop-culture references.”

The Trophy Camera, therefore, seems to be a tongue-in-cheek demonstration of the lack of creativity in what should be an intensely creative medium. 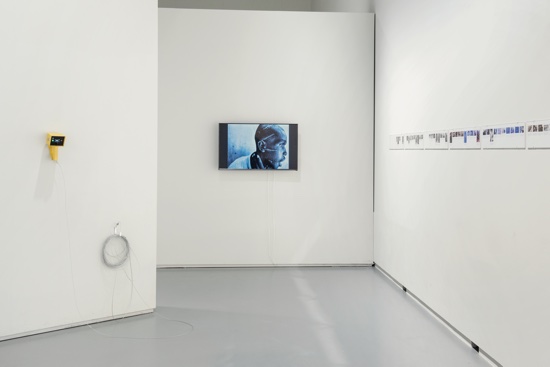 But can an AI algorithm discern arresting images from poor-quality ones? Dries tells us, “The technology in the camera searches for patterns in photographs and creates its own standards for evaluating them, but also functions on a deeper level that we humans cannot see or understand.”

The Trophy Camera is described as ‘v0.9’, and Max has great plans for a future update: “I wanted to build the camera so it’s real-time and checks real-time [for] award-winning pictures. For the moment, you have to press a red trigger. The next version is going to be real-time.”

He originally constructed the Trophy Camera with a Pi 2, “but then the new Raspberry Pi Zero W got released, and I ordered right away.” Fitting everything inside the case was tricky, “so the battery is really small… the biggest challenge was the software then the physical camera. I made it in ten days.”