Way back in 1983, a Japanese company called Tomy created one of the most remarkable toys of its generation: Tomy Turnin’ Turbo Dashboard was a driving simulator complete with gears, ignition, a working dashboard, a steering wheel, and even a looping display.

One maker, Matt Brailsford, picked up a Tomy Turnin’ Turbo Dashboard on eBay and had a spark of genius: why not turn it into a fully working Out Run arcade machine?

Matt removed the original display from the Tomy Turnin’ Turbo Dashboard and replaced it with a modern screen. “I tried quite a few [screens] trying to get one that would fit,” says Matt. His first attempt was a screen that worked from the GPIO, but this left few pins for all the other mods. “And the extra processing slowed the game down.”

In the end, Matt used a KeDei 3.5-inch HDMI display.

The original ignition key from the game was already wired as an SPST switch, so Matt wired it up to the Raspberry Pi. To manage the safe powering up and down, he used a PowerBlock. “I simply hooked up the switch and installed the daemon to watch for the shutdown command and it all worked perfectly. A Picade PCB was used to hook up the rest of the controls. Mike tells us it was “really easy to hook these up”, especially because the Picade PCB supports analogue controls for the steering wheel. 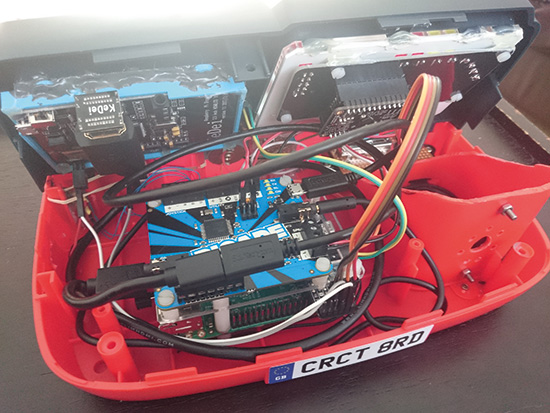 “There was a lot of luck involved as well,” explains Matt. “Lucky that the slide potentiometer happened to sit at the perfect height, lucky that there was just enough room for some microswitches to fit down the side of the gear shifter, and lucky I could balance the shifter rubber bands to keep the shifter centred… Ultimately it was just taking my time and thinking things through, then trying things out.”

You might be expecting the Raspberry Pi inside to be running an emulator like RetroPie, but no. It’s actually running an Out Run clone called Cannonball. Matt explains: “Cannonball is a C++ port of the original Out Run arcade game and luckily ran perfectly on a Raspberry Pi 3. The reason I went with this rather than, for example, MAME is that it allowed me to change the core code and intercept the variables I wanted to use to update the dashboard. You could probably achieve something similar in MAME by inspecting the register values, but having access to the raw source code is way easier.”

Matt tells us it’s fun to play. “It was a little squeaky to start with, but I had just tightened everything up a little too much. It runs nicely and brings back those memories as a kid. It’s how I thought it felt to play with back then.”

A Picade PCB controller is used to manage the steering wheel and gearstick, while the ignition key is connected directly to the Raspberry Pi via a PowerBlock microcontroller. 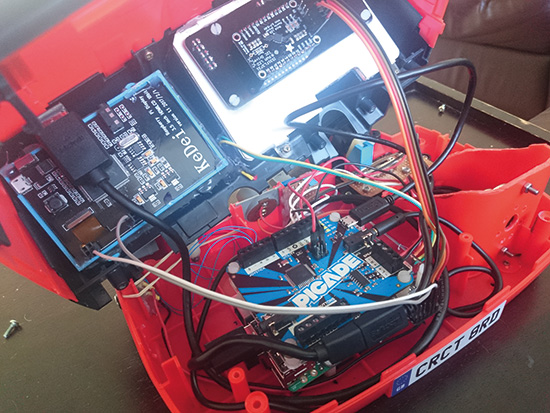 Getting a screen that fitted was the biggest challenge. This KeDei 3.5-inch screen fits directly into the cabinet and connects to the Pi’s HDMI socket (leaving the GPIO pins free). 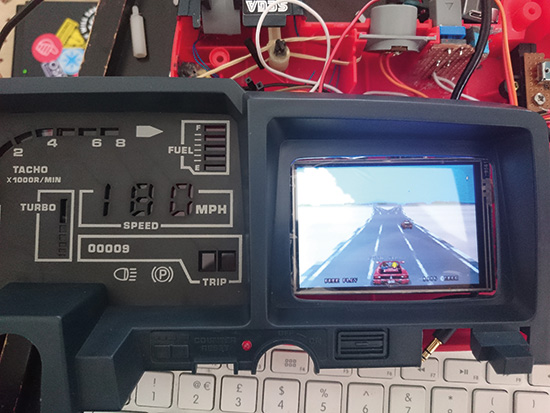 Matt ended up recreating the entire dashboard with specific cutouts for LEDs and other components. These respond to the in-game action for an authentic arcade experience. 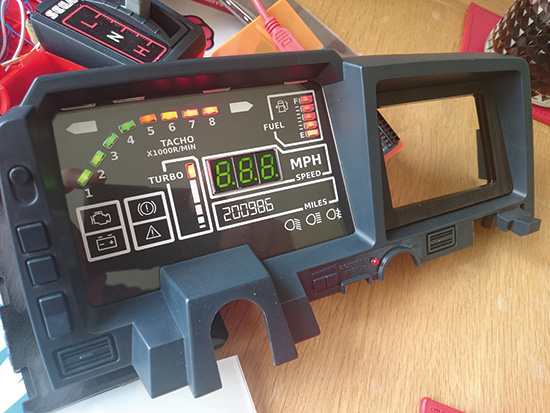