When New South Wales resident George Edwards wanted to make a Christmas present for his dad, he had the perfect idea. As his father owned a beautiful 1938 Austin car that he often exhibited at classic car events, George thought that making him a vintage radio to go with it, that played the songs from bygone eras to add a little authenticity, would be a great gift.

“I had thought a little music box which played content from the 1930s and 1940s would be an excellent addition to the car when it’s on display,” explains George. “After putting some thought into making one myself, the idea of having content from each decade in the 20th century somehow seemed more naturally appropriate.”

So, George set to work on a project that would take him around four months. For the hardware, he gutted a vintage-look NR-3013 radio bought from Amazon, salvaging a few components like the speakers, one of the potentiometers, and the lithium battery. 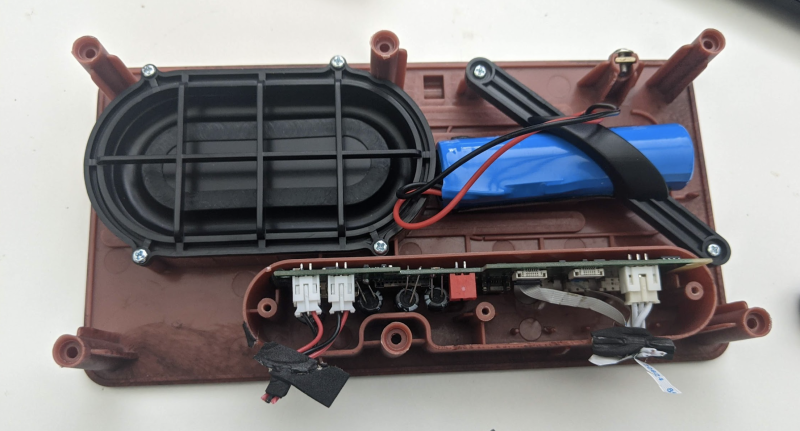 A Raspberry Pi Zero 2 W equipped with a Pimoroni Audio Amp SHIM (with built-in DAC) provides analogue audio out to the speakers. “The finished project has two working potentiometer knobs, one for the volume and one for ‘tuning’ the decade,” says George. “They’re both connected to a MCP3008 [ADC] and then [Raspberry] Pi.” An Adafruit PowerBoost 1000C acts as both a charger for the lithium battery and a power supply for Raspberry Pi.

Regarding the software, Raspberry Pi boots up to a Python script which is infinitely looping. “At each loop it does three things: changes the channel if someone has ‘tuned’ to a different decade; plays the next song if it’s appropriate to do so; and then sleeps for 50 milliseconds so we don’t smash the CPU. Rinse and repeat ad infinitum.” 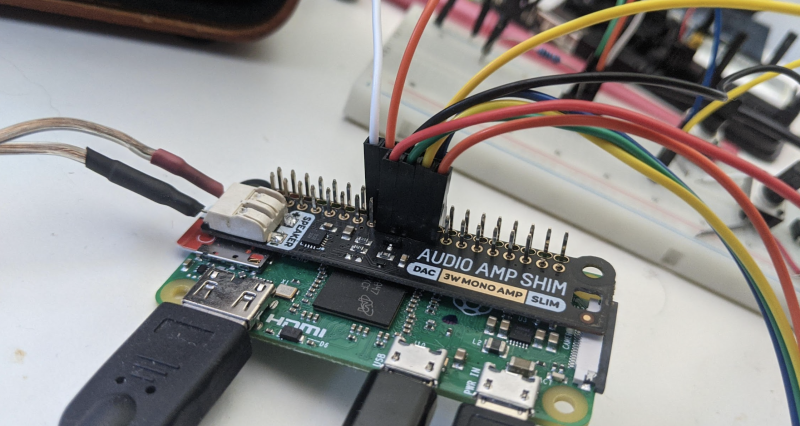 To ensure that each tune gets a fair chance of being played, George has worked it so that once a song is selected, it is moved from an ‘unheard’ array to a ‘heard’ array, “effectively removing it from the pool of songs to be plucked from. Once all songs have been heard, they get moved back and the process starts again.”

Whenever the dial is turned to move between decades, the sound of Doctor Who’s TARDIS is heard. “We used to watch Doctor Who together when I was a kid, and so using the TARDIS sound to ‘move through time’ to another decade seemed appropriate,” says George.

Another lovely touch is the inclusion of a “secret decade” within the radio’s setup, which contains some personal content that George’s uncle had digitised from old tapes. “They’re recordings of my late grandfather who died when my father was a young man and whom I’ve never met,” he explains.  He did the same for another version of the radio that he made for his father-in-law, as he managed to include some audio of his late father too in that radio’s hidden decade. 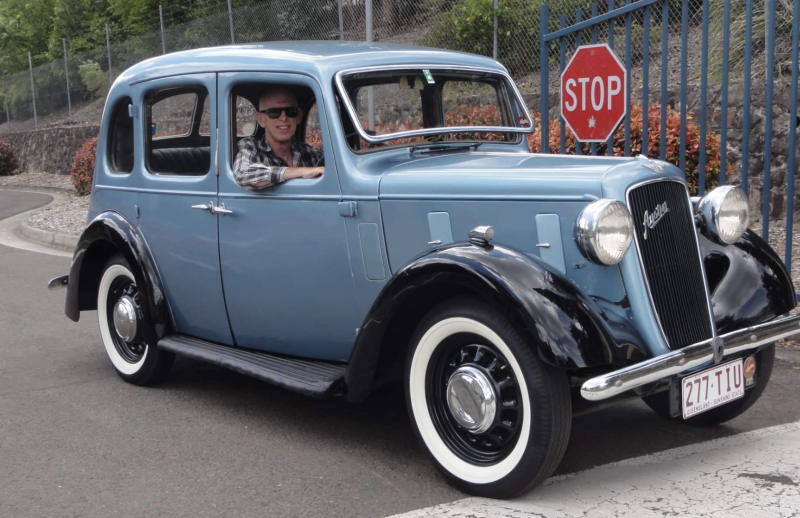 George thinks making a time-travelling retro radio is within the grasp of many. “Anyone with either an interest or rudimentary understanding of electrical engineering and/or microelectronics could make one,” he urges. “Provided you’ve got Googlefoo you should be right, and I would encourage all who are interested to give it a crack. Anyone reading this can get in touch at georgeedwardsmail@gmail.com, and I’ll be happy to answer any questions.”

With that generous encouragement, have a go, personalise your decades as George has done, and enjoy a trip to yesteryear.