This month we ask if there's anything a $35 computer can't do, in our Raspberry Pi PC Challenge

You can read all about it in issue 59 of The MagPi - The Official Raspberry Pi magazine, out in stores today! 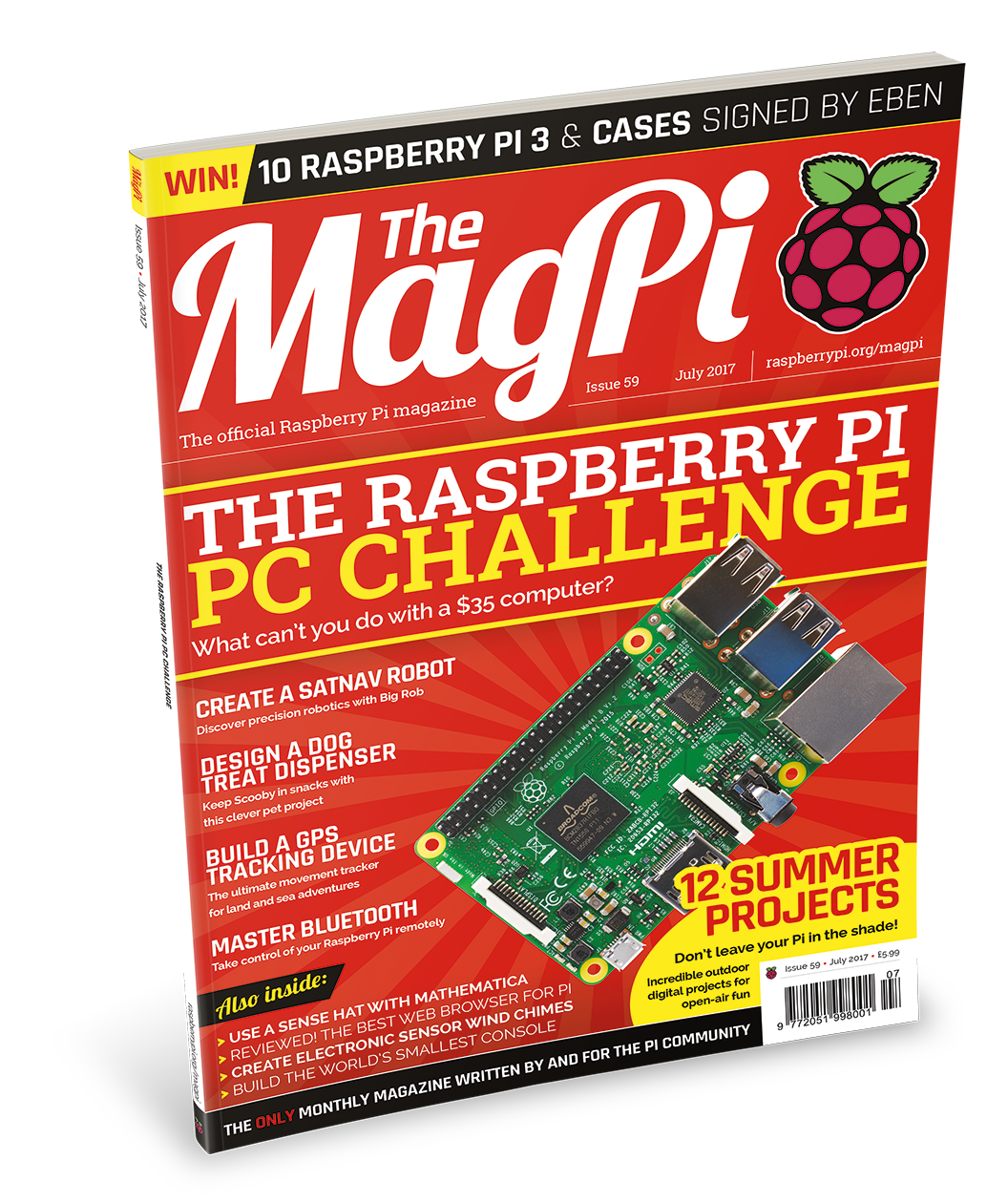 The Raspberry Pi PC challenge: use only a Pi for a week

The desktop computer is a dying breed these days, especially in the home. What better replacement for the old desktop PC than a Raspberry Pi, the ultimate low-cost but high-power computer. 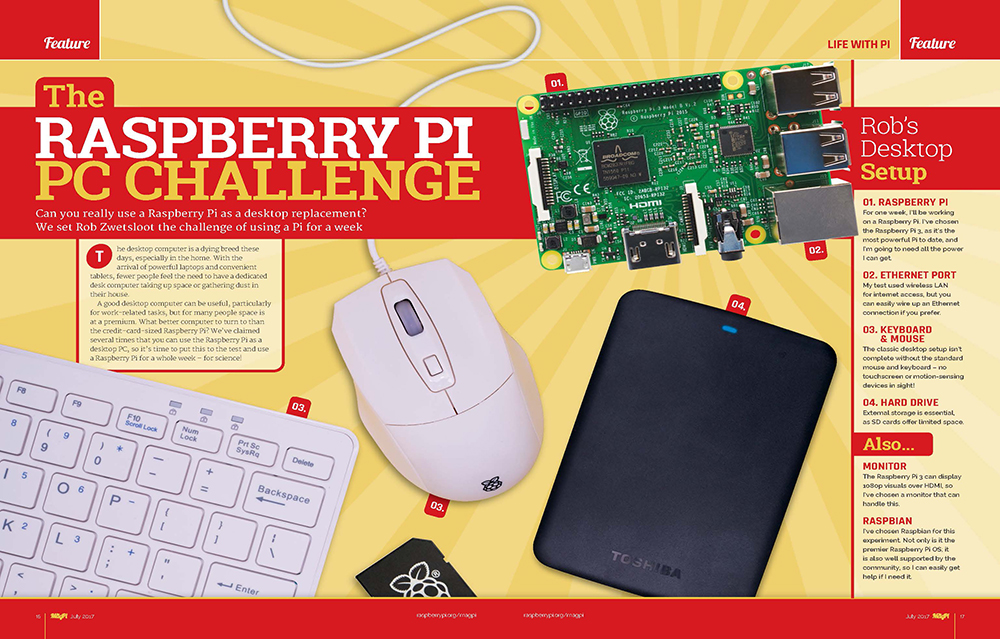 Summer is upon us (both rain and shine in the UK). The Raspberry Pi is small and portable, and lends itself to great outdoor projects. So we've gathered 12 of the best projects for outdoor use. From weather monitors to hot air balloons, there's something here for all intrepid Raspberry Pi users. 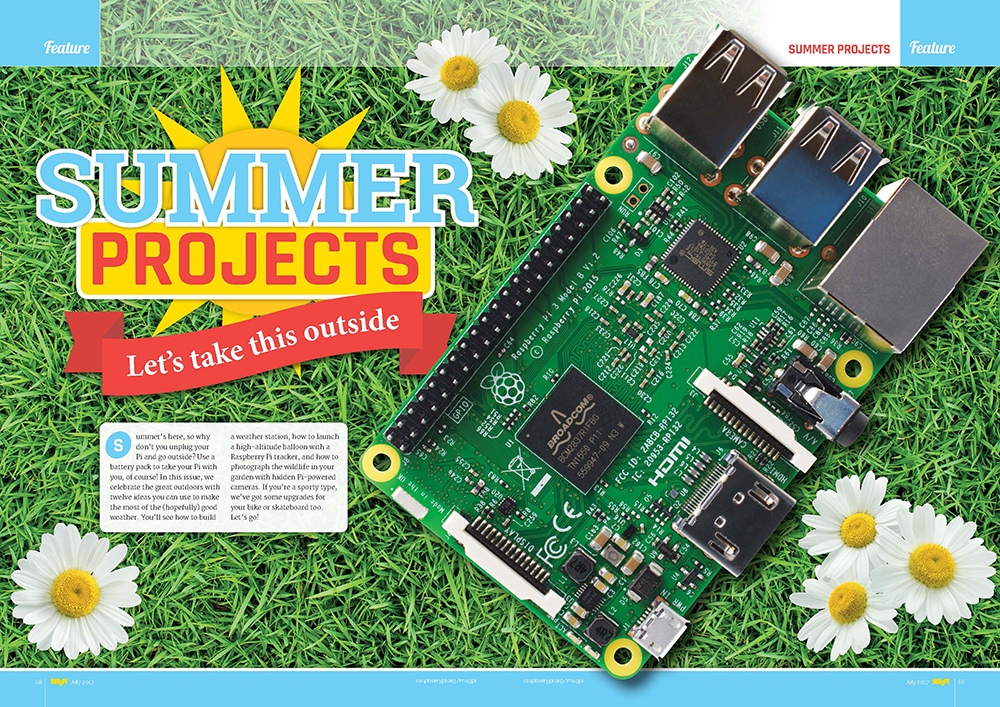 The best of the rest in The MagPi 59

There's a lot going on in The MagPi 59. From amazing projects like the Dog Treat Dispenser to Big Rob, the robot that uses SatNav for incredible precision. We've also got a guide to using the Sense HAT emulator, creating an Android app to control a Pi with Bluetooth, how to build a GPS tracking device and electronic wind chimes. 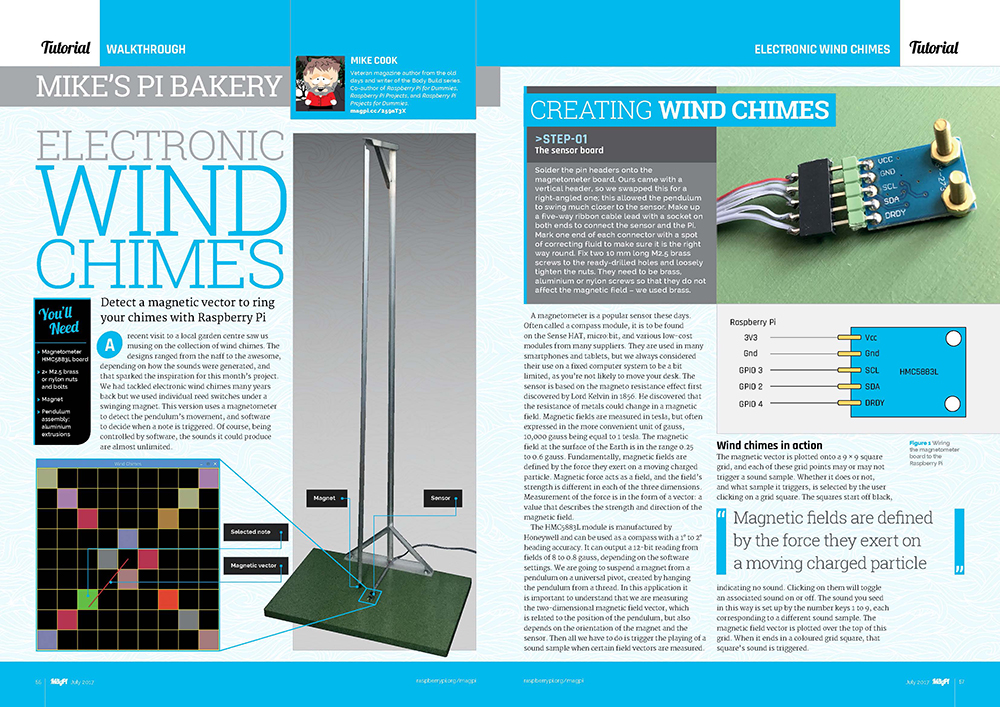 You can even win a Raspberry Pi 3 & case signed by none other than co-creator Eben Upton.

Grab the latest issue in stores in the UK right now, from WHSmith, Sainsburys, Asda, and Tesco. Copies will be arriving very soon in US stores, including Barnes & Noble and Micro Center. You can also get a copy online from our store, or digitally via our Android or iOS app. Don’t forget, there’s always the free PDF as well.