Back in The MagPi issue 71 we noted that it was getting easier to install TensorFlow on a Raspberry Pi. This latest news makes installing TensorFlow 1.9 as simple as using pip.

Thanks to a collaboration with the Raspberry Pi Foundation, we’re now happy to say that the latest 1.9 release of TensorFlow can be installed from pre-built binaries using Python’s pip package system!

How to Install TensorFlow on a Raspberry Pi

Open a Terminal window and enter:

What is Google Tensorflow

Google TensorFlow is a powerful open-source software framework used to power AI projects around the globe.

TensorFlow is used for machine learning and the creation of neural networks. These make it possible for computers to perform increasingly complex tasks, such as image recognition and text analysis.

When it comes to AI, most people think of powerful supercomputers crunching billions of numbers in giant databanks. But there are two parts to machine learning. There is a train/test part, where you use a lot of data to build a model. And there’s deployment, where you take a model and use it as part of a project. And that’s where the Raspberry Pi fits in.

Although Raspberry Pi isn’t officially supported by Google, there are example models included for the Raspberry Pi and it can be fun to get TensorFlow up and running on a Pi. And there are lots of interesting community projects around that put TensorFlow to good use.

Using TensorFlow can give you a good understanding of how AI works, and how to put AI to practical use in your projects. 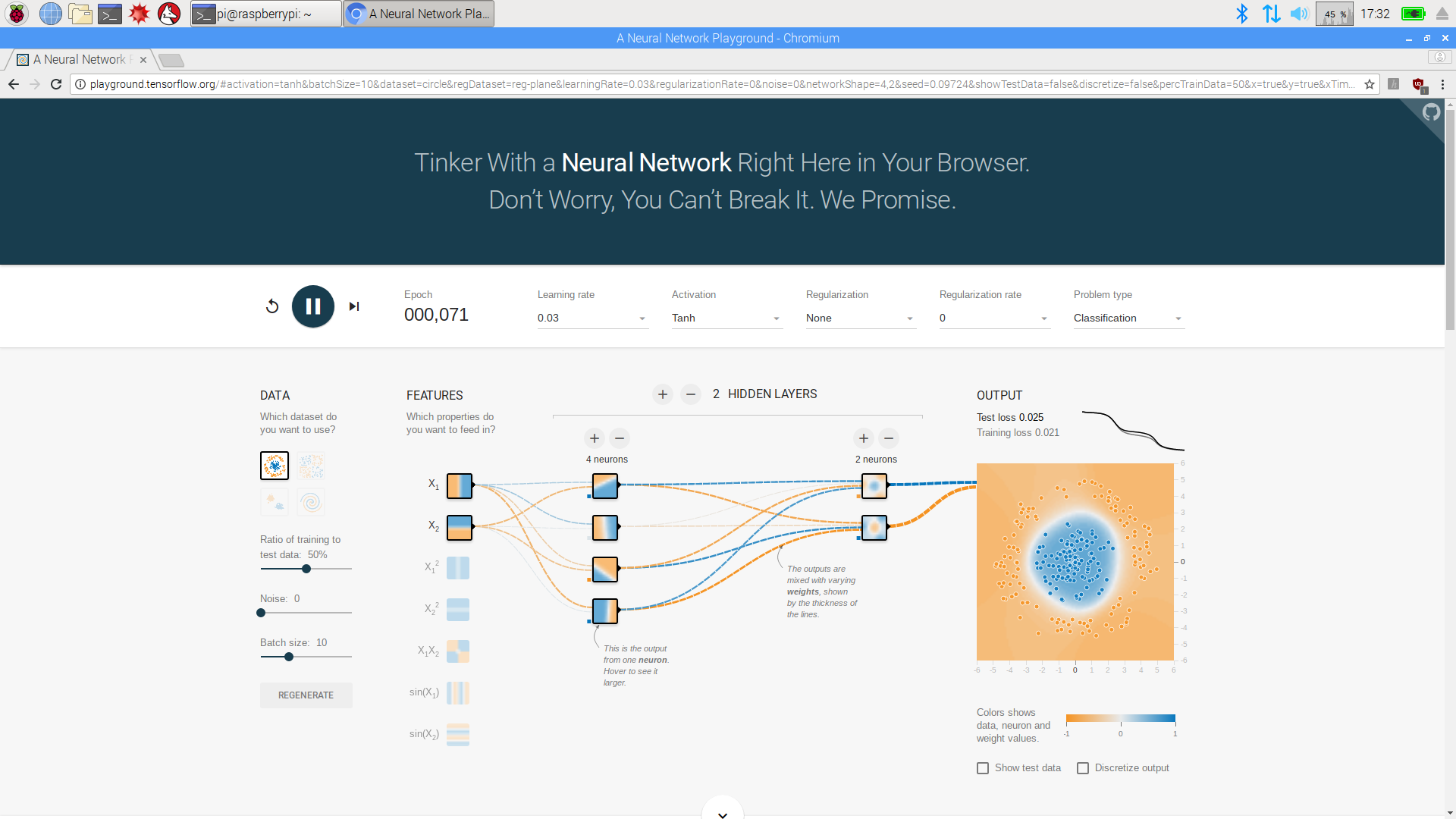 Hopefully, you now have TensorFlow up and running. So let’s start it up. Open Python 3 (IDLE) using Menu > Programming > Python 3 (IDLE). Choose File > New File and enter the hello_tensorflow.py code:

Save the code file as hello_tensorflow.py and Choose Run > Run Module. You will get a warning because TensorFlow is compiled for Python 3.4 and we’re running Python 3.5. Don’t worry, the code works. The Python shell will display: 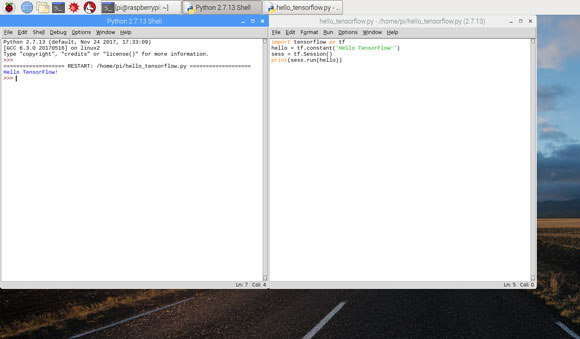 Google has a bunch of models developed for Raspberry Pi that you can test out. Start by cloning the TensorFlow repository:

Follow the instructions here  to build the example models.

Now head to the part of the TensorFlow repository  to find Google example models and instructions.

The default example is a picture of Grace Hopper. Run it and you will see that it identifies a ‘military uniform’, ‘suit’, and ‘academic gown’ (and then other items in order of decreasing probability). From here you can see how this model could be used to identify objects in your own images, and use that in your own code. There is also a link to an example that uses the Pi Camera Module directly. 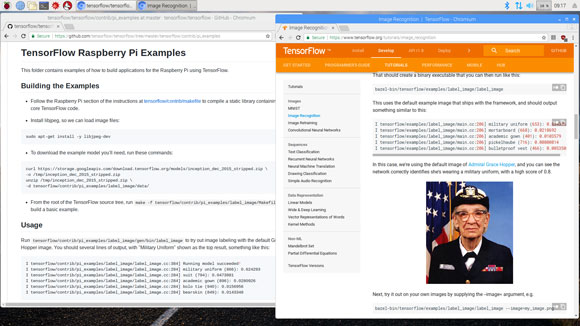 Now you have everything you need to start using TensorFlow. It’s a big subject and there’s far more to it than we could outline in this tutorial (or even this entire magazine). Learn by doing and follow some TensorFlow projects. Start with Sarthak Jain’s ‘How to easily detect objects with deep learning on Raspberry Pi’ or Alasdair Allan’s ‘Magic mirror with TensorFlow’.

You can try to build TensorFlow using the wheel file. In a Terminal, enter:

Alternatively, you can use a nightly wheel built for Raspberry Pi, which is available from magpi.cc/xKLBzu. Download the wheel file and run it, like this: