Manipulate objects at a distance without using space wizard powers, thanks to this remote-controlled robo-arm. Rob Zwetsloot tries it on for size

There’s a scene at the start of eighties classic Short Circuit where Steve Guttenberg is hiding away in a lab, programming a robot hand that is playing the piano. It’s quite quaint by today’s robotic standards (and was probably just a puppet at the time), which is only more apparent when viewing Andrew Loeliger’s university project from the last year.

Andrew is a fourth-year student at the University of Strathclyde studying Electronic and Electrical Engineering. “I set out to provide a solution to the issue of first line responders operating in dangerous areas,” Andrew explains. “Bomb disposal sites, biohazardous areas, and nuclear hot zones are all crucial areas where human intervention would be required but could be potentially life-threatening. The aim of the project was to develop an extremely low-cost robotic hand that can operate in hazardous areas and perform dextrous tasks while being controlled and viewed remotely. The visual feedback provided by the system allows the user to control every movement of the hand as if they were there.”

The user wears a glove that’s connected to a ‘base station’, which also has a display. The display shows the pictures from a wirelessly connected camera, which is part of the remote robot hand system. The glove has a series of sensors to record how the fingers and hand are moved, and that is then relayed to the hand controller. 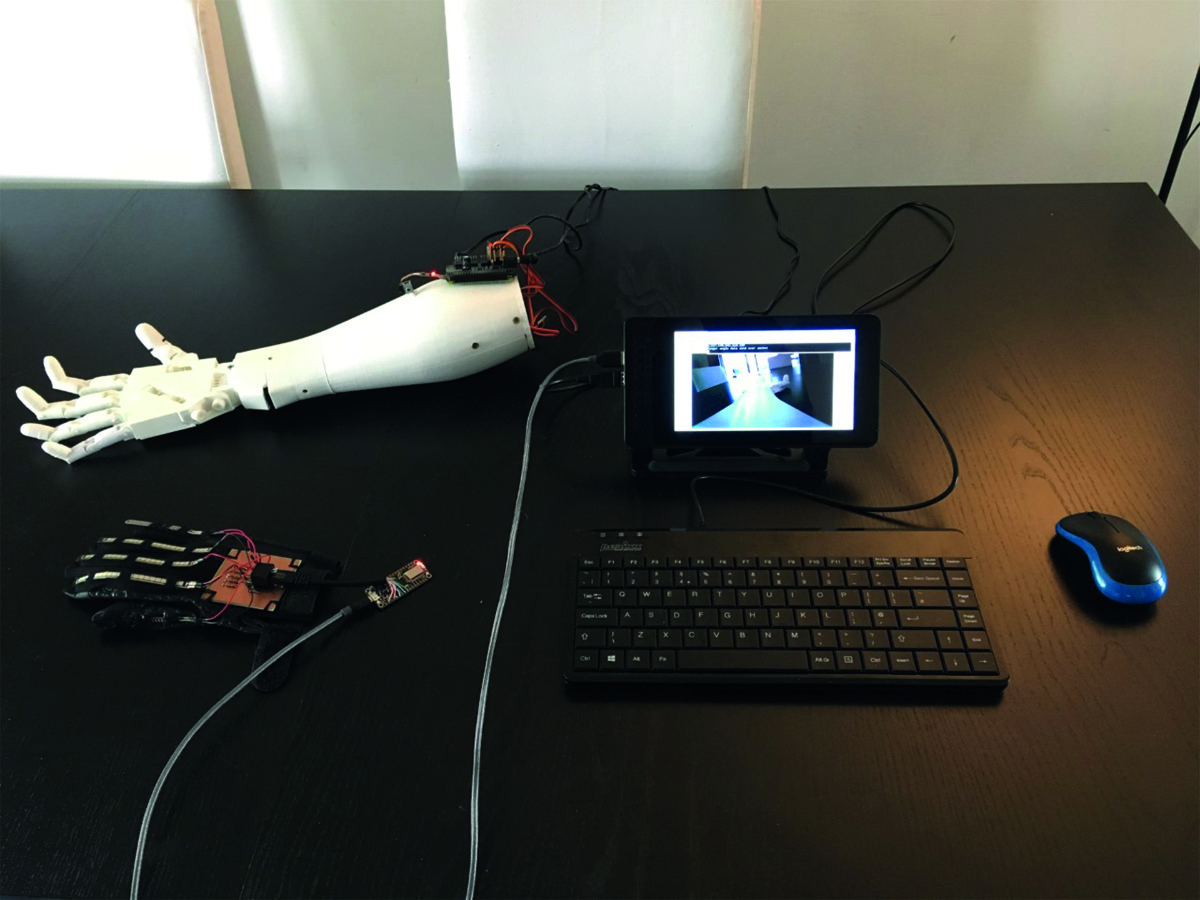 “The bulk of the robot hand comprises 3D-printed components,” Andrew tells us. “The design files for the 3D-printed components were sourced from InMoov. The 3D-printed robot hand is designed to hold all of the servos needed to mimic user movements made in the glove remotely. To control the robot hand, there is the Raspberry Pi Zero W which takes the received values from the base station and sends them to the servo driver board to move the servos. There is one servo for each finger and each finger is moved via a braided fishing line pulley system within the finger.” 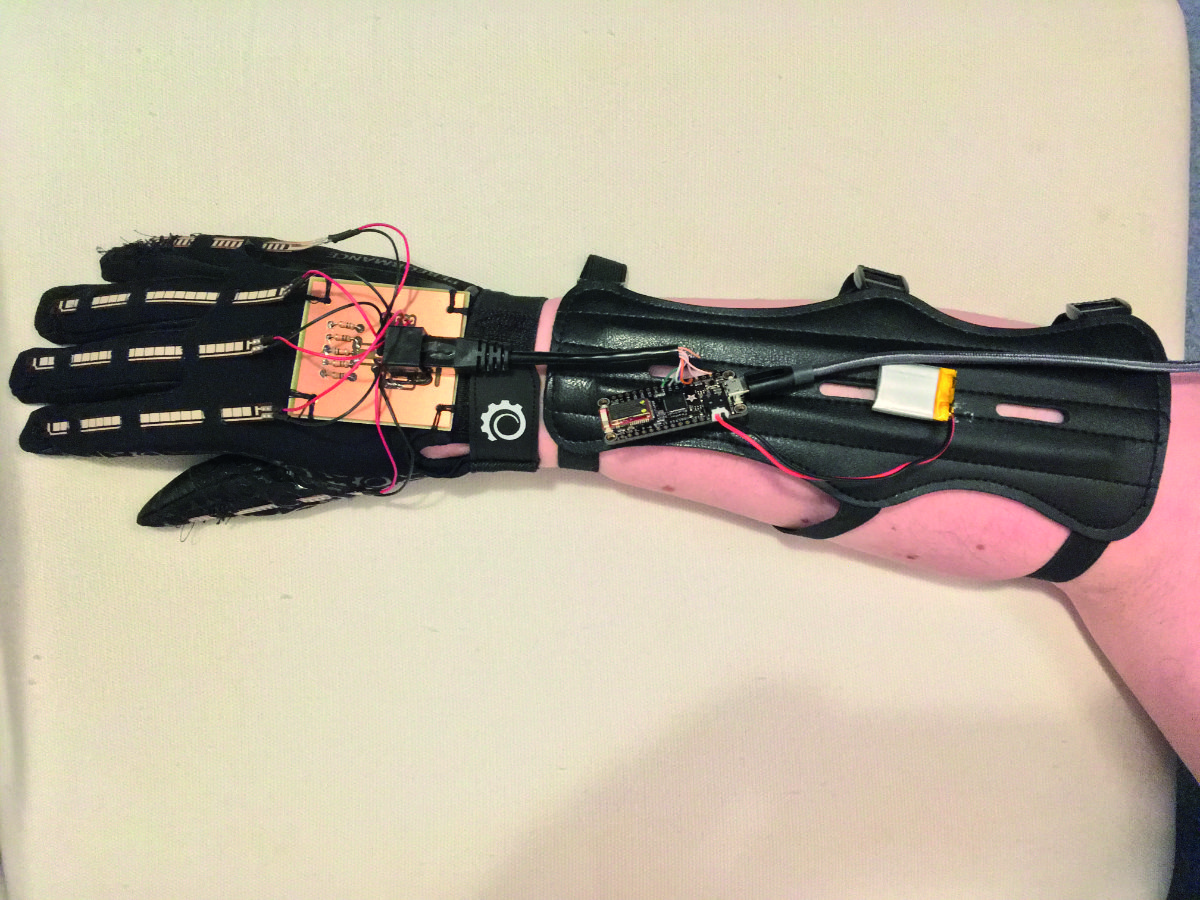 The hand works very well, according to Andrew: “The project worked as hoped and is simple to use, as the user simply needs to put the glove on and move their hand to make the robot hand work. One of the really nice features is that there is low latency between the glove and robot hand movements, which means the hand truly mimics the user’s finger movements.”
Andrew has plans to improve the design with a new version that makes use of Bluetooth Low Energy for the glow, along with sensors so the hand can turn at the wrist, and perhaps a haptic feedback system as well.

There is one final use case that Andrew has found: “Although I originally considered this project for hazardous areas, interest has been shown in it from a prosthetics point of view.” 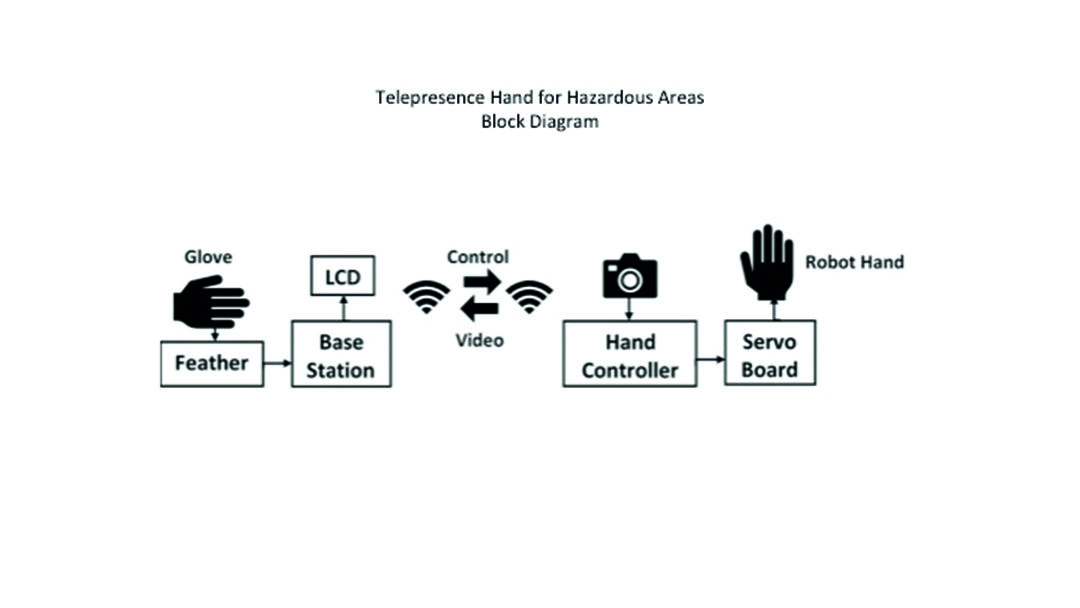