Tele2 is one of the more intriguing projects we’ve come across. It was a custom Raspberry Pi electronics kit worn by various interesting people from around the world. Each person wore a GoPro Hero 5 and Røde Video Microphone to capture a first-person view of what they were seeing and hearing.

All of this data was used to measure the emotional state of the person, which was relayed to the viewers using visual effects layered on top of the audio and video. Brain sensor (EEG) data was translated into warmer or cooler video filters to represent the person’s emotions. 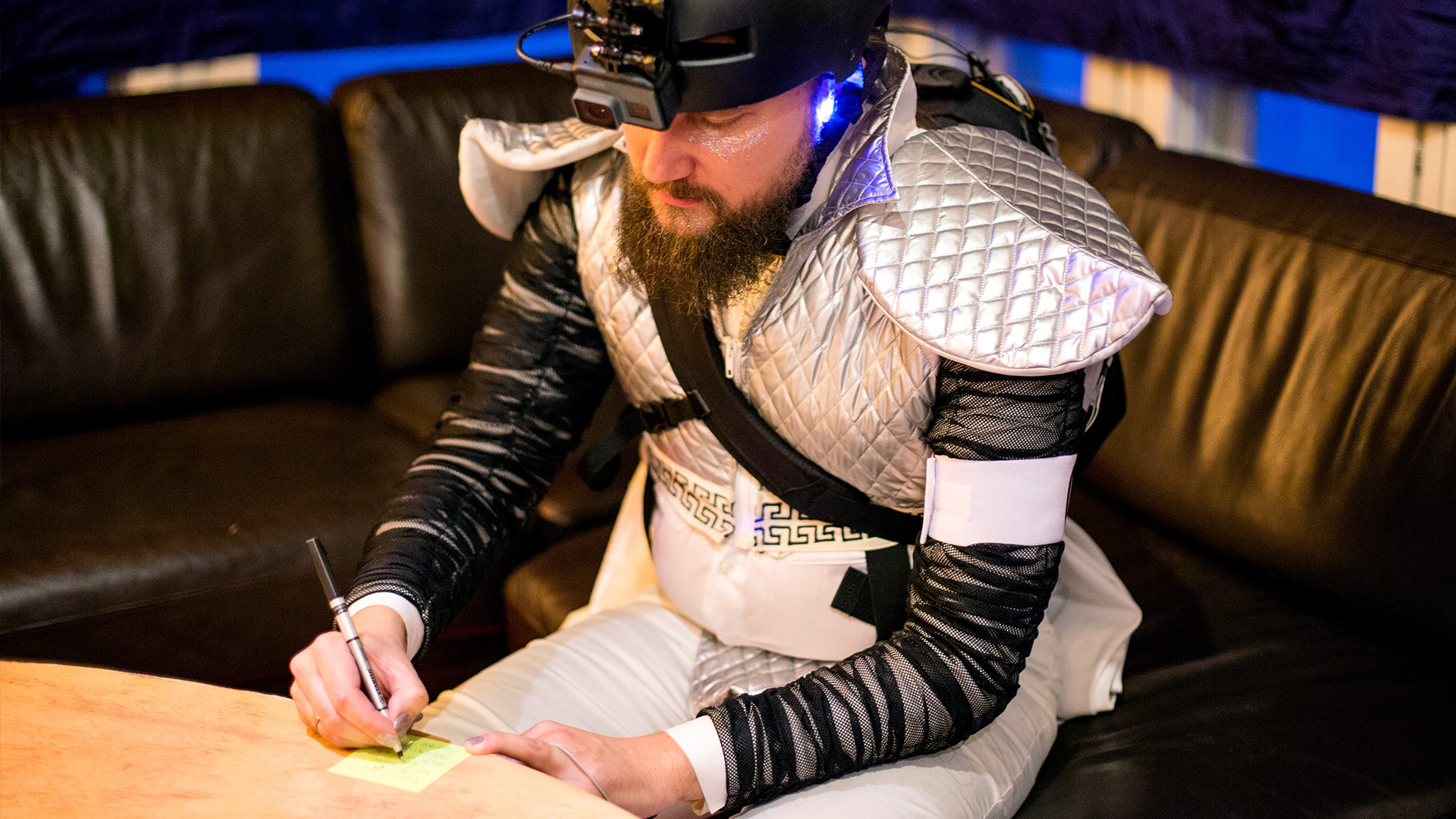 We caught up with Alvin Groen, the director and designer of the Tele2 project, who dreamt of building a piece of equipment that “changes our perspective.” We were interested in learning more about how the Tele2 project was put together.

The Tele2 project is named after the Swedish telecom company that sponsored the project. “They were launching a new 100GB data plan and wanted a project that required high data bandwidth,” recalls Alvin. With funding underway, the Tele2 project was born.

“In Sweden, a lot of discussion around connectivity tends to be negative,” says Alvin, “especially when it comes to controlling our exposure to media.”

Alvin wanted to alter the outlook people had on other lives. “Each person was chosen because they have a big following online, or they have an interesting life,” explains Alvin. They included Simone Giertz, a robot maker from Stockholm, Joel Kinnaman, an actor from Vancouver (and star of the RoboCop reboot), and Noor Daoud, a female drift racer from Dubai. An impressive collection of folk.

Each of the personalities was hooked up to the Tele2 equipment. The team broadcasted nine live streams in five countries during a two-month world tour. “We measured the personalities’ heart rate, emotions, and sweat level,” using a Skin Response Sensor and Muse headband (choosemuse.com). Then, using WebGL and web audio technology, they translated the data live into audiovisual effects. 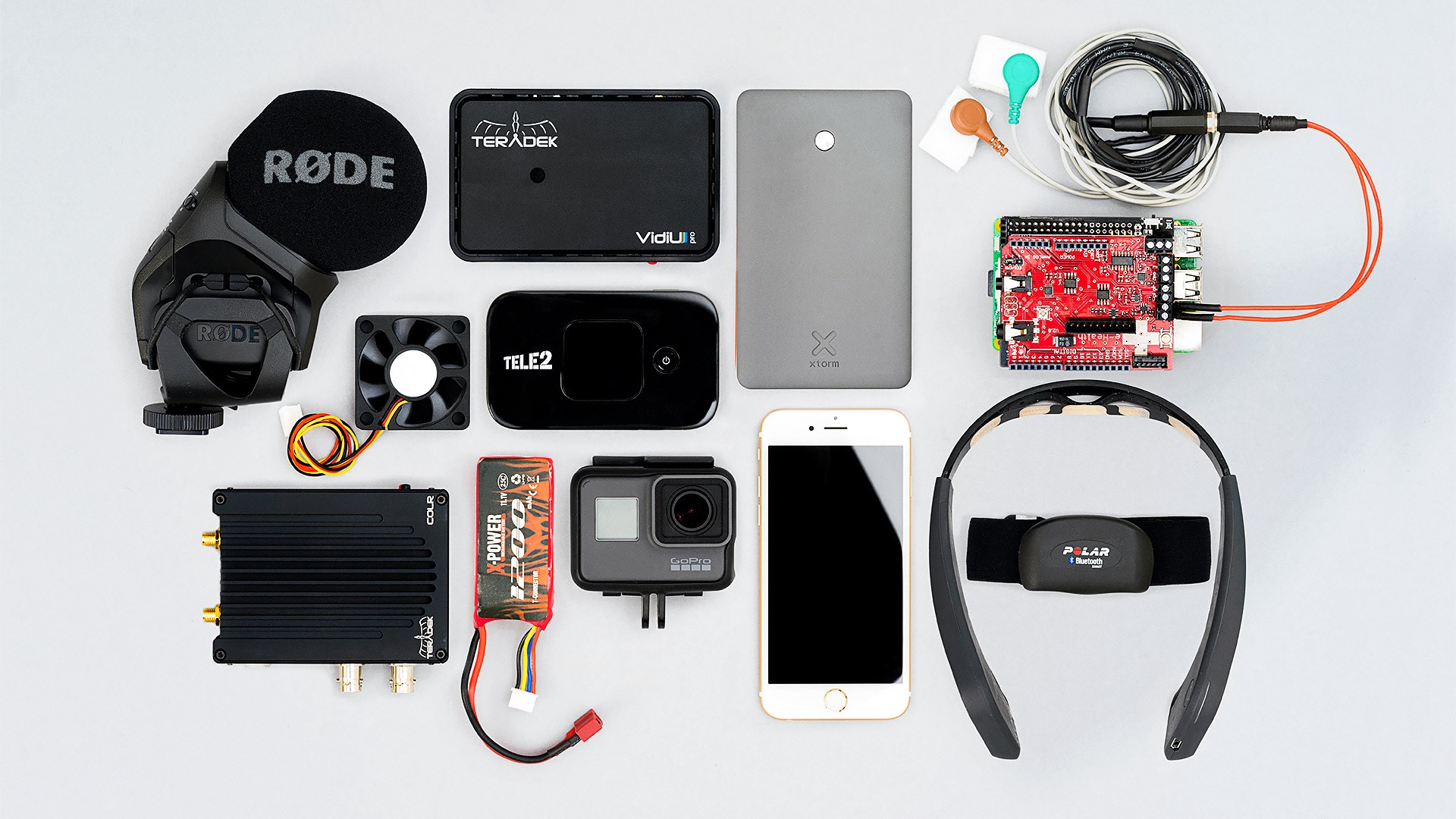 The team built a custom backpack using a 3D printer for each personality. The rig included a Raspberry Pi hooked up to an e-Health v2.0 board. The Raspberry Pi collected and processed all the video, audio, and sensor data.

Camera footage went to a colour grading box in the backpack. This was “fine-tuned for each location”, and the video and audio was streamed live via a Teradek VidiU wireless HDMI video encoder.

The built-in wireless features of the Raspberry Pi 3 made it a good fit for the project. “The built-in Bluetooth chipset, wireless networking, and the fact that you can use a pretty standard flavour of Linux right out of the box made it very easy to work with,” says Alvin.

“Since all the other equipment was rather bulky, size wasn’t an issue either,” he adds. “The toughest challenge was trying to figure out if we could get the Muse headband to communicate directly with the Raspberry Pi, since the official Muse SDK wasn’t released for the ARM architecture.”

The project was a huge success, with hundreds of thousands of people tuning in to see what it’s like to be somebody else. Viewers could click on cheers and give feedback to the wearers. Overall, Tele2 was a very interesting combination of health sensors and live video streaming.