Teasmades are machines for automatically making tea. They were hugely popular in the 1960s and 1970s, and often placed in bedrooms (for the convenience of having a piping hot cup as soon as you were awoken by the machine’s alarm). The Goblin Teasmade, in particular, is something of an icon in its field.

This author fondly remembers her late grandmother’s Teasmade that sat proudly in a guest bedroom, waiting for the odd bed-and-breakfast guest that she occasionally took into her home. Although, we did always wonder the point of it when you still had to get up and go to the kitchen to get some milk from the fridge. But, despite our puzzlement, the Teasmade has basked in a form of legendary glory ever since.

Hardly surprising then that, decades later, some makers are keen to revive that concept of an automatic hot drink maker, and what better base to use for it than a retro Goblin Teasmade? Martin Spendiff and Vanessa Bradley are two such makers, and this fun update uses a Teasmade along with Raspberry Pi Zero WH to produce their hot drink of choice… coffee. 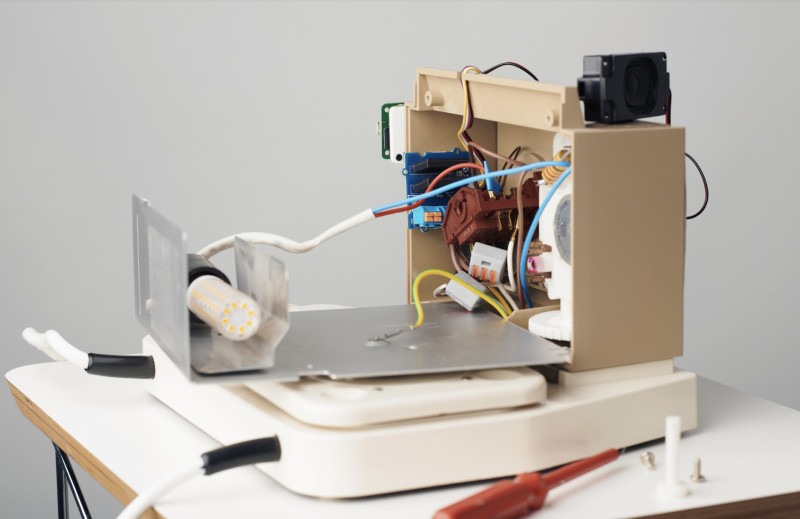 Their motivation for the project was twofold, as Martin explains: “The Teasmade (inherited) is pretty impressive – it has no microprocessors and therefore has a workflow built with just a few switches and logic. I’ve long admired the design, so bringing the innards up to date by adding a little Linux machine to the mix was appealing. I don’t like to say cyberpunk, but cyberpunk.”

He also wanted to incorporate Google Calendar into the venture. “It’s nice to have a serious idea dressed up in a novelty application,” he tells us. “Getting Google Calendar entries to trigger events has crossed my mind as a useful idea a few times. The idea of automating a cup of coffee was enough motivation to get it over the finish line.” 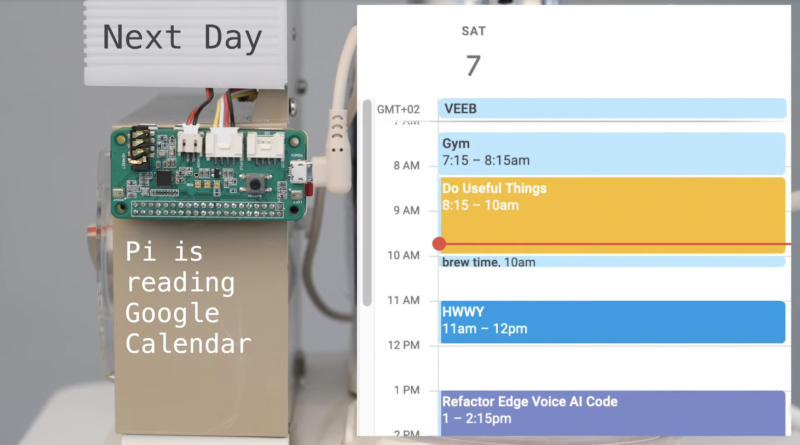 So, how exactly does the machine produce a regular caffeine hit? On the side of the Teasmade is a Raspberry Pi Zero with a Grove ReSpeaker HAT. “There is also a connection to a little cheap speaker and a relay switch, replacing the alarm switch on the inside,” says Martin. “The script is automatically started using systemd when it turns on. It starts a process that monitors a Google Calendar. Every minute, it runs a query on the calendar, looking for the trigger phrase. If it sees it, it starts the boil cycle.”

The most difficult challenge for the pair was working out how to get the tool that pulls alerts from a Google Calendar (gcalcli) to act as a trigger in the main code. In the end, they used the subprocess module in Python, and now the Teasmade 2.0 cleverly starts brewing their coffee ten minutes before the time it’s required. 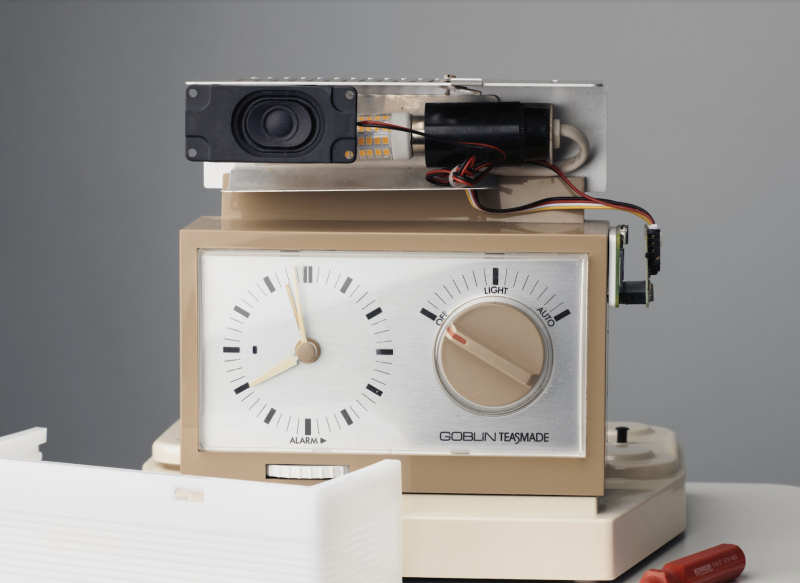 What’s more, the speaker that Martin and Vanessa inserted belts out the God Save the Queen while refreshments are being prepared. “There is a recurring appointment in our Google Calendar for an 11 am coffee. The sound of the tinny national anthem wafting from the kitchen is our signal that it is time to down tools for a break,” says Martin. This has generated some “bewildered amusement” from their non-British pals: “Friends and family are baffled by it on a number of levels.”

If you’d like to create your own version, Martin has generously made the code for the project available on GitHub, and one motivation for this is the old adage, ‘the more the merrier’. “Generally, the more people that replicate it and chip in, the easier it gets,” notes Martin. “Better coders than me have refined my code on other projects – I’ve no doubt that the same would apply here.