When you’ve made an amazing project, it’s natural to want to share it with other folks (in the hope that they will follow in your footsteps).

Capturing screenshots (images of the desktop display) is a vital component of putting together an effective tutorial. An image is worth a thousand words, and images of your software installation can certainly make it easier for others to understand what you’re doing.

Some beginners opt for taking physical photographs of their display, but due to the screen refresh this rarely looks good. It’s better to use software to grab the digital screen on the computer and save it as an image file. It’s pretty easy too.

You capture images on your Raspberry Pi using a built-in command-line program called Scrot. Alternatively, install a more advanced program called GNOME Screenshot (this is what we typically use). Once this software is installed, you can quickly capture your screen display.

The easiest way to take a screenshot is using Scrot. This software comes with Raspbian so you don’t need to install anything.
If your keyboard has a PrtSc (Print Screen) key, then simply tap it. Scrot will capture an image of the desktop and save it to your home folder. Click on File Manager in the taskbar and double-click the .png file that starts with the date. 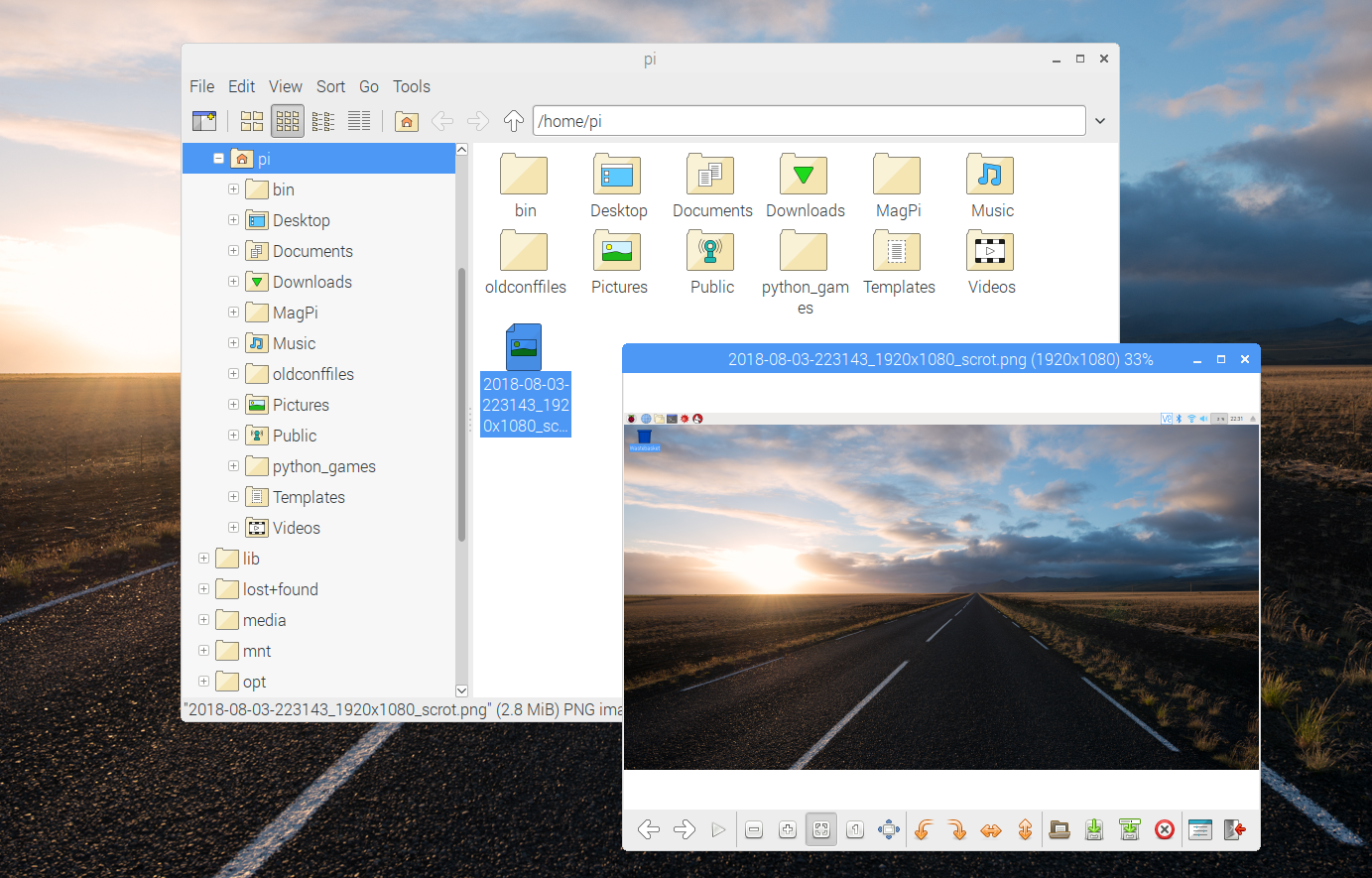 With the above command, Scrot will delay for four seconds before capturing the screen. Typically this is enough time to close down the Terminal window. Add a longer time if you want to arrange the display to include other items (such as menus). 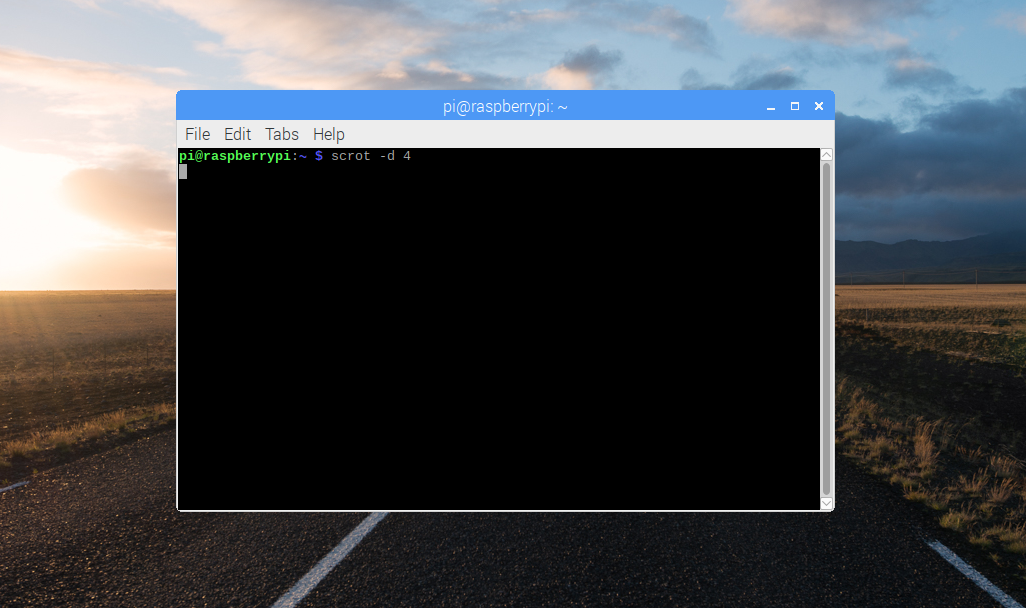 Make sure your Raspberry Pi is connected to the internet. Click on Terminal in the taskbar to open a new Terminal window, and enter the following to update the software and install GNOME Screenshot:

Enter Y when prompted, to install the new software and upgrades. 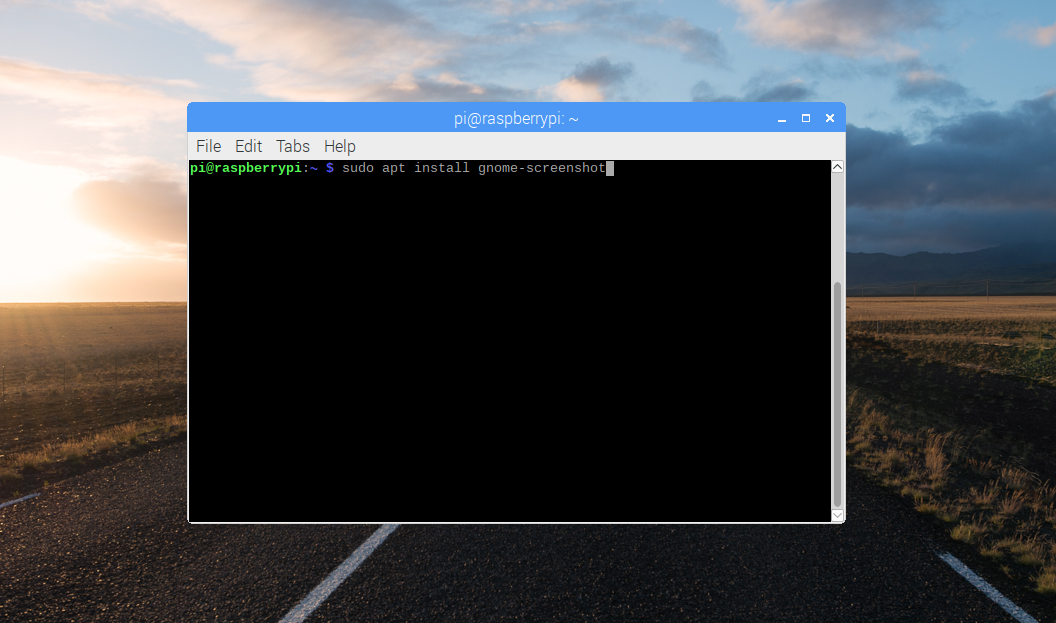 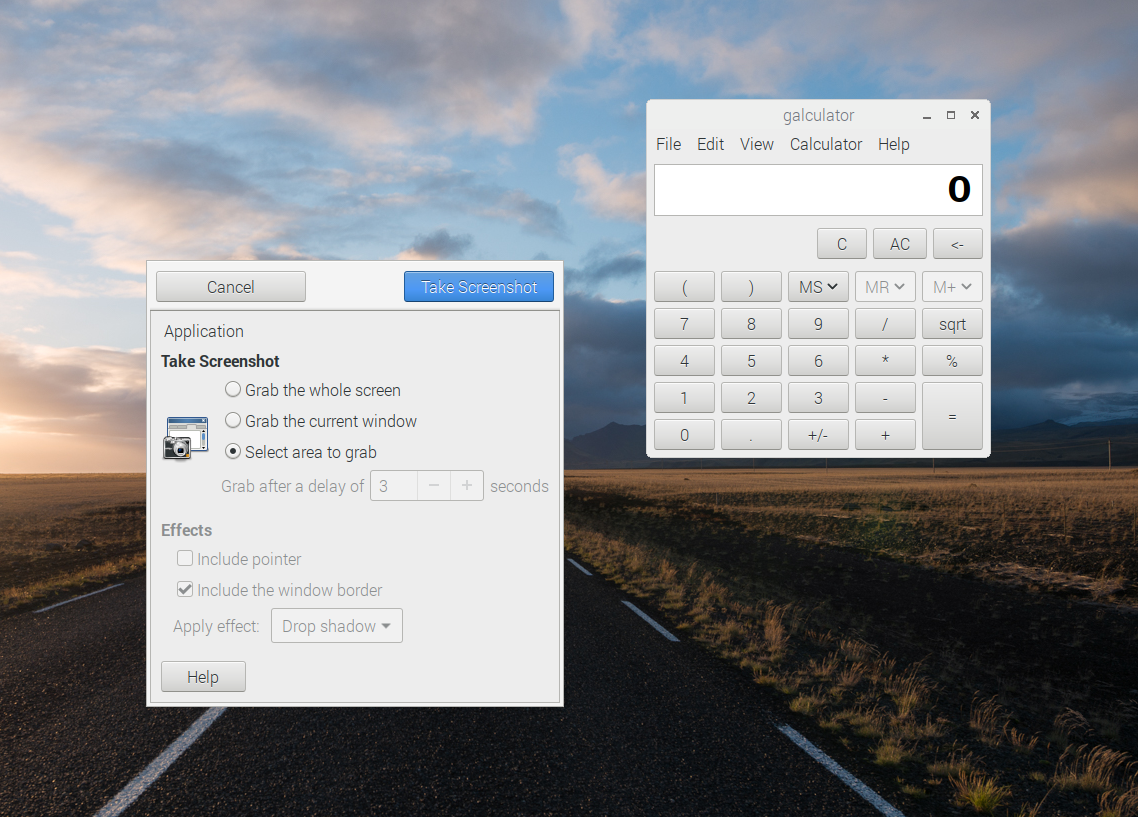 A more effective method is to grab individual windows. These can have effects added, such as drop shadows and borders to make them stand out. Choose the ‘Grab the current window’ radio button and choose ‘Drop shadow’ from the ‘Apply effect’ window. Make sure the window you want to capture is highlighted and click Take Screenshot. An image of the window, with the drop shadow effect, is saved. 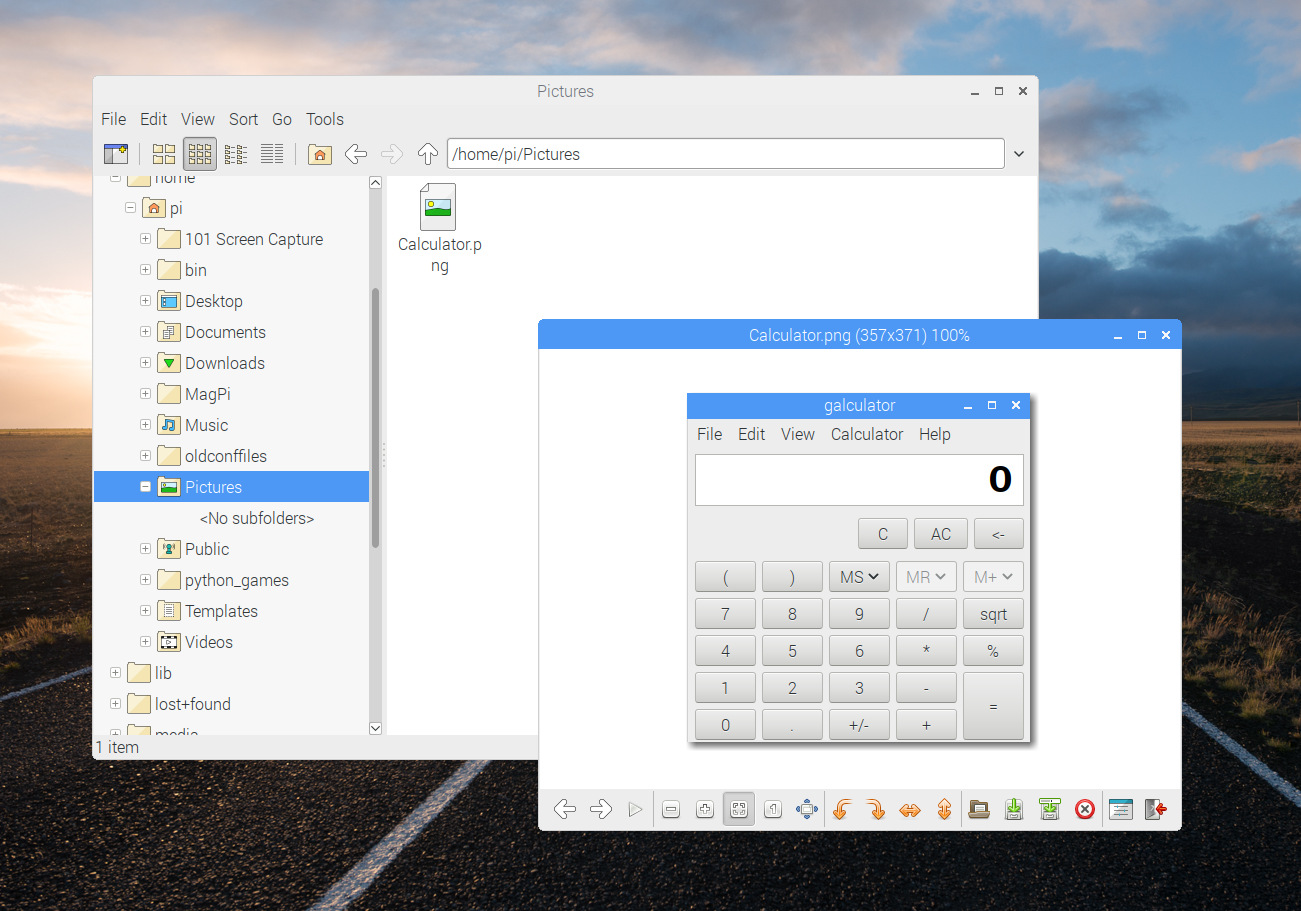