You may have heard of John Calhoun. Aside from working as a software engineer for Apple for 26 years until he retired last autumn, he’s well-known for writing a string of games for the Apple Mac, among them the popular 1988 shareware title, Glider.

More recently, he’s been causing a bit of a stir thanks to a different kind of fruit-related computer. By connecting a Raspberry Pi 3 to a 5.83-inch e-ink display, he’s created a fresh spin on a classic Mac, called SystemSix – a modern homage to the System 6 operating system released 31 years ago.

Dubbed a “desk accessory”, it displays the local weather, a calendar, the current phase of the moon, and even the bin collection day, among other things. But what makes it extra-special is that it’s housed on a stylish laser-cut piece of acrylic, bent to allow it to stand. It’s an impressive piece of work.

John became fascinated with e-ink displays a while ago. One project which blew him away was a large display that resembled the front page of a newspaper, although it was very expensive. When he saw a cheaper e-ink project, however, he was persuaded to give it a go. “I set out simply to recreate an e-ink calendar project I had seen on the web, and I also wanted to learn Python,” he says. 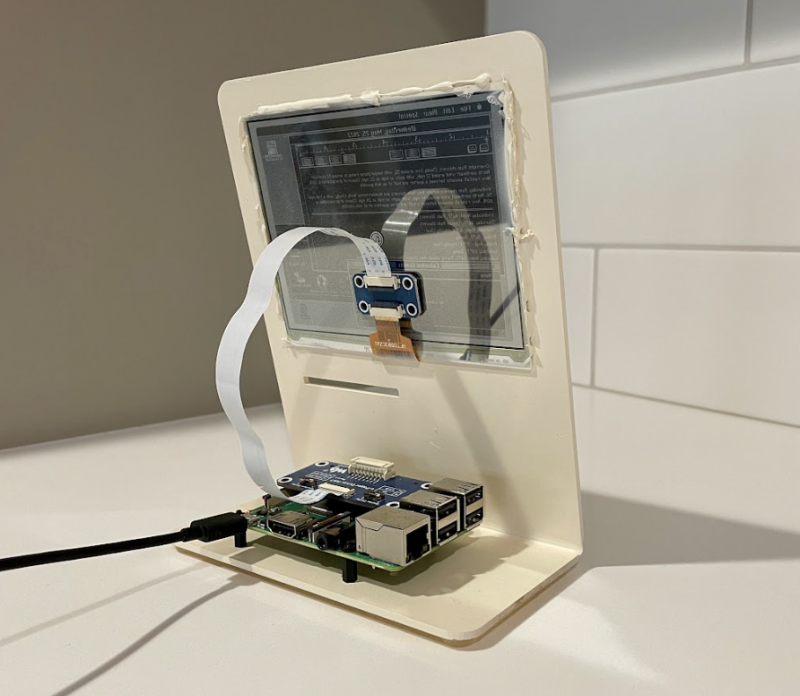 Having recreated the project, he began to modify the code, learning how and why it worked. “One of the early ideas was to add a lunar-phase to the calendar,” he says. “A quick search in GitHub showed many examples of an algorithm to determine the phase of the moon for a given date. I then needed two dozen or so images of the moon in various phases and did an image search.”

It then struck him that he’d have to convert the images to black and white. “Back in the day, when I was cutting my teeth in programming on a Macintosh Plus, [Apple coder and MacPaint author] Bill Atkinson had a fantastic algorithm that made very pleasant 1-bit image results,” he says. “I found dithering websites with an Atkinson option, and the results with the moon images were fantastic. Perfectly reminiscent of the retro Mac experience.” 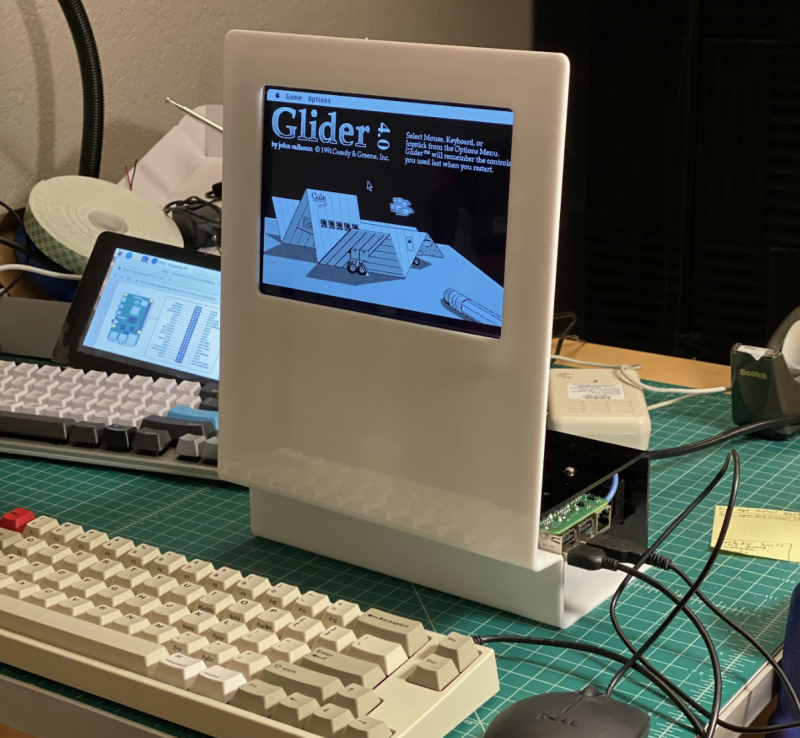 The idea for a non-interactive desktop hub grew. “I had the moon displayed in black and white Atkinson pixels,” he says. “That was when the whole idea came to me: to go all in and make the entire calendar look like an early Mac. The current date could be displayed in a window title (perhaps the name of a document being edited). Maybe a Finder window would display a list of folders with the names of them corresponding to upcoming events...” 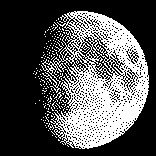 The task entailed many hours using Affinity Photo and Pixelmator to crop and clean up pieces of art, the idea being to replicate the look of Apple’s System 6. Although it was always going to be a static, non-interactive project (you can’t click on the screen or move the windows), he arranged them in layers to look like an early Mac desktop. “It wasn’t too hard to drop them into the project and write code to render them,” he says. Yet he didn’t stop there.

John also created different layouts. “I thought it would be fun to mix it up. Maybe a MacWrite layout one day, Finder with folders the next, and so on,” he explains, urging anyone replicating his project to try their hand at adding more. “Hypercard, a classic Mac app, could inspire a couple of new layouts,” he says. “I only wish animation on e-ink displays was better. An After Dark layout, if you remember that classic screensaver, would be very cool, although probably not on the cards.”