The North American Eagle is an ongoing attempt by an American team to reclaim the land speed record.

Inside the cockpit of one of the most remarkable machines on Earth sits a Raspberry Pi.

“We have a mission to break the World Land Speed Record of 763mph (1227.93km/h),” says Brandyn Bayes, team member. “Starting with the battered hulk of a Cold War-era jet plane, we have developed one of the most sophisticated racing machines ever.”

The North American Eagle started life as a Lockheed F-104 Starfighter. “It was used as a chase plane,” reveals Brandyn. These are planes used to follow experimental aircraft and measure engineering data. It followed some of the greatest experimental aircraft in history, among them the X-15 and the Northrop-Grumman B-2 Stealth Bomber.

The particular F-104 that has been transformed into a superfast car was designated 56-0763. By 1998 it was “beyond a shambles,” says Brandyn. “The North American Eagle project gave it new life, so that it could once again be one of the fastest machines on Earth.” 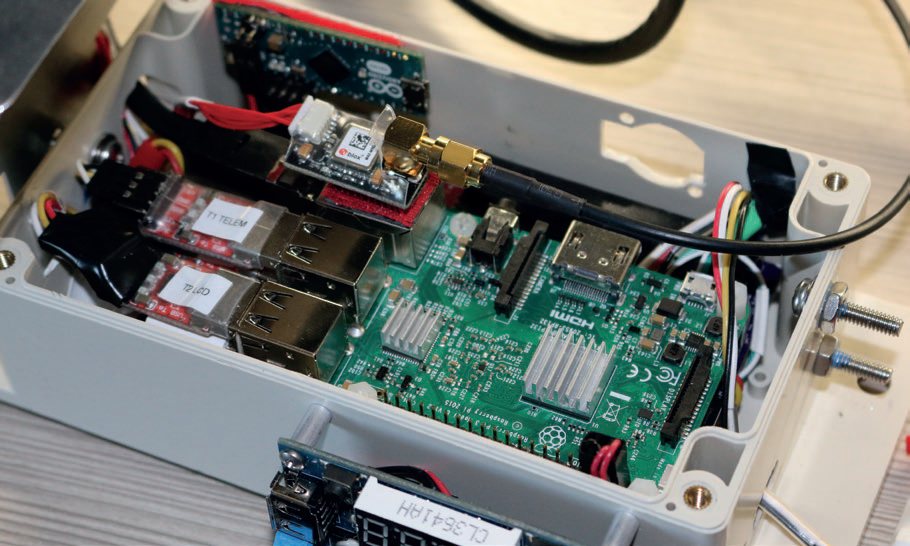 While North American Eagle is gunning for the speed record, the Pegasus Mission behind it usually has its eyes to the sky.

“Pegasus Mission uses a high-altitude balloon as a delivery system to carry a payload,” reveals Matt Long, a Microsoft cloud solution architect. The balloon is “packed with meteorological sensors to stream telemetry and control flight operations in real time.”

The Pegasus Mission balloon “provides a rich and interesting experience for users viewing the flight as it happens,” Mark explains. “We started with the idea that the Pegasus team could provide a real-time view of what was happening with the vehicle to a global audience.”

“For this project I built a custom device that was installed in the cockpit of the vehicle,” reveals Mark. That device was a Raspberry Pi 3 running Windows 10 IoT Core. The software was written in C# as a Universal Windows Platform application.

“Microsoft has been a partner supporting North American Eagle for quite a while,” says Mark. “Volunteers got together to build this hardware, software, cloud, mobile, and web app capability.”

The main aim of the Raspberry Pi was to analyse the car during its test run. “It gathered real-time sensor data,” says Mark. GPS, atmospheric, acceleration, and sound level data was gathered by the Raspberry Pi and sent to the Microsoft cloud.

The Pegasus team could “evaluate the benefits of real‑time data reporting and analysis in combination with the goals of the North American Eagle team,” he explains. 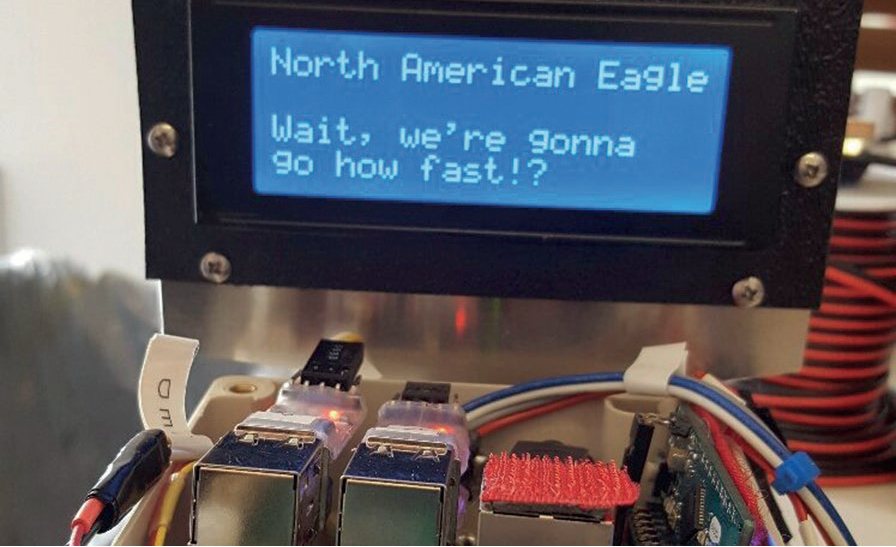 The more entertaining aspect was the real-time interaction with observers during the test run. “People using [our mobile] apps could also send goodwill messages through the cloud and out to the car, where they were shown on an LCD display,” says Mark. The messages were displayed in a screen behind the driver.

Mark also placed a GoPro camera behind the driver to record the user messages on the screen. “The driver could not see them while driving,” he explains, “as that would be a distraction, but the camera could see the display and the cockpit.”

Naturally, the team needed to filter out inappropriate messages. “The system is configured to check a user message for profanity by calling a third-party SaaS service, Web Purify,” says Matt. “If the message passes, then it’s sent back into the system and onto the device in the cockpit for display.

“The extra benefit [of the camera] is that it also gave us a front view out of the cockpit,” continues Matt. This video was used during a debug session with Jessi Combs (one of the test drivers) after her first run.

“We also invested in two drones to record video, which gave us a great field of view during runs, as well as recording other aspects of the event and its remote location,” adds Matt.

“The technology that makes this real-time and scalable is Azure,” Matt reveals.

“Azure provides a delivery mechanism for global communications in real time,” he explains. “We can capture the telemetry from the device, messages for users, and analyse or even replay data exactly as it occurred.”

Matt tells us that North American Eagle’s comprehensive on-board telemetry can be uploaded to Azure and viewed as a time-series event. “A team of around 20 Microsoft volunteers built mobile applications on Xamarin for iOS, Android, and Windows mobile, and a website in Azure App Services.”

“Since day one, people have said this project was just a little crazy,” comments Brandyn. “Perhaps that’s a bit of an understatement, yet we couldn’t agree more. It’s that very adventuring spirit that has pushed us to continue to go further, to do something few would ever dare.”

Microsoft Research enabled the team to stream live telemetry to fans as the vehicle raced across the empty desert. “We were able to share over 500 million points of telemetry to over 4,500 people on Jessi’s first run alone,” reveals Brandyn.

“We received messages from users in Australia, New Zealand, UK, France, Norway, and the USA. One of the users watching Jessi Combs’s first run sent a message to the device with her approximate top speed before she stopped.

“While we didn’t break the records we had hoped for,” says Brandyn, “what we found was a reminder of why we love racing: the undeniable rush of adrenaline when things go right, despite the setbacks along the way.”

“The North American Eagle team, Ed Shadle, and Jessi Combs have pushed themselves to the limit in the race for a land speed record,” adds Matt. “In the process, they have made us all proud members of the human race.”