The High Quality Camera for Raspberry Pi has been catching the eyes of keen photographers for more than a year now. It’s been placed at the centre of many wonderful projects, but seeing it form part of a camera that wouldn’t have looked out of place many decades ago has made us snap to attention.

Designed by Ruha Cheng and constructed by her husband Penk Chen, the retro-styling comes courtesy of a 3D-printed case brought to life with the addition of faux leather patches wrapped around the body. “The look was inspired by Tokyo’s old camera shops,” Penk reveals. “Ruha is an illustrator and designer and has experience with film cameras. So, naturally she led the design, which shows in the project’s name.”

Going down the retro route has had another benefit. “The body size of an old camera is a perfect fit for DIY projects and there’s lots of room for electronic parts,” continues Penk, who is a software engineer by trade. 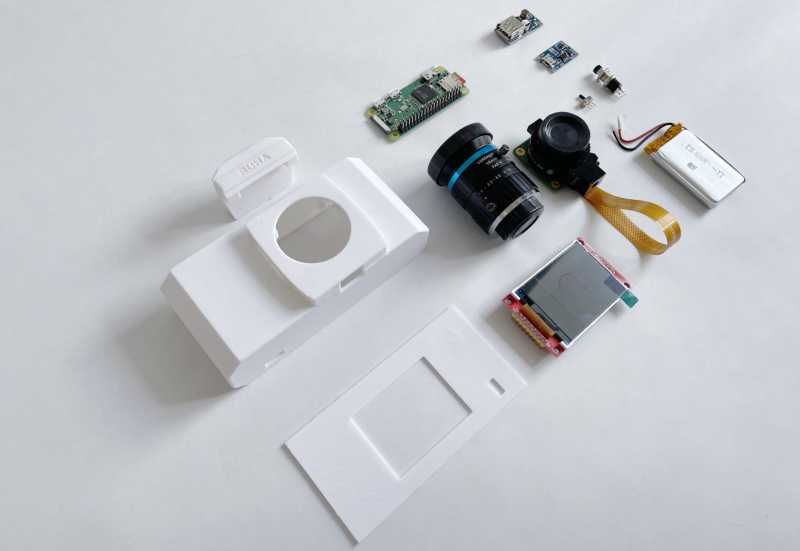 Those parts include a Raspberry Pi Zero W computer, a 2.2-inch TFT display that has been used as a viewfinder and a 2000 mAh lithium polymer (LiPo) battery. “I’m more of a smartphone camera user, but this project has been a lot of fun,” Penk says.

From the outset the pair, who live in Tokyo, had a clear goal: to make a usable Raspberry Pi camera with easily available parts that other Raspberry Pi users could replicate. “The milestone for the project was to take a picture of the Toyko Skytree tower from our balcony,” Penk says. So the couple got down to work to make it all happen.

Ruha says the easiest – and most fun – part of the build was decorating the camera. “You can choose colours and paint, and decorate it with faux leather or wood veneer,” Penk adds. “The most difficult part for me was figuring out the wiring of the LiPo battery, with a DC-DC step-up converter and USB charging module.” 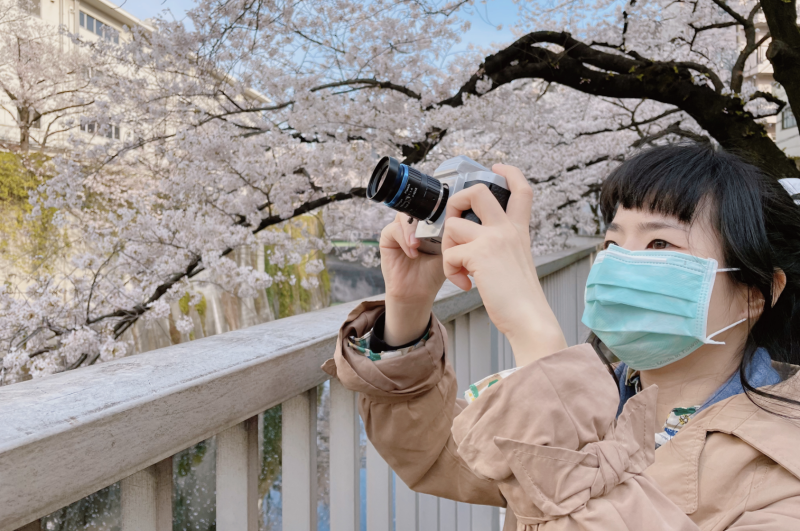 The decision to use Raspberry Pi Zero W was straightforward enough, though. “It has excellent balance and it’s powerful enough to handle the camera’s full resolution, yet small enough to fit into our 3D-printed case,” says Penk. “But we opted for a smaller 2.2-inch LCD to reduce cost and skipped a video recording function so we could meet the cherry blossom.”

Helping keep the quality high, the 12.3 megapixel High Quality Camera with its Sony IMX477 sensor supports C-and CS- mount lenses. Ruha and Penk chose a 16 mm, 10 MP telephoto lens and have been more than happy with the output.

“The image sensor size (7.9 mm) of the camera is equivalent to the sensors in the iPhone 5 era and even though it’s not on a par with APS-C or M4/3 sensors commonly found in mirrorless interchangeable-lens cameras (MILC), it’s definitely a luxurious upgrade from the Camera Module V2.”

They’ve found the viewfinder helps to compose the best possible image. “It’s also a lot of fun manually adjusting aperture and focal lengths, which sometimes causes ‘happy accidents’ that you don’t get with a smartphone.”

They’re certainly pleased with the results. “Since the project went live, we have received a lot of interest and much feedback from enthusiastic developers,” says Penk. “It’s literally technology married with liberal arts.”