Mary and Mark McIntyre are so dedicated to astronomy that they had a mini-honeymoon at AstroFarm in France, and timed it so the moonlight wouldn’t affect whether they could spot stars. They even moved halfway across the UK in order to set up home close to an important stargazing spot, at which point they decided to replace their existing meteor tracking setup. They have now built an RMS (Raspberry Pi Meteor Software)-based meteor tracker, one of dozens of astronomy trackers that helped pinpoint the whereabouts of a very rare carbonaceous chondrite meteorite which landed in Somerset in February 2020.

Mary and Mark’s previous Raspberry Pi projects included a weather station and an all-sky camera which they used with an analogue meteor camera, and for which they adapted code to display findings on their website (see github.com/markmac99). Expense and maintenance issues with this setup meant they were only too happy to get involved with RMS Raspberry Pi meteor tracking instead. “The RMS project was conceived, and software is written collaboratively by astronomy academics who wanted a lost-cost DIY system using off-the-shelf parts, to generate science-grade data about meteors as they burn up in our atmosphere,” says Mary. 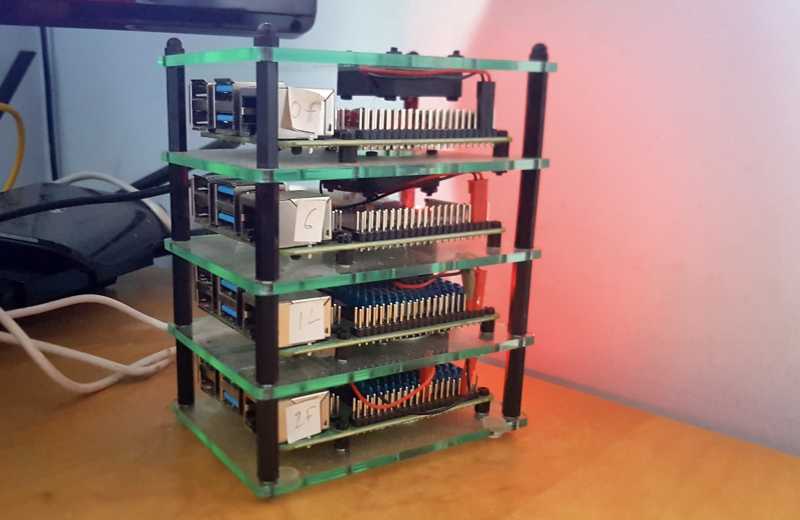 This chimed with the interests of the McIntyres, who now run five meteor cameras and help co-ordinate the UKMON (UK Meteor Network). Its team of more than 100 UK citizen scientists has adapted RMS with a UK-specific toolset and data archive, making it far simpler for stargazers to identify events and objects they spot. “If more than one station captures the same event, then you can calculate velocity, mass, a more accurate orbit trajectory, and whether or not anything survived and fell as a meteorite,” Mary explains. This is what happened with last year’s Winchcombe fireball meteorite.

The McIntyres’ meteor tracker uses a relatively inexpensive CCTV camera – chosen because it can detect objects in low light levels – which is pointing up at the sky and is clad in weatherproof housing. Handily, the camera can be positioned several metres from the couple’s home, while its Raspberry Pi is tucked away indoors. Mary’s version uses a Raspberry Pi 3, but she recommends the additional power of Raspberry Pi 4 if you’re keen to build your own. “We sometimes detect several hundred meteors per night on every camera, which can lead to heavy load on Raspberry Pi.” 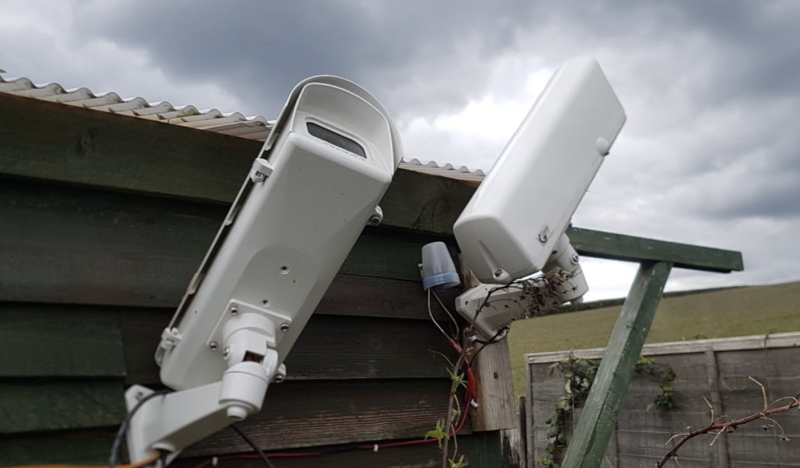 Connectivity is in the form of PoE (Power over Ethernet), but there are other options: “The biggest advantage of Raspberry Pi is that the system can be installed virtually anywhere. Ideally, it should have an internet connection, but it can be run off-grid using batteries and solar power if necessary, provided the operator can visit periodically to collect data,” says Mary. Parts to build the meteor tracker were easy to source from The Pi Hut and other component suppliers, with a total cost of around £200, including the camera. “If you have a little experience using Raspberry Pi and Linux, it’s pretty simple to set up,” she says. There’s a pre-built image suitable for UK users on their website.

Wonders of the universe

The free open-source Raspberry Pi Meteor Software (RMS) records the sky continuously from dusk until dawn, looking for anything that is moving. RMS recognises and discounts aircraft and satellite trails, fireworks, and most moths, bats, and owls. The camera is calibrated in advance with a ‘platepar’ file that identifies the star field in its field of view. Based on this information, it is able to work out the orbit of the material that caused a meteor event.

As well as meteorites, the RMS cameras can detect sprites – the extremely fast and faint upper atmosphere electric discharges that occur very high above thunderstorms. This is helping researchers who study upper atmospheric phenomena.

The open-source software is primarily written in Python 3 (and supports Python 2) with some performance aspects coded in C/C++. Downloadable from magpi.cc/rmsgit, its video capture and stability have recently been improved, while machine learning and detection accuracy are ongoing.

Mary has been impressed at how well Raspberry Pi has worked for their meteor detection setup. It cost around a third as much as a previous meteor system based on Windows. “Raspberry Pi has made it much more affordable, much easier to set up, and much simpler to maintain.”