Old-looking tech with futuristic properties is a popular concept in media these days, so much so that we’re surprised this is one of the first projects like this we’ve seen.

“My project was taking an old 1988 word processor and repurposing it into a gaming emulator with a Raspberry Pi,” creator Dylan Blake tells us. “I wanted to utilise the floppy disk drive with RFID tags to initiate the software and have a working power button for added effect.”

We’ve covered an RFID-based record player that did something similar with vinyls, but it wasn’t built into an old piece of tech like this. “I came up with the idea by realising I didn’t have a cool case to put my emulator in, and I really dig all things retro,” Dylan explains. “I found this device for $20 on a marketplace app and thought it would be awesome to work with.” 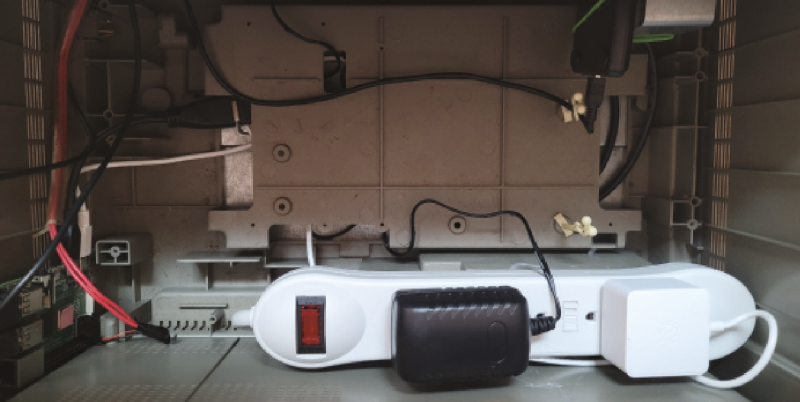 The way the system works makes it feel almost like a classic computer, albeit a bit faster.

“When you click the tactile power button, you are briefly greeted with a retro splash screen and then cute computer ASCII art prompting to insert a floppy disk,” Dylan says. “You fumble around for your favourite game handwritten on a 3.5-inch floppy, insert it into the floppy disk bay, and your game immediately starts up. If you don’t know what game you want to play, you can insert the ‘All’ floppy to access the RetroPie game menu (of course, using the 8-bit theme).”

Dylan chose Raspberry Pi to power this for all the familiar reasons – a good size, easy access to GPIO pins, and it also allowed him to get more comfortable with Linux. “Raspberry Pi has fascinated me for years, and I probably have five of them at this point for various projects.” 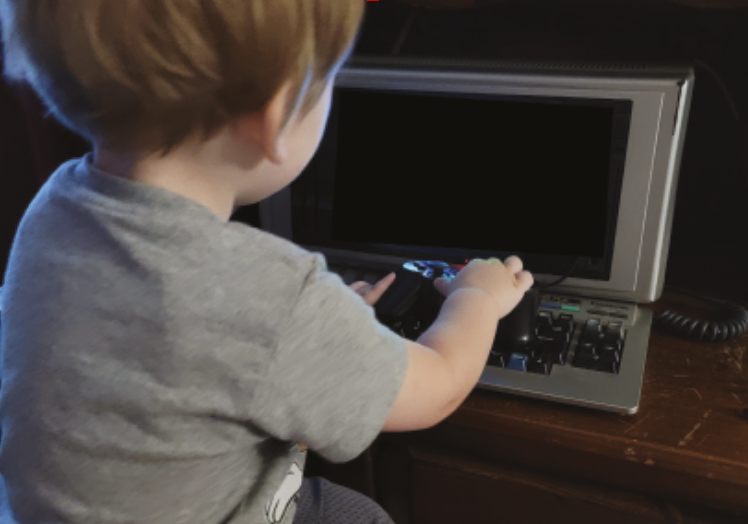 We’re big proponents of learning things when building projects, and as well as getting more experience with Linux, Dylan learnt how to use RFID tags and readers in the process, which we think is a cool skill. It wasn’t his first choice, though.

“I have a USB floppy reader that I would like to utilise instead of the RFID tag reader for look and feel,” he admits. “But right now I like the ease of use of the RFID reader.”

He says the reactions he’s received from it completely validate why he did it: “It was very popular on Reddit where I originally shared it, and my family loves how niche and fun it is! I especially like that my two-year-old son enjoys playing with it, albeit poorly. The only negative feedback I’ve received is that I repurposed a device that was already working. My counter to that is the word processor was only good for typing documents and saving them to floppies. Repurposing it has given life to this old tech, even if it’s just the aesthetics of the original device.