The Maker HAT Base is equipped with quite a bit more functionality, including on-board push-buttons, buzzer, and mini breadboard, plus a female breakout header.

The sticky-back mini breadboard fits into a space in the middle of the board. Note that if you’re using a HAT, it will cover the breadboard – and there’s not a lot of clearance. Still, it’s a nice addition. 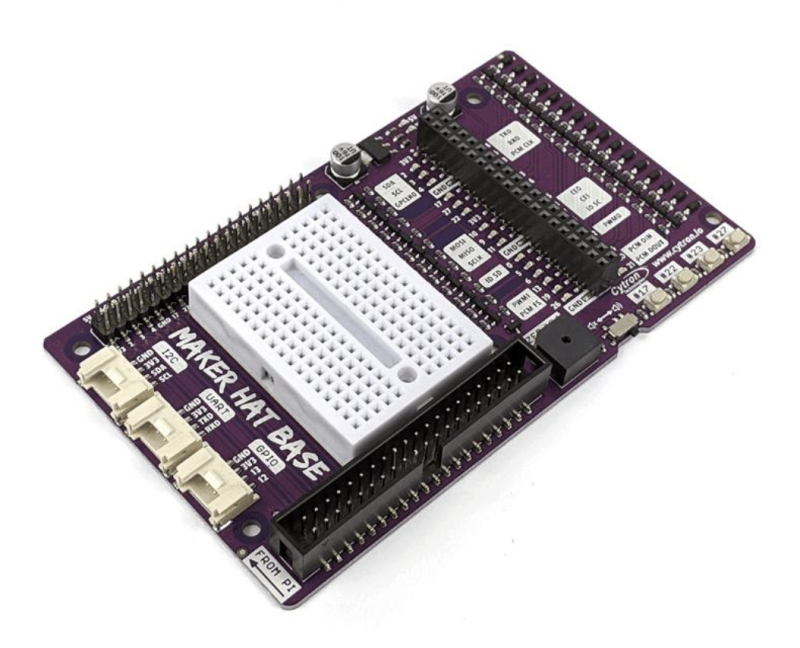 We really appreciate the labelling of the GPIO pins, too, which makes it much easier to find the pin you need rather than having to count along the rows. Even better, there’s a full female GPIO breakout header that you can use even with a HAT attached to the pins, so you can connect jumper wires to electronic circuits on a separate breadboard. A bonus is the inclusion of four on-board push-buttons and a buzzer (with a switch), pre-wired to certain GPIO pins.

As well as being fully labelled, the female header has a status LED for each pin, which tells you whether it’s currently pulled high or low. This should prove useful, especially for beginners, when debugging your own circuits and programs.