Sleek lines, tailored styling, and impressive build quality hallmarked the original Argon40 case. Now Argon is back with a follow-up, the EON. Having raised over £100,000 on Kickstarter, the project is nearly ready to ship, and we’ve been lucky enough to road-test a prototype for a couple of months.

The EON is a full network-attached storage (NAS) enclosure for your Raspberry Pi 4. Whereas previous NAS projects often involve a USB hub and cables to external drives, the EON fits up to four drives in an enclosure with a single power source. This allows you to build your own multi-drive storage solution for a fraction of the price of a PC-based equivalent.

The first thing that strikes you about the EON is the enclosure itself. No boring black box here – instead we appear to have a pyramidical version of the monolith from 2001: A Space Odyssey. The frame is built from “space-grade” aluminium, and feels reassuringly heavy. If dropped, we suspect it’s the floor that’s getting damaged, not the internals. Two magnetically-held opaque plates give a sleek black finish. The rear is solid with plenty of mounting holes for your drives. Raspberry Pi 4 sits at the base of the unit. 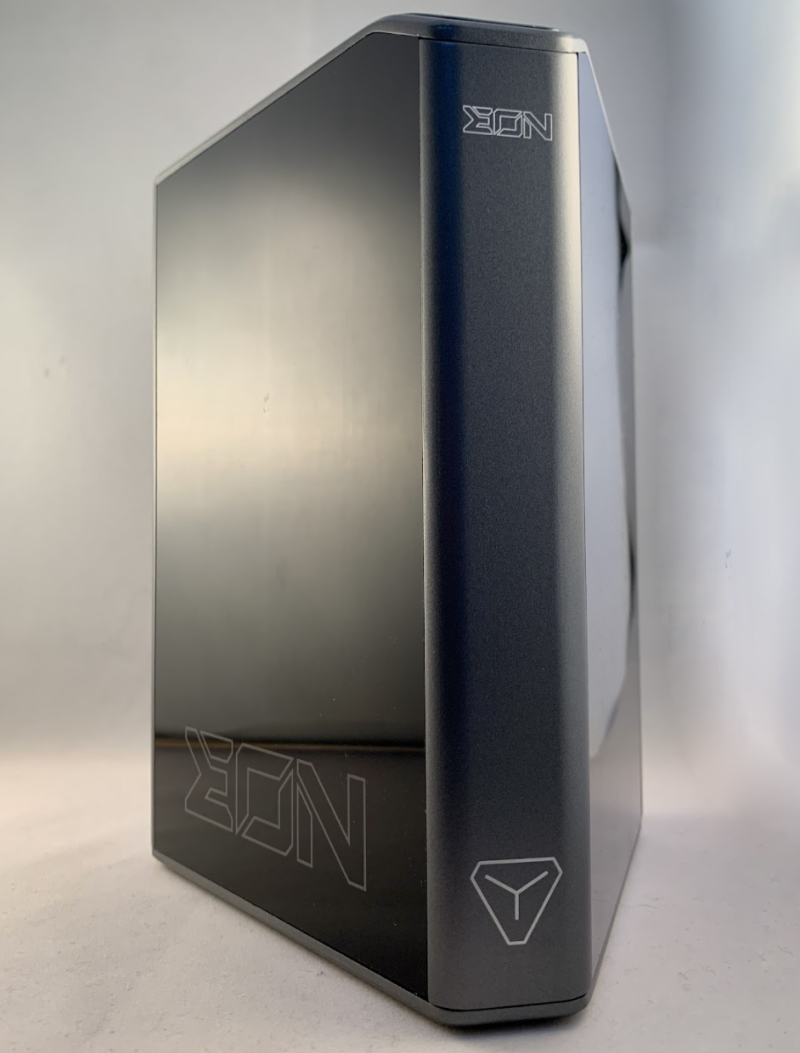 Inside is a layered affair with Raspberry Pi 4 at the bottom, then two further PCBs, the top exposing four SATA ports for your drives. These connect via USB 3.0 directly to your Raspberry Pi 4 using a supplied external connector. The SATA ports support four drives, mounted vertically. The unusual shape of the EON means that the two outermost connectors only support 2.5˝ drives, but the inner two can be full-size 3.5˝ HDD or SSD.

Argon has also baked versatility into the design with a built-IR port that works with the firm’s remote control (reviewed last month), perfect for a home theatre setup. A fan provides cooling for the entire unit, and the top-mounted power switch is a small OLED screen that can be customised to display anything, such as IP address or CPU temperature. 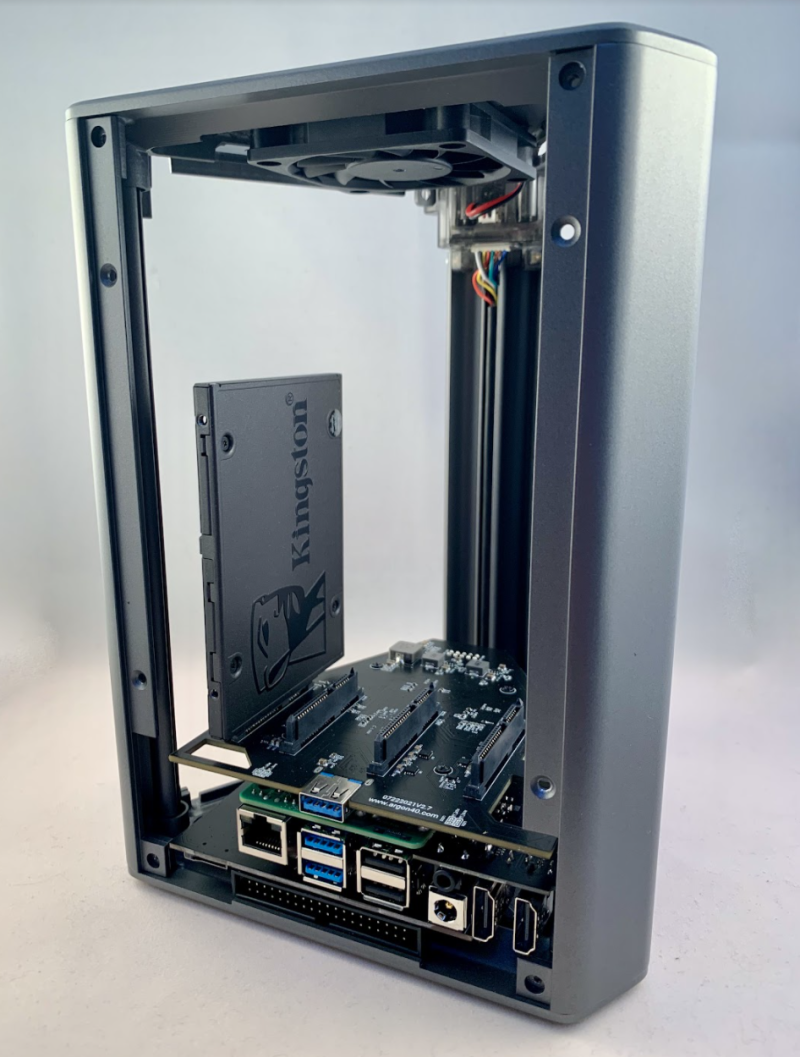 Installing drives was straightforward and the supplied screws and tools were a welcome bonus. Our Raspberry Pi 4 immediately recognised the new devices, and soon we had a RAID system up and running. Argon plans to add an internal USB port to support an M.2 SSD, so you can separate the operating system and RAID drives.

We found it hard to come up with anything negative about this case. The positioning of the power switch makes it very easy to hit it when handling the device, which can punish the impatient when moving things around. Also, despite the rock star looks, the shape of the device does cheat you out of 4 × 3.5˝ drives, which could be seen as form over function.

These minor nitpicks aside, this is one of the most impressive home NAS setups we’ve seen. If you want your home server not only capable of huge storage and Raspberry Pi performance, but also as something great to look at, this is for you.

This is simply a stunning piece of engineering. You can build a NAS that competes with much more expensive options, and it looks like something from a sci-fi movie.