8 BitDo is a company that’s been making a name for itself in the retro gaming sphere, supplying quality game controllers and conversion kits at a good price.
The firm recently sent us a box of interesting things to look at, and we decided to start here, with the Pro 2 controller.

If all that wasn’t enough, there is an ‘SADX’ Mode switch underneath that swaps between four different modes: Switch, Apple, Android, and Windows.

It comes with a long USB-C cable and 1000 mAh lithium-ion battery with “20 hours of battery life.” 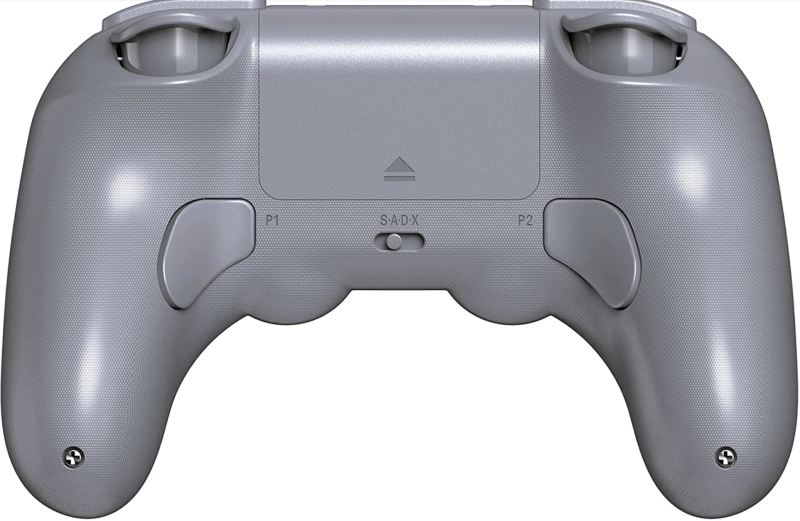 In terms of value, £40 is not particularly low-cost in the world of Raspberry Pi, but it is good value when stacked up against its immediate rivals: a Sony DualShock will cost you £50 and an Xbox One Controller starts at £55 (without a rechargeable battery). So, this is cheaper than either. But is it better?

Setup was a breeze. We used the Windows (X) setting on the back and started with a direct USB-C connection.  We then held down the Pair button and synced it up with ‘Add Device’ in the Bluetooth settings in Raspberry Pi OS.

Support in Raspberry Pi OS is game-dependent, although we had a blast in Super Tux Kart and Doom.

We moved onto classic games with Batocera.linux which is a new retro gaming distribution that we’ll be talking more about in future. Setup was even easier there, requiring us only to plug in via the USB-C and hold the Pair button. RetroPie was equally easy to set up, mapping the buttons on the controller during the setup process. 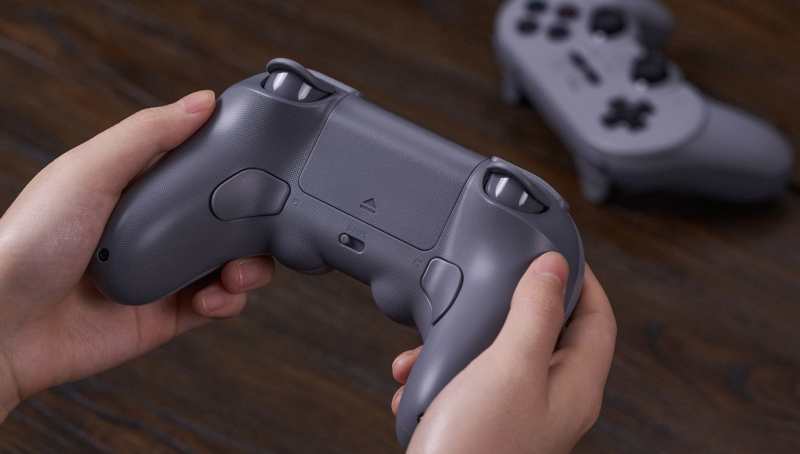 For a more modern experience, we tested it out with Xbox Cloud gaming. This enabled us to use all the analogue sticks and triggers with some of the latest 3D masterpieces. Again, we had no problems.

Button combinations can be mapped to the two Pro buttons on the rear; sadly, the software to control them is only available for Windows, macOS, Android, and iOS. It’s a shame you can’t do the setup via a web or Linux app.

There are a few quirks. You switch off the controller by holding down the Start button for three seconds, and you might find using Windows (X) not immediately obvious over the other settings. But really there’s nothing here that a read of the supplied instruction manual won’t clear up.

Build quality of the Pro 2 controller is superb. It’s easy to grip and buttons have a nice responsive click with no sponginess. The analogue sticks are weighted well and spring cleanly back to the centre. It’s certainly a step above the usual fare for a third-party controller.

The Pro 2 integrates neatly with Raspberry Pi, and the Mode Switch means you can quickly transfer it to any other consoles or computers that you might be using.

We really have no hesitation in recommending this one.

A fantastic controller for a good price that works across a range of Raspberry Pi games, apps, and distributions. Easy to set up and use. Shame the Ultimate Software isn’t available in Linux, though.