Creating video games in 2020 may be easier than it was 20, even ten, years ago but it’s still hard. As with a lot of skills, sometimes you need to practise with something similar and work your way up. Created a game in Scratch? Great. Printed Hello World in the Python shell? Wonderful. What’s the next step, though?

We think Ren’py might be a good answer. Not because it’s mainly used for creating visual novels (VN) – while easy to deride, they’re a legitimate genre and difficult to make in their own way – but because it’s designed to make it easier to develop. Not only does it have great starter guides, but it also has very advanced functions for more complex game elements, like game-generated animations.

While it’s been compatible with Raspberry Pi for years, it’s never worked as well as it might. On earlier models you needed to tweak some of the memory usage settings as Ren’py could try to use more than was available. Now that Raspberry Pi 4 is here with much more RAM, it works far better – nearly comparable to full-fat desktop machines.

Your humble reviewer spent the last few weeks making a game with it – an item management sim called BBQ DAD – and discovered a huge and helpful community rivalling the one found around Raspberry Pi. Games can easily transcend the intended VN style without too much wrestling, and it has great tools for testing and building your final product. Although you can’t quite release to Raspberry Pi just yet. 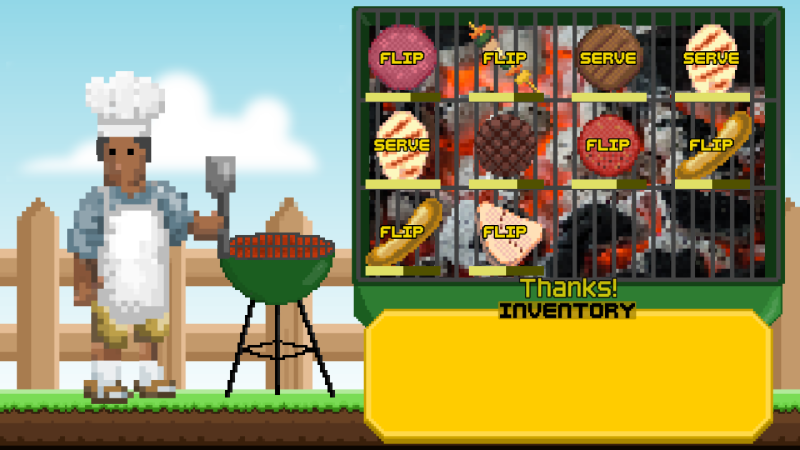 A great starting point to learn about game development, and even get your first game out into the world.

Ren’py games can be run on Raspberry Pi with some tweaks. After downloading and configuring the launcher for Raspberry Pi, and getting a game, run the Ren’py launcher. Hit Preferences and change the Projects Directory to the folder with the game in. Click Return, select the game from the menu, and hit Launch Project.