GPIO Zero is a very powerful tool, and now you can use it when you’re not even on the Raspberry Pi! Using the new Remote control GPIO feature.

The GPIO Zero Python library not only makes programming simple electronics easier; it comes with some advanced features.

These offer seamless interfacing between different devices, while helping you progress along the Python learning curve. One useful thing about GPIO Zero is that you can choose which low-level pin library to use, allowing you to take advantage of the power of another library as required, without having to rewrite your code. By default, Ben Croston’s RPi.GPIO library is used, and that’s fine for most purposes.

One of the supported alternative libraries is Joan 2937’s pigpio library, which supports remote GPIO. This allows you to remotely control the GPIO pins of a Pi over a network. You can control the pins from a PC or Mac, or from another Pi, and even use the GPIOs of multiple Pis within the same script.

This month, GPIO Zero v1.4 was released, stabilising the remote pins syntax. This guide is written for v1.4 and will not work on earlier versions. Make sure you upgrade before you start: open a Terminal and enter:

Remote control GPIO: How to use GPIO Zero

A simple GPIO Zero Python script looks like this:

The way GPIO Zero wraps around low-level pin libraries is by providing a pin factory. By default, an RPi.GPIO-based factory is used, and when you ask for a pin, the factory gives you a connection to it using the chosen pin library. A pigpio pin factory can be used on its own (simply use the pigpio library instead of RPi.GPIO), but if an IP address is provided too, this can be used to remotely control a Pi’s pins.

To run the above script (unchanged) on a remote Pi, the Pi needs to be configured to accept remote connections. This can be done using the Raspberry Pi configuration tool (via GUI or sudo raspi-config), by enabling Remote GPIO under Interfaces. Otherwise, the Pi needs to have the pigpio daemon running, by entering sudo pigpiod in a Terminal. Finally, look up the Pi’s IP address with hostname -I. Now return to the Pi you’re running the script from, and instead of running the code normally (like python3 led_button.py), set two environment variables in the same command, using the remote Pi’s IP address:

Now, when the script runs, the GPIO commands are executed on the remote Pi over the network.

An alternative to running a script from the command line is to set the environment variables before launching your Python editor. For example:

You can also export these variables in your .bashrc file. See magpi.cc/2qd2MEb for more information.

Alternatively, you can change the default pin factory in the middle of your script, like so:

Press the button on your Pi and watch the LED light up on the remote Pi. With no environment variables set, RPi.GPIO is used as the default pin factory. When the button is created, it uses RPi.GPIO to address a local pin. The default pin factory is replaced with pigpio, connecting to a particular IP address, and the LED is created on pin 17, which now refers to the remote Pi.

While this can be a confusing concept, it’s quite simple once you get used to the idea, and it could be very useful in many projects. You can even run this code on a PC (not a Raspberry Pi) and use it to control a Pi on the network. Any platform (Windows, Mac or Linux) will work, as long as you have Python, pip, GPIO Zero, and pigpio installed. For full instructions, head over to the Remote GPIO documentation.

It’s worth pointing out that allowing remote GPIO connections over the network can be risky. You probably shouldn’t do this in a real project on a network with other users. However, you can take precautions to make it more secure. An easy method is to only allow remote connections from a particular IP address when launching the pigpio daemon:

Click here for remote GPIO recipes and more on the GPIO Zero documentation.

GPIO Zero is an amazing tool for creating simple electronics and making your projects just that little bit easier. Check out our Essentials book, Simple Electronics with GPIO Zero. 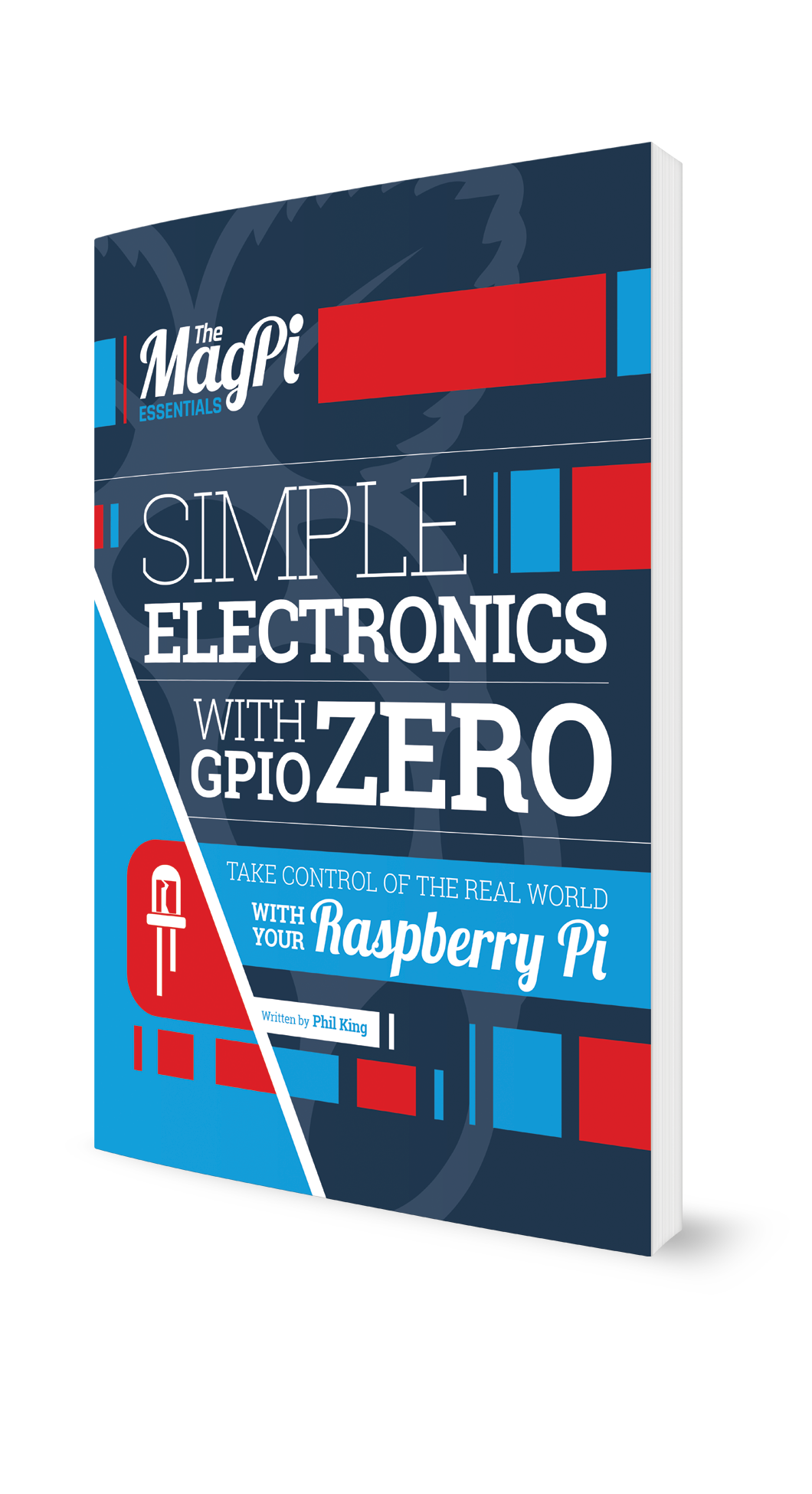