Say hello to Reachy – a humanoid robot that you’re likely to love to bits when you first set eyes on it. Blessed with futuristic styling and able to carry out many tasks with precision, it can interact with the environment and with us humans, making for a rather endearing creation.

Which part of Reachy you’ll love, however, will mostly depend on the configuration you decide to buy – assuming you have enough money, given that the prices start at €9990.

The basic model, for instance, comes with just a torso and one arm, while ‘expressive’ adds a Johnny Five-like head. An advanced option gives Reachy an extra arm, but in each case there’s a fine heart beating inside: a Raspberry Pi 4 running the Raspbian operating system.

According to Pierre Rouanet, co-founder and CTO of Reachy creator Pollen Robotics, the decision to use Raspberry Pi 4 came after much debate. “We wanted to provide a simple and well-known setup with a supportive community that would let our users quickly understand, adapt, and modify the basic tool we were providing. Raspberry Pi has always been a very good solution for this.”

Reachy is open-source and developers can program it using Python, which opens up the possibilities of what it can potentially do. Indeed, Pollen Robotics initially created the robot to help researchers study arm-control in humans, but it’s evolved a lot since. 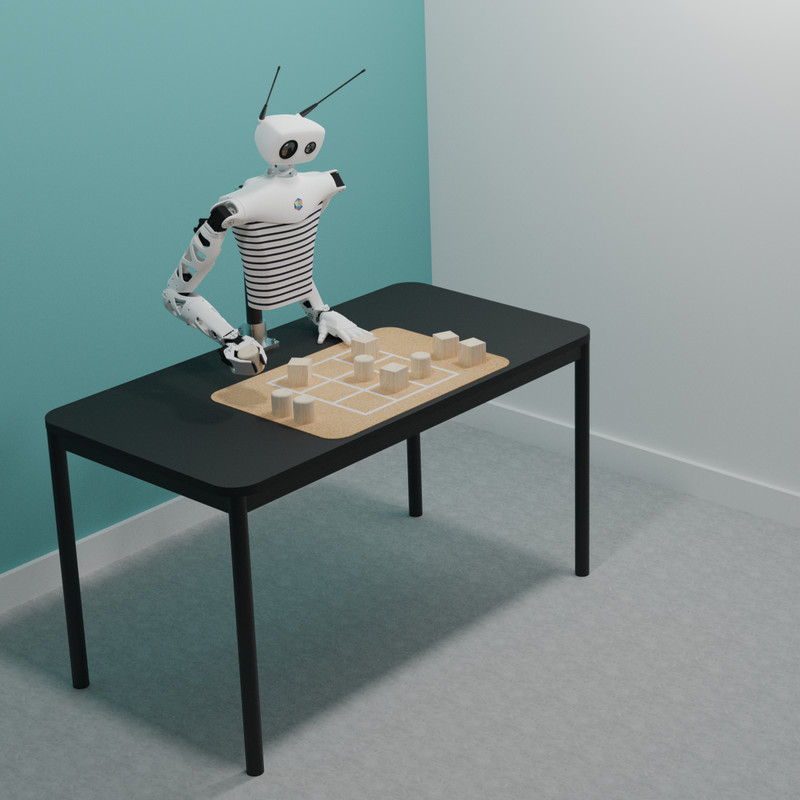 “When we started Reachy in 2016, our former researcher colleagues had wanted to see how an amputee could easily control a prosthetic arm, and they needed something that could closely reproduce human motion and shape,” Pierre says. “But we developed new features, including using machine learning for control. We also wanted to work on its ease-of-use to extend the range of its potential users.”

To that end, Pollen Robotics has pre-installed its own Python API and some extra tools for communicating with all the motors and sensors via USB-to-serial communication.

“[Raspberry] Pi is actually running the whole synchronisation loop that retrieves all of the sensors values, and it publishes new commands for the effector (it runs at ~100Hz for Reachy, which is higher than most synchronisation loops in humans),” says Pierre. “On top of that, we run a higher-level application.” 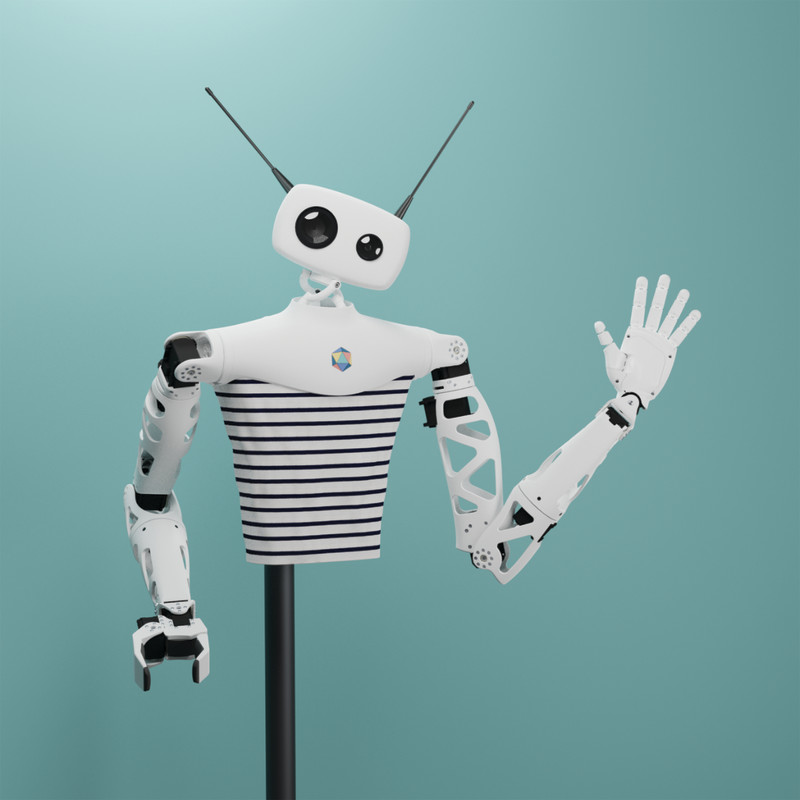 Key to the robot is its built-in artificial intelligence. “We wanted to provide high-end and efficient tools for machine learning,” Pierre continues. “Our users require lots of power to perform analysis from the sensors, such as live object recognition and tracking, voice recognition, complex trajectory generation, and so on.”

As luck would have it, work on Reachy coincided with the arrival of the Google Coral AI accelerator and the new USB 3 ports in Raspberry Pi 4. “It was perfect timing,” says Pierre.

“We could run all the machine learning we needed, while still providing a simple ready-to-use setup and on top of that, we don’t need to rely on a cloud service.”

Pierre says Reachy currently shines best when it is manipulating simple objects and interacting with humans. As such, it’s primarily intended for use in food and customer service, research, and development. But Pollen Robotics envisages a lower-cost version for hobbyists at some stage which would make for a rather exciting development for the Raspberry Pi community. “This is definitely something that I would like to encourage and see emerge,” Pierre says.