It can’t have escaped anyone’s notice that The MagPi loves to see makers tinkering with retro tech. Bringing old machines back to life is humongous fun, allowing us to tap into nostalgia while seeing how far devices of a bygone age can be pushed in the modern world.

With Kian Ryan’s latest project, a Psion 5MX personal digital assistant, popular in the late 1990s, has been turned into a portable Linux terminal, thanks to the addition of a Raspberry Pi Zero computer. The idea grew off the back of another project.

Kian loves his Psion. “It’s still an aspirational device. The combination of screen and keyboard haven’t really been beaten in the 23 years since it was first manufactured,” he says. “It’s a very usable, very geeky device that’s near-perfect for the keyboard-orientated. 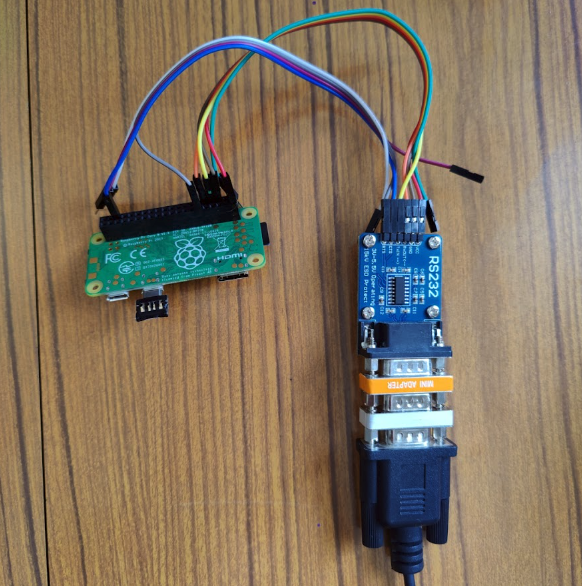 “I still use it as a daily writing driver and a good number of my blog posts start off life on the Psion before being transferred to the big machine. I wanted to give it a new lease of life to do a range of jobs that it can’t currently do, which is write code, browse the internet, and occasionally tweet.”

Cue Raspberry Pi Zero, a device perfect for the task in hand. “It’s a nice platform to work from because it’s small, light, and low-power,” Kian says. “I was only looking for lightweight jobs in a console, and I didn’t need the full power of Raspberry Pi 4.”

The idea was to use a serial connection to allow the two devices to communicate. As Kian says, it required a pile of cables and adapters. “I used a proprietary Psion RS232 to DB9, a gender changer, a null modem, RS232-TTL, and jumper leads to Raspberry Pi,” he says. “I then enable the serial console through config.txt, switch the UART, enable CTS/RTS, and tell the serial driver to use hardware flow control”. 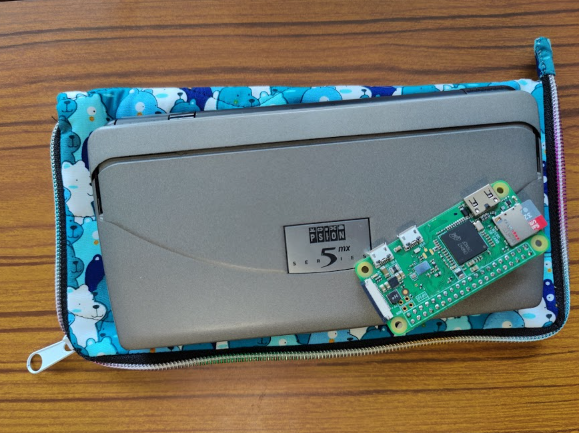 It proved to be a rather involved process, with the additional fun of setting up the software. Kian has used the Hermes terminal program for Psion 5MX which he grabbed from the Internet Archive. “The terminal emulator takes commands from the Linux shell and translates them into things on the screen and it takes your keystrokes and sends them to whoever is listening,” Kian says.

“Using a terminal emulator and a few wires means we can take commands from Raspberry Pi and interact with them on the Psion.” It also meant Kian has been able to use a terminal-based Twitter client called RainbowStream to send a tweet from the Psion 5MX. He can also make use of the VIM text editor. “What more does a user need apart from Raspberry Pi and a mighty VIM?” he asks. 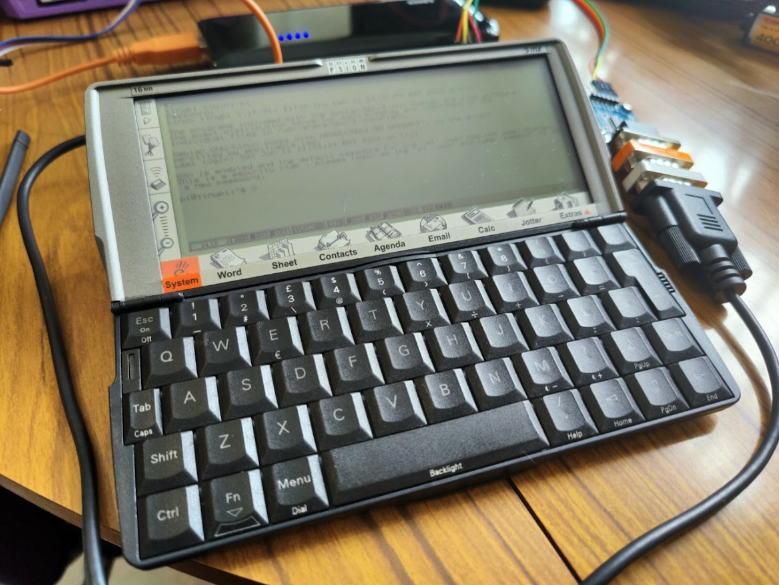 Kian is certainly happy with the result. “What I wanted from the Raspberry Pi side was something that let me fiddle,” he continues. “I’ve used it to browse Twitter a little bit and, with hardware flow control, Hermes runs VIM pretty great. It’s a pleasant experience, and fun little Linux machine.”