My background is really related to rock and soils,” Alex mentions to us. He’s recently tagged The MagPi Twitter account into a post about his workshops in Puerto Rico. “I graduated from the Department of Geology of the University of Puerto Rico. I took a C++ course which I found very interesting and that was it, until the maker movement hit me five years ago.”

Alex helped start a makerspace with his friends and family in 2014, and he learnt all about microcontrollers and the Raspberry Pi from the community that gathered there.

“Then, back in 2016 I went to US to be part of the first cohort of Raspberry Pi Certified Educators,” Alex reveals. “Since then I have been introducing the Raspberry Pi ecosystem to the classroom and helping fellow educators in the island with talks and workshops along with fellow makers.”

Like us, you may be wondering how the US territory of Puerto Rico is doing after Hurricane Maria devastated it last year. Alex himself refers to Puerto Rico today as paradise, but it’s clear there are still some long-lasting effects:

“The hurricane hit us very bad. We had to cancel many maker-related events and gatherings. Many of our friends still work on their personal projects on their houses, but we lost most of the momentum by staying closer to family.” 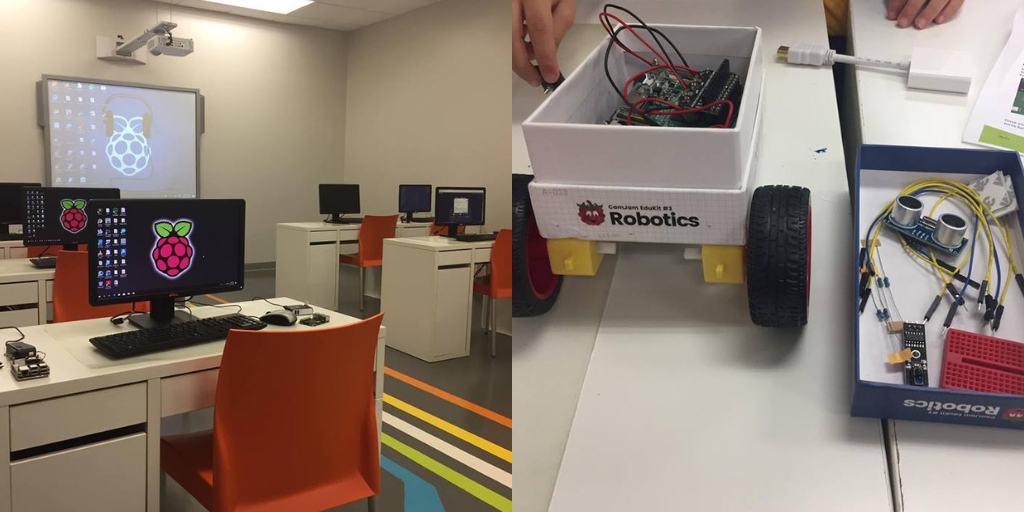 What prompted you to start the workshops?

The current workshop that we are giving in my school started because my school Director wanted me to enter a robotic league competition, but the fees and equipment were very expensive and we couldn’t afford it. Most of the educators I talked to are experienced in VEX [robotics] competitions and had been in the US finals, but never had an experience on any Raspberry Pi-related projects. This was another reason to start these workshops: many of them wanted to build projects from scratch and teach their kids computer programming skills.

The Raspberry Pi community is very resourceful and here we found the Pi Wars events. So I sent a message to Pi Wars organisers in order to ask for permission to make a Pi Wars-like event with fellow educators here in Puerto Rico. I asked my colleague Damaso Cardenales – who is a member of our Makerspace PR, Inc., and a computer programmer – to help me with this project.

What kind of things do you teach in the workshops?

For these workshops we are using the CamJam Robotics kits that you can find in The Pi Hut. The majority of the teachers and students are new to the platform, so the workshops are divided on the level of difficulty. Teaching [ranges] from how to burn a Raspbian image on the SD card, to working with the GPIOs using Python, and remotely accessing Raspbian from another computer. We have been giving three workshops until now and are planning more in the future.

How well have the workshops been received?

In my opinion, the workshops were so good that we had home-schoolers coming in, and parents with kids attending the sessions. There is a great effort from other schools to bring these workshops closer to them. Also, we are planning to hold a Pi Wars event next year. For next year, I am planning – with the awesome people of MakertechPR, a local DIY and electronics store – a Raspberry Pi summer workshop for the University of Puerto Rico.

If you’re interested in getting involved with the Puerto Rican maker community, Alex is happy to talk to you. You can contact him at:

This Raspberry Pi project first appeared in The MagPi #77.