With a simple text message, you can open Conor Breen’s door. As long as you’re on the guest list. Rob Zwetsloot takes a look.

As technology and interconnectivity steam ahead, new solutions to old problems sometimes present themselves. While a trusty key may not be quite the thing of the past yet, electronic locks using RFID and other kinds of digital authentication are already occupying that space nicely. This is where OpenSesamessage comes in.

“My project is a smart home entry system designed to be modular, cheap, and cross-platform,” creator Conor Breen tells us. “It allows a person to add this device to their front door and, through the website, grant people access to the device through their phone number.” While this is a little more involved than using a phone’s built-in NFC capability, it probably makes it a little more secure in the process. In fact, the system makes use of Telegram, an open-source messaging service well known for its security.

“The idea stemmed from me always forgetting my keys,” Conor admits. “But, because of forgetting my keys, I would invariably have my phone to call someone to either let me in or lend me theirs. So why not cut out the middleman and [let] my door be the one I text?.

“It worked better than expected. The device was able to parse incoming messages; even when bombarded, it would just queue them. Users would be returned messages either allowing them entry or disallowing them. I was approached by people who were thinking up new use cases for this device; one in particular was a person who had a few Airbnb apartments, and they thought this would be a great alternative to a key box outside the apartment.” 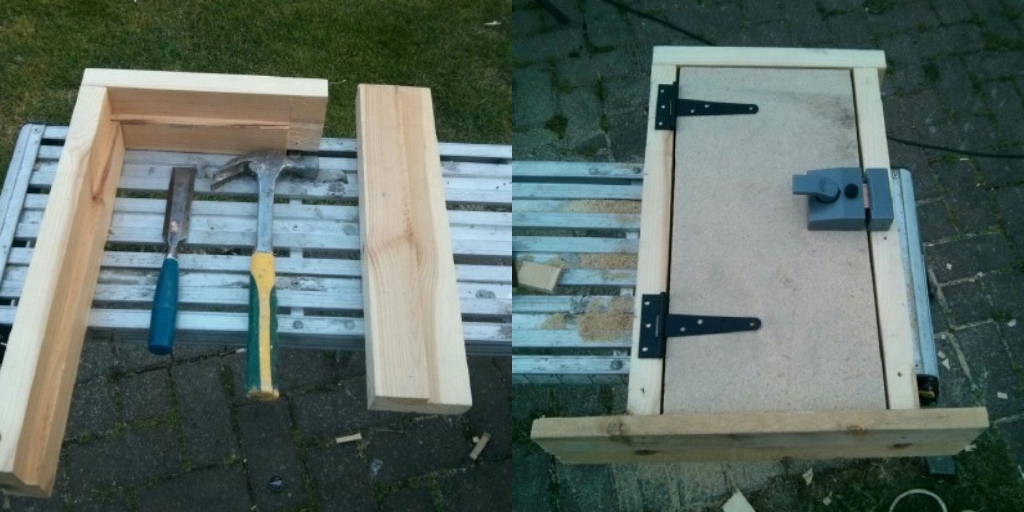 While the project was tested on a model door, Conor assures us it would work just fine on a normal one – the latch lock in particular was one that you would use on a regular door anyway. Even then, there are some ways in which he’d like to improve it.

“I am interested in adding extra functionality, such as adding cron jobs to give a user privileges for a specified amount of time and when that time is up, their access would be revoked,” Conor explains. “And if I had an untold amount of time, I would love to have gotten into writing a messenger service from the ground up, and have a bespoke app for the device. Hardware-wise, I would have updated the battery pack that operated the servo to be rechargeable, and maybe charged out of one of the USB ports.”

This test version of the device is currently battery-powered The Raspberry Pi runs the service OpenSesamessage, which checks users for access. The latch is controlled by a servo connected to the Raspberry Pi.

You can read Conor’s complete paper, full of all the technical information you’d ever need on the project, here.

This Raspberry Pi project first appeared in The MagPi #77 and was written by Conor Breen.