Setting the exact prayer times for a mosque has not always been an easy task. It has generally entailed manually adjusting old clocks or electronic boards, something which has frustrated many worshippers over the years.

“Old clocks are not precise – you set the city, but the prayer times are not correct and you have to regularly adjust them,” says Yassine. He's part of a volunteer project team that has worked on a solution. Set up by founder Ibrahim, the group has found a Raspberry Pi computer to be the right tech for the task. The result has been an advanced, information-rich prayer clock for mosques – one which can broadcast the weather, make announcements, and even issue reminders to silence a mobile phone. Called Mawaqit, it also displays religious guidance every five minutes. 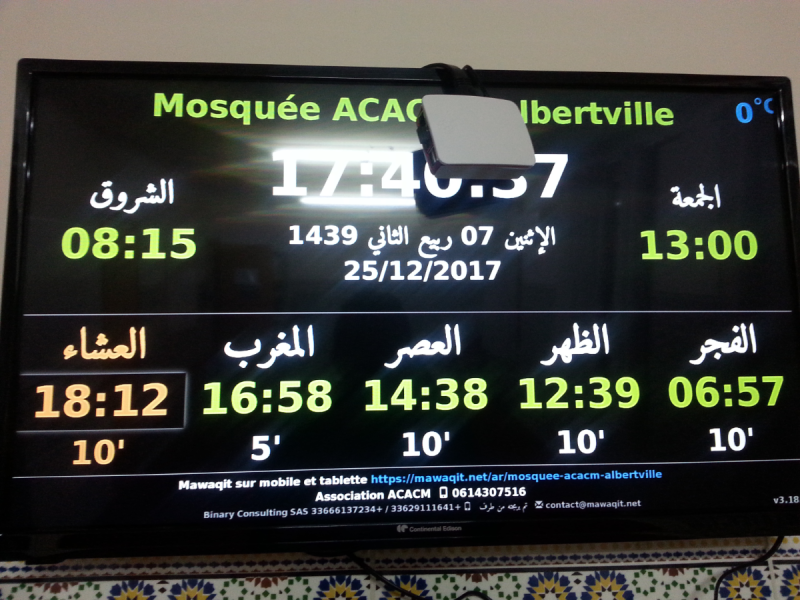 “Video of Al-Jumu'ah [Friday prayer] can be shown as well,” says Yassine. It's the essential information that has made Mawaqit particularly useful. “It displays the current date and time as well as the current Hijri date [the Islamic calendar] which is automatically calculated by the software and adjustable by the user,” Yassine explains. “There’s also the name of the mosque, with prayer times of the current day displayed alongside the time left to the next prayer.” 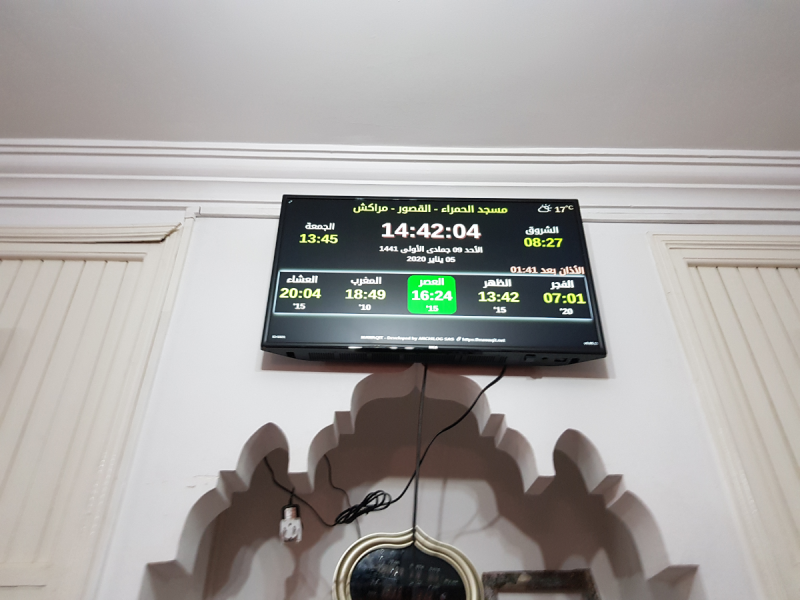 Right from the start, the aim was to keep the project as simple as possible. “All the technical needs are provided by a Raspberry Pi computer, a display, and a HDMI cable,” says Yassine. But such simplicity is part of the appeal. “Raspberry Pi is affordable and it’s small, which makes it easy to put behind a TV,” Yassine continues. Indeed, the team ensures that all of the hard work is taken care of, with help and advice only a social media message or email away, leaving users of this open-source project to benefit from the results. “We regularly deploy new features and fix bugs and we're in close touch with users to offer technical support,” Yassine says. “We have a YouTube channel that explains how it works, an API which lets users create their own extensions, and we even have a mobile app version on iOS and Android.” 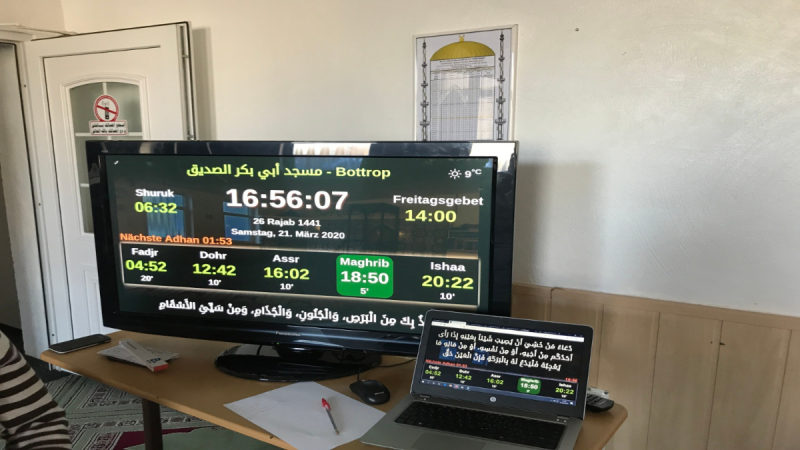 Getting going is as easy as installing the preconfigured system image and flashing it onto Raspberry Pi’s microSD card. The latest updates install automatically and the software can be remotely controlled from a smartphone, tablet, or computer. Although Mawaqit is a web application that can be preconfigured by mosque managers using an online tool to manage schedules, news and other features, the project supports the RTC clock for offline installations. “We also configured Mawaqit to auto-start at boot using the Chromium browser,” adds Yassine. With all this in mind, it's little wonder Mawaqit is being used in more than 4600 mosques in 51 countries. “The feedback has been very good,” says Yassine. “Raspberry Pi is now seen as an absolute necessity not only in mosques but homes as well, and everyone who starts to use it never takes it down.”