Let’s take a look at some of the new features in Raspberry Pi OS 'bullseye' and the differences from previous versions.

How do I get Bullseye?

Can I upgrade from 'buster' to 'bullseye'?

You can’t upgrade from 'buster' to 'bullseye' using sudo apt full-upgrade – this only takes you to the latest version of the current (i.e. ‘buster’) operating system. You have to install 'bullseye' onto a fresh microSD card. If you have data on your 'buster' installation you want to keep, we recommend copying it to a separate drive and then back to the fresh 'bullseye' installation.

What if I want to get Buster?

How different does Bullseye look?

If you’ve used Raspberry Pi OS before, you’ll immediately notice that the default wallpaper is different in Bullseye. If you like, you can change it in Preferences > Appearance Settings. Another change you may notice is that desktop windows have a shadow effect on their borders, and animate as they open and close. Widgets and their tabs and buttons also look a little different.

In File Manager, the view modes have been simplified, with icon options to switch between icons or list mode. For more advanced options, you can use the View menu to zoom the icon size in/out and select thumbnail icon mode.

One of the numerous under-the-hood changes in Raspberry Pi OS Bullseye is that the KMS (kernel mode setting) video driver is now used by default, whereas previously it was an experimental option.

While you may not notice much of a change in how the video display works or performs in general, one major advantage of using KMS is that it’s the standard open-source video driver used in Linux. This means that any application written using the standard Linux display APIs should run on Raspberry Pi without the need for modification. 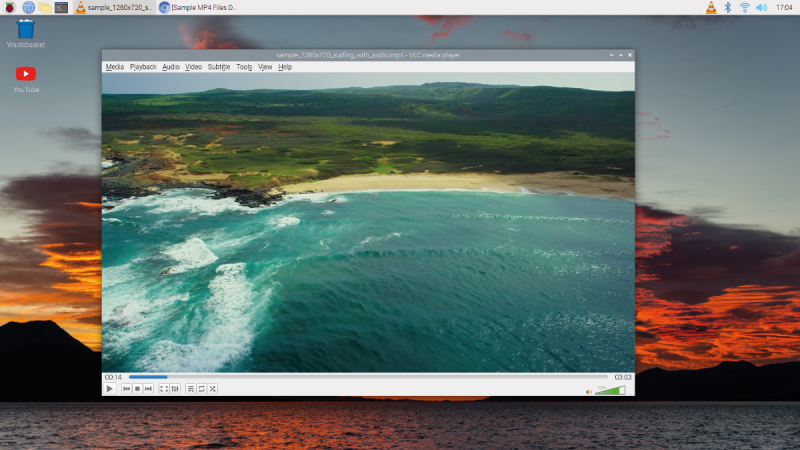 In addition, now that all the display drivers for Raspberry Pi OS are part of the Linux kernel, this should make it easier for manufacturers of custom displays to add support for Raspberry Pi.

The upgrade to Bullseye brings with it an update of Chromium to version 92, which has also been optimised to use Raspberry Pi’s hardware to accelerate video playback. 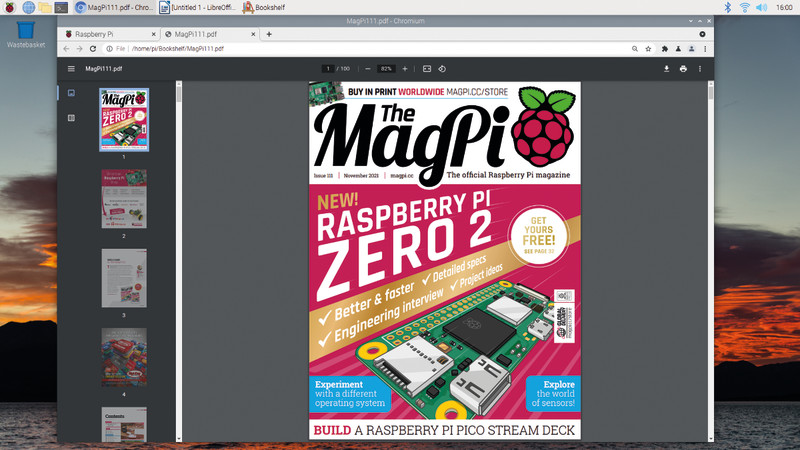 Will my Raspberry Pi run faster?

Why doesn’t my Raspberry Pi have the new interface?

The new look is down to the use of a new window manager called Mutter. The switch to Mutter is due to the upgrade from GTK+2 to GTK+3 for user interface components. Mutter replaces the Openbox window manager used in previous versions of the OS. Openbox is still employed if your Raspberry Pi model has less than 2GB of RAM, because Mutter is quite demanding in terms of memory usage.

How do I manage notifications?

Raspberry Pi OS 'bullseye' now has a common notification manager which tells you about things like USB devices being inserted/removed and low power supply voltage, and memory allocation.

Notifications appear in grey windows under the right end of the taskbar, with the most recent messages shown at the top. Each notification will time out and automatically disappear after 15 seconds, or when you click on it.

The notification timeout setting can be altered in the Appearance tab of the Panel Preferences dialog, accessed by right-clicking the taskbar. If you set the timeout to zero, notifications will stay on screen until clicked. You can also turn notifications off completely (not advisable).

How should I keep 'bullseye' up-to-date?

Another major user-friendliness improvement in 'bullseye' is the introduction of an updater plug-in for the taskbar. Whenever you reboot Raspberry Pi, or every 24 hours if it’s left powered up, it will check for any software updates and show an update icon in the taskbar with a notification telling you that updates are available.

Click the update notification to open a window showing you the packages that can be updated. Just click the Install button to start installing them; you can then carry on with whatever you were doing while they install in the background.

Why is it ‘bullseye’?

Every major version of the Debian Linux distro, upon which Raspberry Pi OS is based, takes its name from a character in Disney’s Toy Story movie franchise. Previous versions include Wheezy, Jessie, Stretch, and Buster. If you’ve not seen the movies, Bullseye is Woody and Jessie’s horse, one of the new characters introduced in Toy Story 2.