Being inside a lot can easily get you down, especially if you don’t seem to have gained any free time. For people that do have a little extra time, a world of possibilities is open if you want to take it. Like Jolien Oomens, who built an entire bed and added a Raspberry Pi to it.

“This March, two friends of mine organised a Raspberry Jam in my hometown, Amsterdam.” Jolien explains. “There I saw some really cool projects. Living in Amsterdam, more living space in my apartment is always very welcome and I’ve wanted a loft bed for some time.”

Instead of simply modifying an existing bed, Jolien went the extra step and built her own, using just a jig-saw and drill as that’s all she had.

“I built a double loft bed in a tree-house style with LED lights and an embedded display with a clock and the weather forecast,” she says. “The control panel also has three buttons which can be used to turn the lights on and off. The light strands I bought were connected to battery packs, so I cut those off and wired the strings to a Raspberry Pi.” The bed is approximately 3 m by 1.7 m and its height is 2.6 m, while its steps also function as shelves for the ground floor. 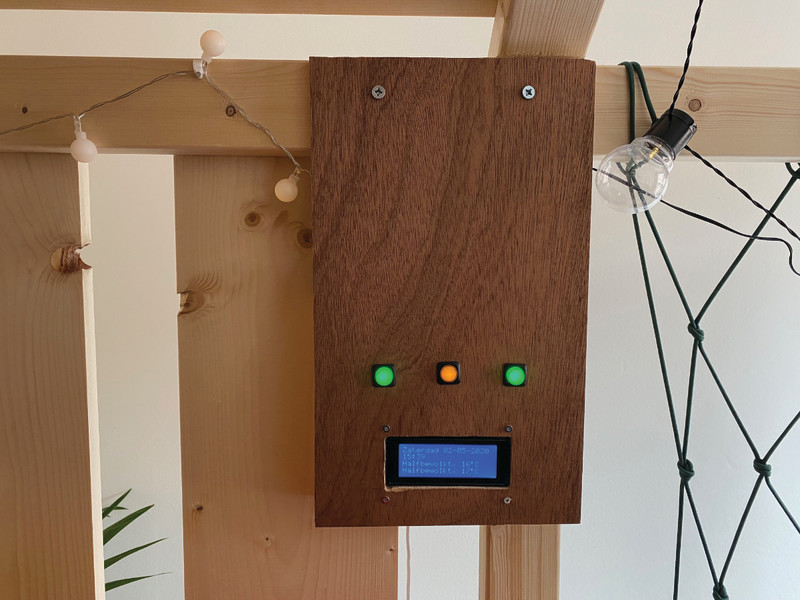 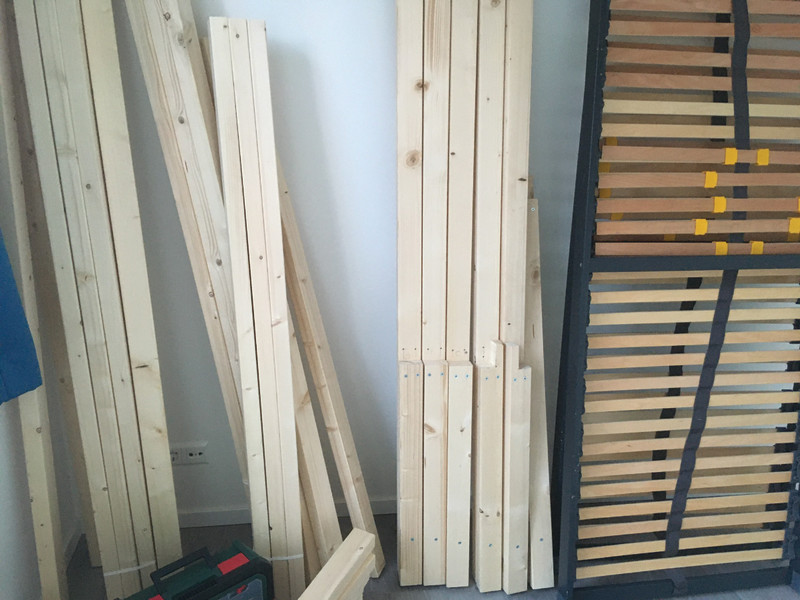 “When I started building, I wasn’t sure what features I wanted to add and Raspberry Pi is very flexible,” Jolien recalls. “It’s also very easy to set up SSH, which was necessary since the electronics are embedded in the side panel and can’t be reached directly.”

For just a bed, it’s got some fairly advanced tech in it, as Jolien reveals: “Besides the control panel in the bed, I also made a progressive web app which enables me to turn the lights on/off and set an alarm via my smartphone. If the alarm is triggered, Raspberry Pi turns on the lights and a song is played. Everything runs on Python and I used Python Flask to make an API on Raspberry Pi so that the GPIO pins connected to the lights can be turned HIGH and LOW from the outside.”

It sounds amazing already, and we’d probably put down some serious cash for a product version of it. However, Jolien isn’t quite finished yet. “I think this project took me about 100 hours in total,” she says. “At this moment, the speaker is not attached yet; I will do this next week. I also want to design a 3D-printed laptop wall mount for the ground floor.”

We’re eager to see what else Jolien can come up with to add to an already very impressive project. 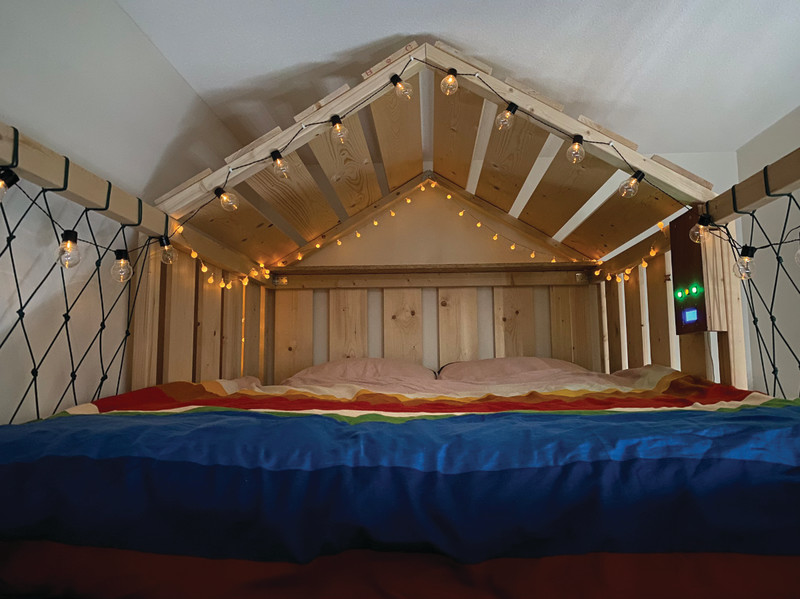