Daleks are the most feared race in the universe, so what could be more fun than building your own Raspberry Pi-powered Dalek?

That’s what developer Ron Ostafichuk thought. “I’ve been tinkering with the Raspberry Pi ever since it came out,” he tells us, “and I’ve seen many small robot projects, but decided that a big robot would be much more fun.”

The Dalek didn’t start out as a Dalek: Ron wanted to build a robotic lawnmower. “I have a huge lawn and I wanted to show my kids that you could build a large robot, using spare parts and scraps.” 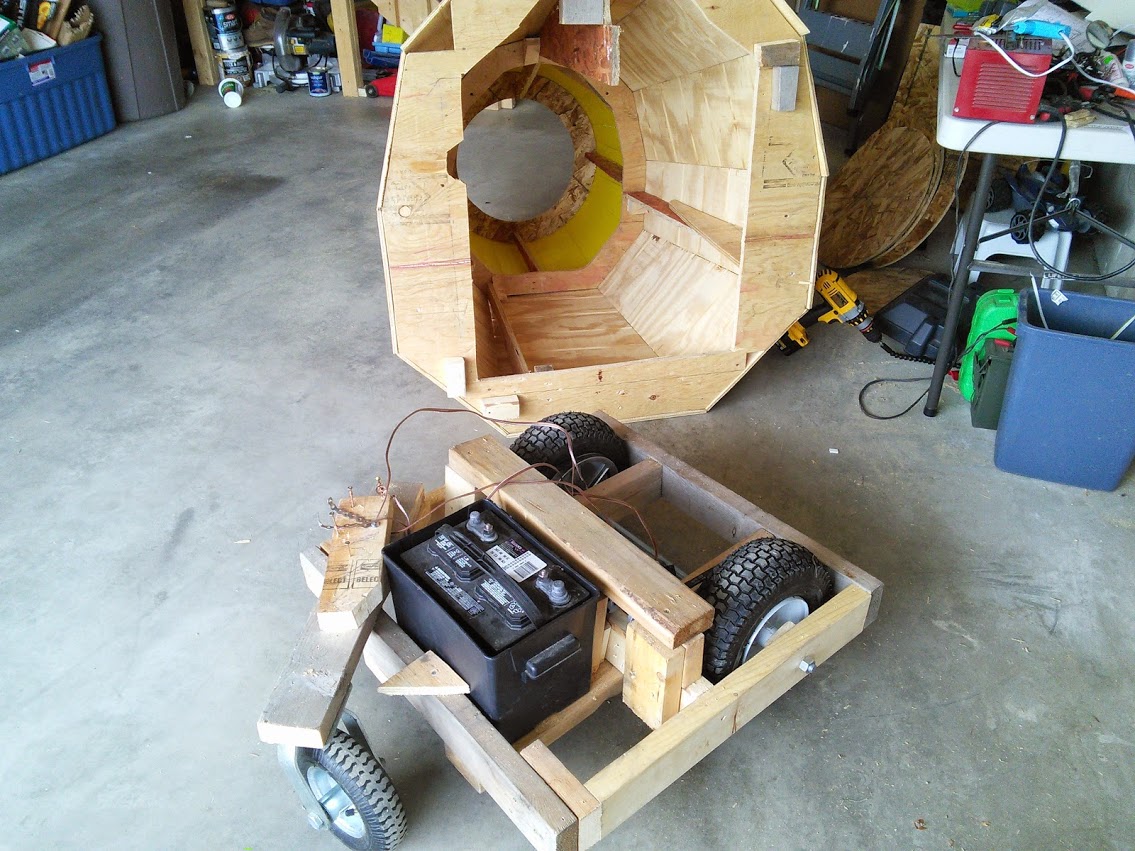 The wooden base contains two 12V motors recycled from a life spent adjusting the seats on cars. These motors are connected to the big off-road wheels using a V-belt system.

“Once I had the motorised base completed, my kids hopped onto it and proceeded to ride it around the neighbourhood. They loved it, and remarked how great it would be to ride it around for Halloween. Since I am a pretty big Doctor Who fan, the idea that came to me was to turn it into a Dalek!”

For power, Ron is using an old 12V deep-cycle camper battery. “[It] was no longer strong enough to use in my camper,” says Ron, “[but] it lasted for around three hours of continuous operation this Halloween.”

“I am running the standard Raspbian distro on the Pi,” says Ron, and the Raspimower Dalek control code is written in C++ (available on Bitbucket). 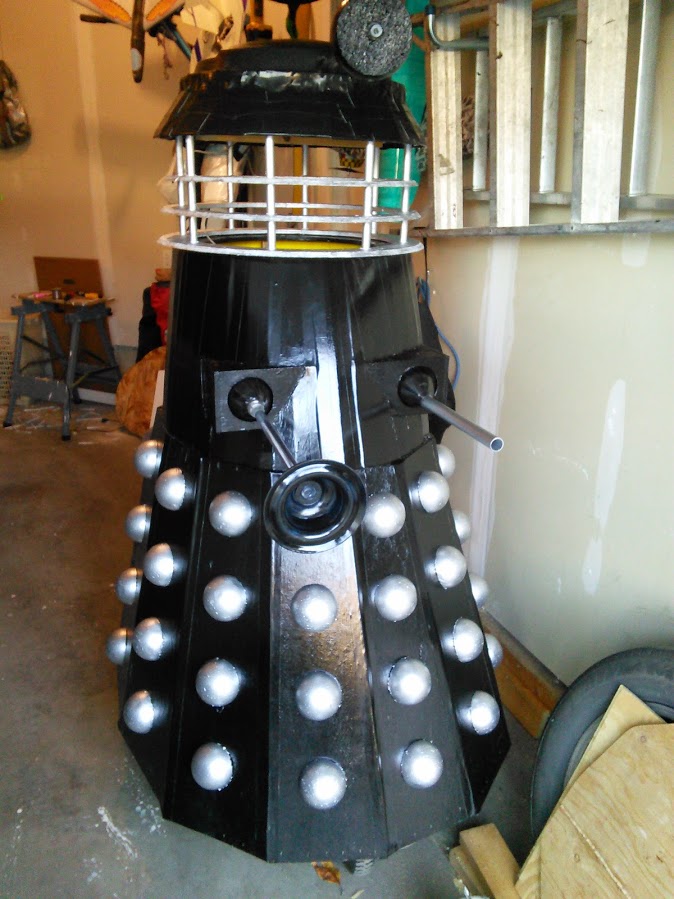 The Dalek is a body that sits on top of the Raspimower base. The frame was built from 3/4-inch (19mm) chipboard, and the outside from 1/4-inch (6mm) sheeting. “This was all left over from building a shed,” reveals Ron. One arm is a toilet plunger and the other is an aluminium pipe wrapped with wire, and the whole thing is painted over with glossy black paint.

The Dalek was originally controlled with a wireless keyboard, but Ron has built a web interface to control the Raspimower Dalek. Ron has also bought an old Zappy mobility scooter for $60CND (around £40) and plans to use it to replace the 12V motors. He explains that it's much more powerful and mechanically sound.

“[The Dalek] is nowhere near completed and constantly changing, as I have lots of plans and want to make it autonomous so it will actually ‘exterminate’ any long blades of grass in my yard,” jokes Ron. Speaking of extermination, no Dalek would be complete without its famous voice command. “It has some old computer speakers inside that are very loud; they actually vibrate the sides of the Dalek. It has about 15 sound clips from Doctor Who, but ‘exterminate’ is my favourite one!

“It was a huge hit this Halloween, and as the kids would approach, I would turn on all the lights and rotate the robot towards them while belting out ‘exterminate!’ or ‘destroy!’. Watching the kids react was so much fun; my favourite reaction came from a little girl who turned to her dad and matter-of-factly said, ‘Well, I guess we know which house we will never ever go to again!’ ”