Build a low-cost robot, create a squeeze-controller racing game, and get the most from your brand-new Raspberry Pi 4. All in this month’s edition of The MagPi magazine.

Raspberry Pi 4 is a technological leap forward for the world’s greatest small computer. 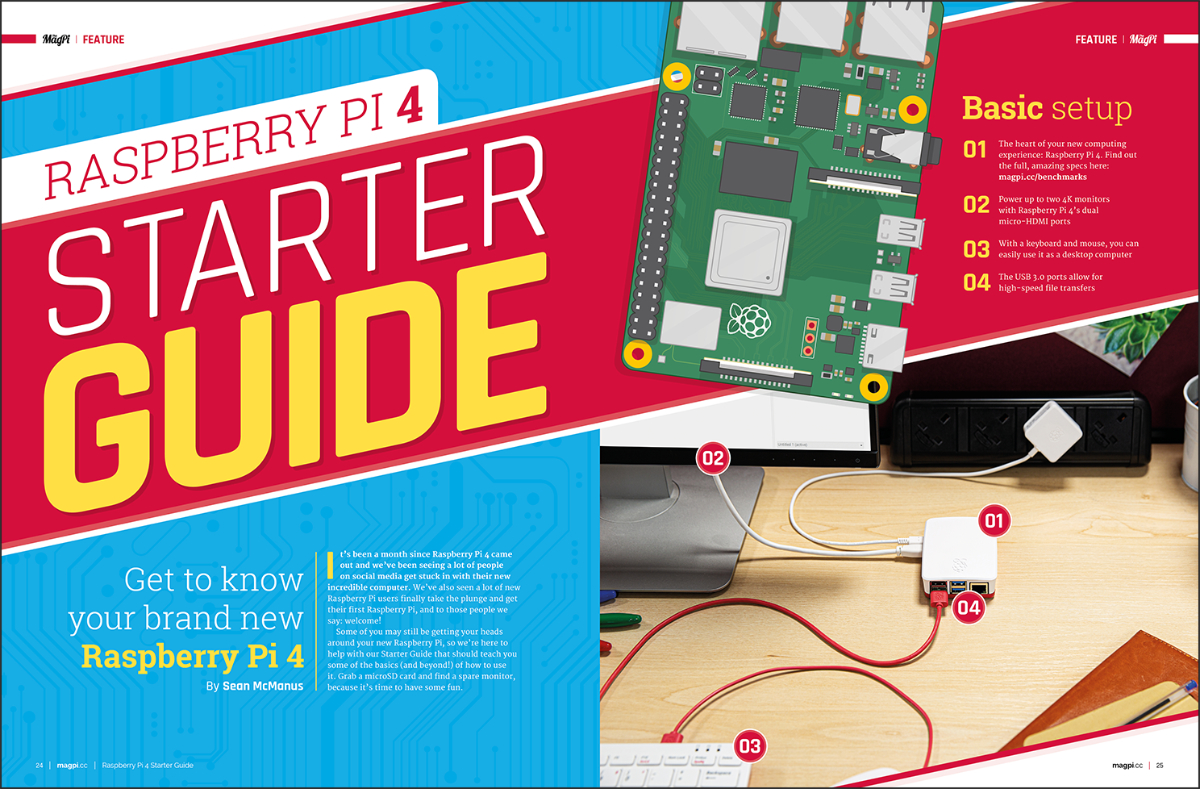 Like most coders, we’re allergic to sunlight. But even the extreme heat doesn’t stop us from having fun outdoors with Raspberry Pi. From AI sailing robots to smart gardening and nature cams, we’ve brought together the best projects for the wild outdoors (or your back garden). 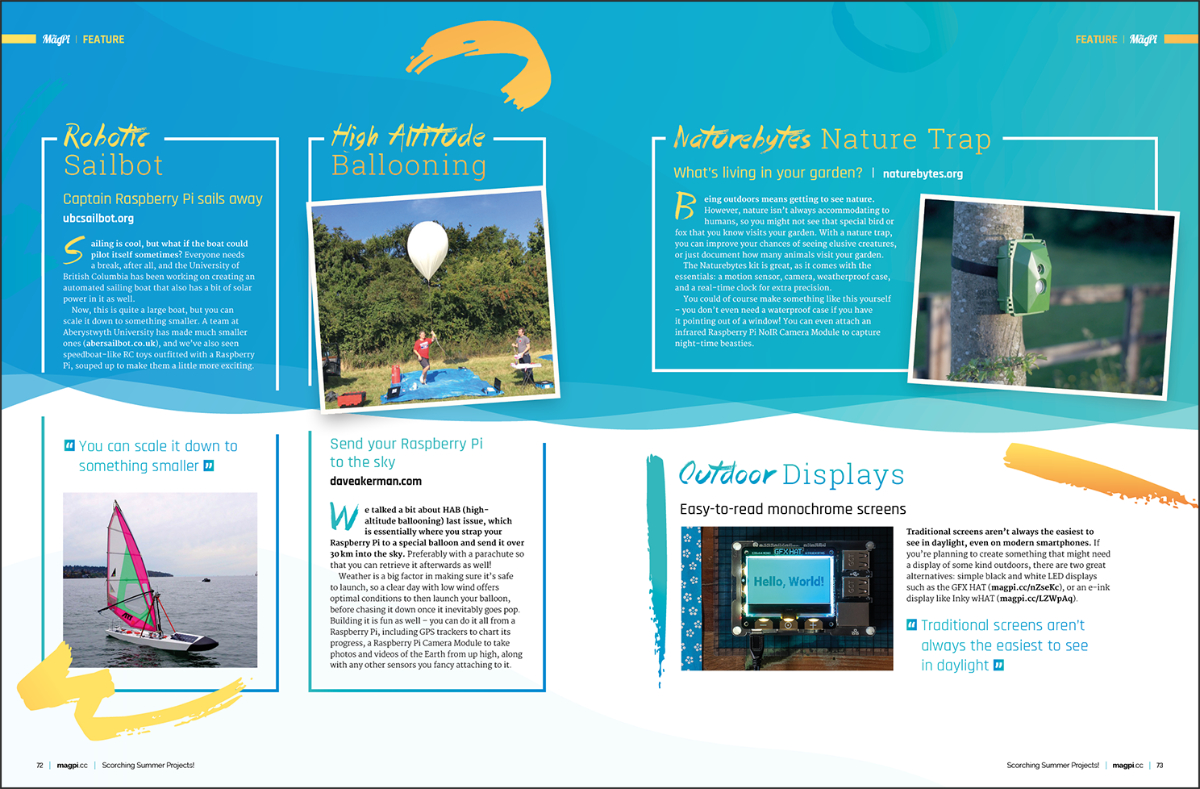 The Raspberry Pi community continuously amaze us with the creative ways they put our favourite computer to use. Take this go-kart called ‘Marvin’ built by Mark Cantrill. It powers his children around the garden, saving him vital back effort.

Meanwhile, Oscar Prom has built a smart herb garden, and Ishmael Vargas has used a Raspberry Pi with a smart plug to build an intelligent window fan. Just a couple of the amazing community projects this month. 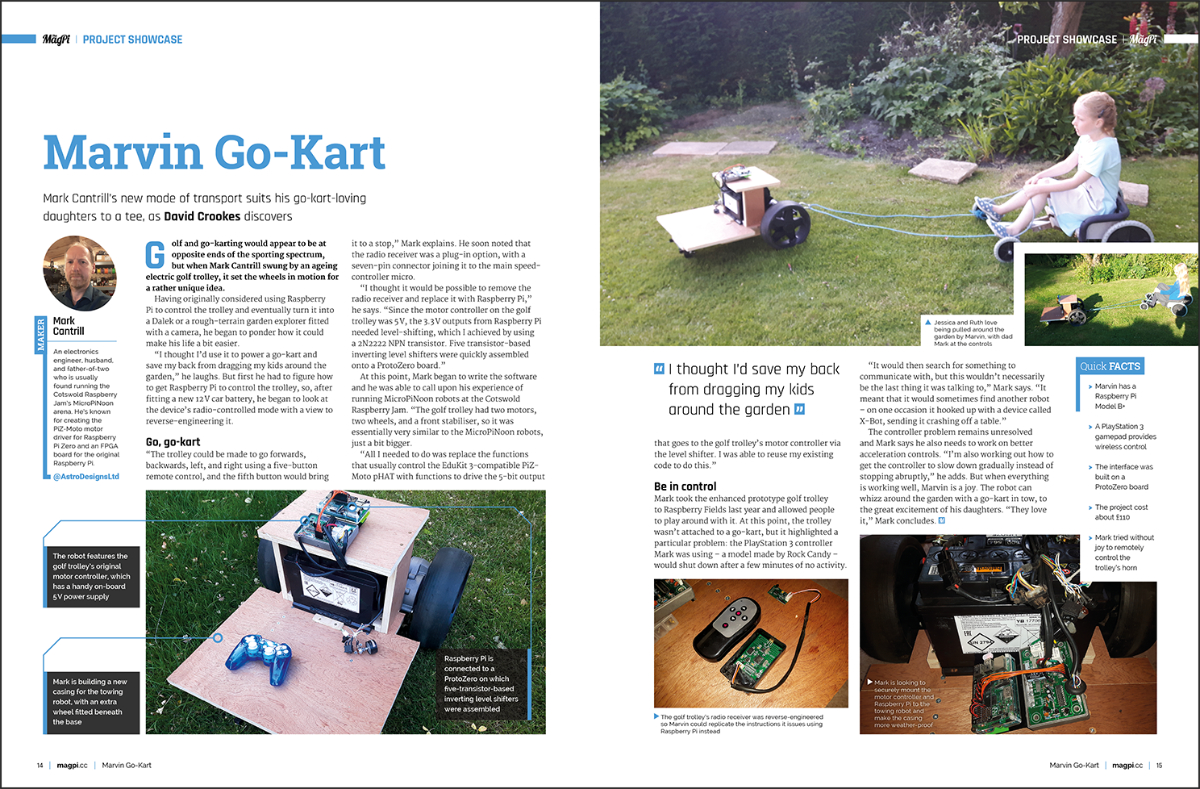 We’ve got a truly great collection of tutorials this month. Pride of place once again goes to PJ Evans for hooking up a Raspberry Pi to a thermal printer and using AI to recreate the futuristic language-monitoring device from the movie Demolition Man. 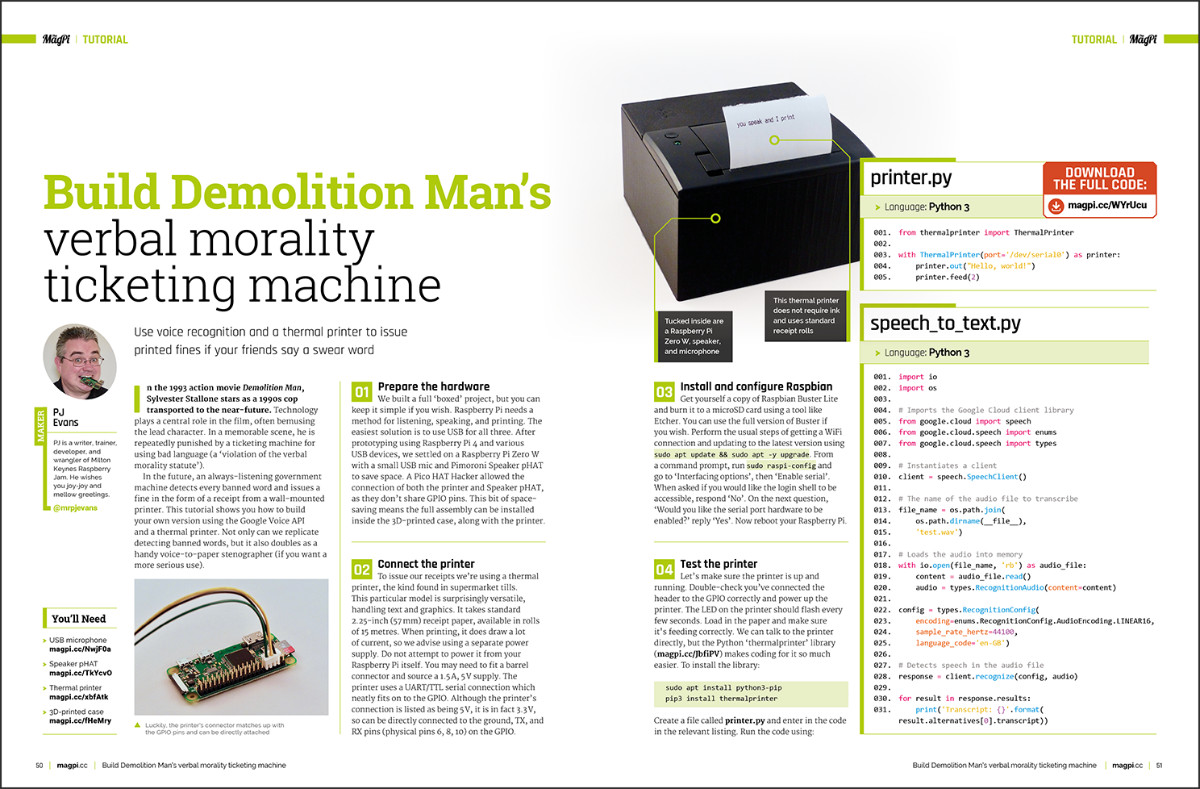 Danny Staple loves to build low-cost robots and show them off on his YouTube channel. And this month he begins a new series all about robotics, starting with sourcing the best components for building a cheerful wheeled robot of your own.

Adafruit’s Mellissa LeBlanc-Williams shows you how to control more advanced robots using CircuitPython, while Dan Lambton-Howard continues an exploration of PICO-8 with a demonstration of the Lua programming language.

Meanwhile, Mike Cook built a quirky Squeeze Controller last month from two old hand dynamos. And this month he puts the controllers to use by building a wonderful model racing game.

You’ll find voices from the community in The MagPi magazine. This month we talk to veteran programmer and founder of York Raspberry Pi Jam, Anne Carlill. We also have in-depth coverage of the response to last month’s launch of Raspberry Pi 4. Every month you’ll find coverage of what other makers are making and the latest crowdfunding efforts. 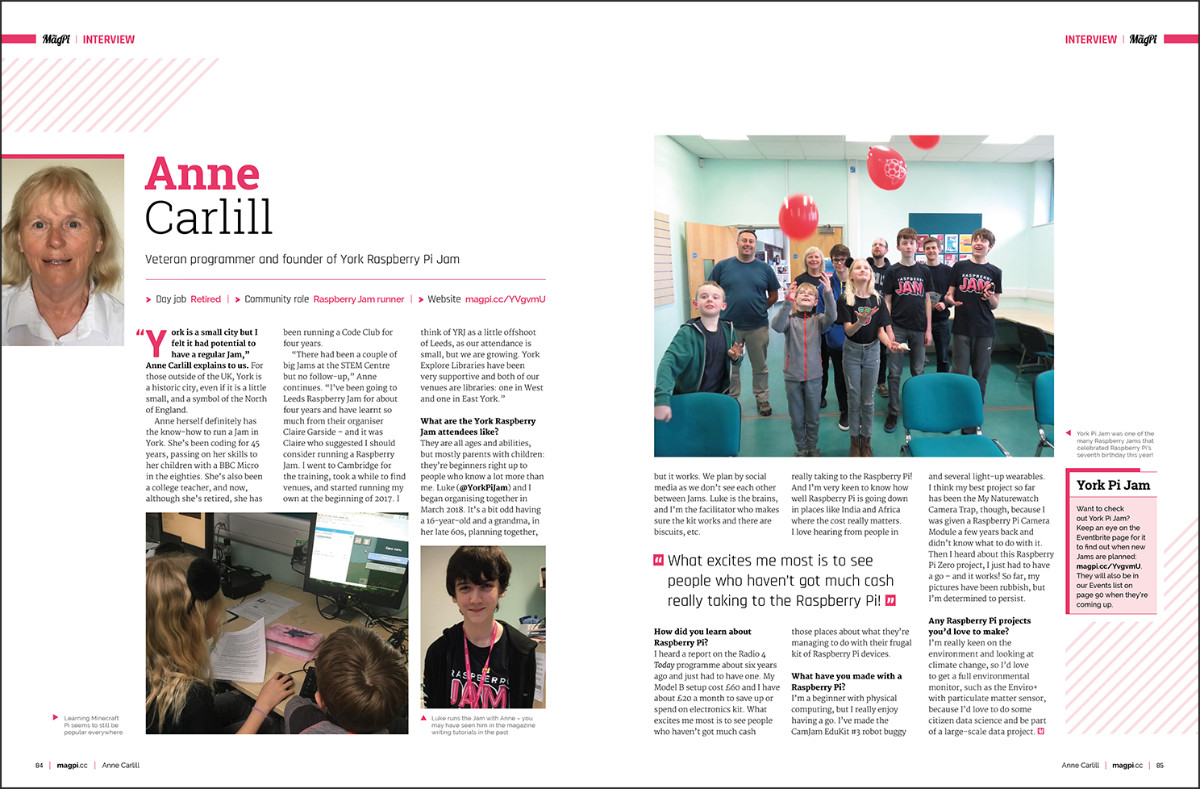 Plus! Win One of Three Raspberry Pi 4 Desktop Kits

The MagPi is available as a free digital download, or you can purchase a print edition online or in stores.