The new Raspberry Pi 3B+ is out right now to celebrate Pi Day! Here’s what you need to know about it.

While not as big as an aesthetic overhaul as the original B+ was, the Pi 3B+ does have a larger selection of improvements that make it distinct from the original Pi 3. This includes a more powerful CPU, now running at 1.4 GHz on all its four cores. The ethernet port has also been updated to a Gigabit port, an oft requested feature, although due to pre-existing limitations it maxes out at about 350 megabits. There’s also some minor upgrades, such as a different wireless antenna and the addition of PoE pins for more advanced applications. 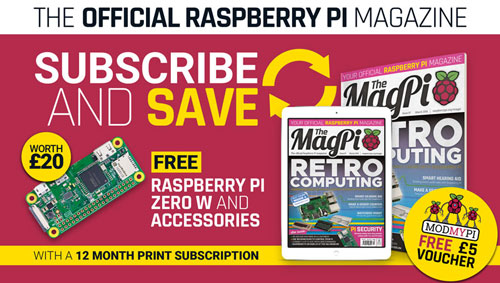 Great project ideas for the faster Raspberry Pi 3B+

Otherwise, it still has all the great connectivity and software of the original Raspberry Pi 3. With this new power though, we reckon it could make a few projects better than ever, like these ones:

Image editing on your Raspberry Pi - image editing can get resource intensive, so extra power is always useful

Get a Raspberry Pi 3B+ for the same great price of $35 (roughly £30 with VAT) by choosing one of the many certified resellers listed on the new product page.

We're currently working on a huge Raspberry Pi 3B+ feature for The MagPi 68, which is out on Thursday 29 March, so look out for more ways to use your new Pi 3B+ then!