When brothers Rob and Mart Drake-Knight struggled like mad to find a job in 2008, they could so easily have reached a point where they would have to sell the shirts off their backs. Luckily they decided to spend £200 setting up an environmental clothing company on the Isle of Wight instead, growing it from a garden shed to a large factory in a former Co-op supermarket.

This article was written by Phil King and appears in The MagPi #64.

Today, the whole operation at Rapanui is powered by renewable energy and a creative, hackathon, DIY spirit. More specifically, it also makes use of nearly 100 Raspberry Pis to perform many different tasks. “Some are connected to sensors or machinery that we’ve made in our machine shop,” says Mart. “Some do simple stuff like open windows and help people solve problems.”

Other Pis drive touchscreens and workstations and they enable staff to prioritise work. Put together, they have made Rapanui’s manufacturing process very efficient while allowing the firm’s eco-friendly and sustainable clothing to be affordable. By automating the dull parts of the job and giving managers a solid overview of what’s happening in the factory and where, Rapanui can go as far as offering tailored services: you could get the company to make a single T-shirt with your picture or logo or order 1,000. Either way, you could have the garment the following day. 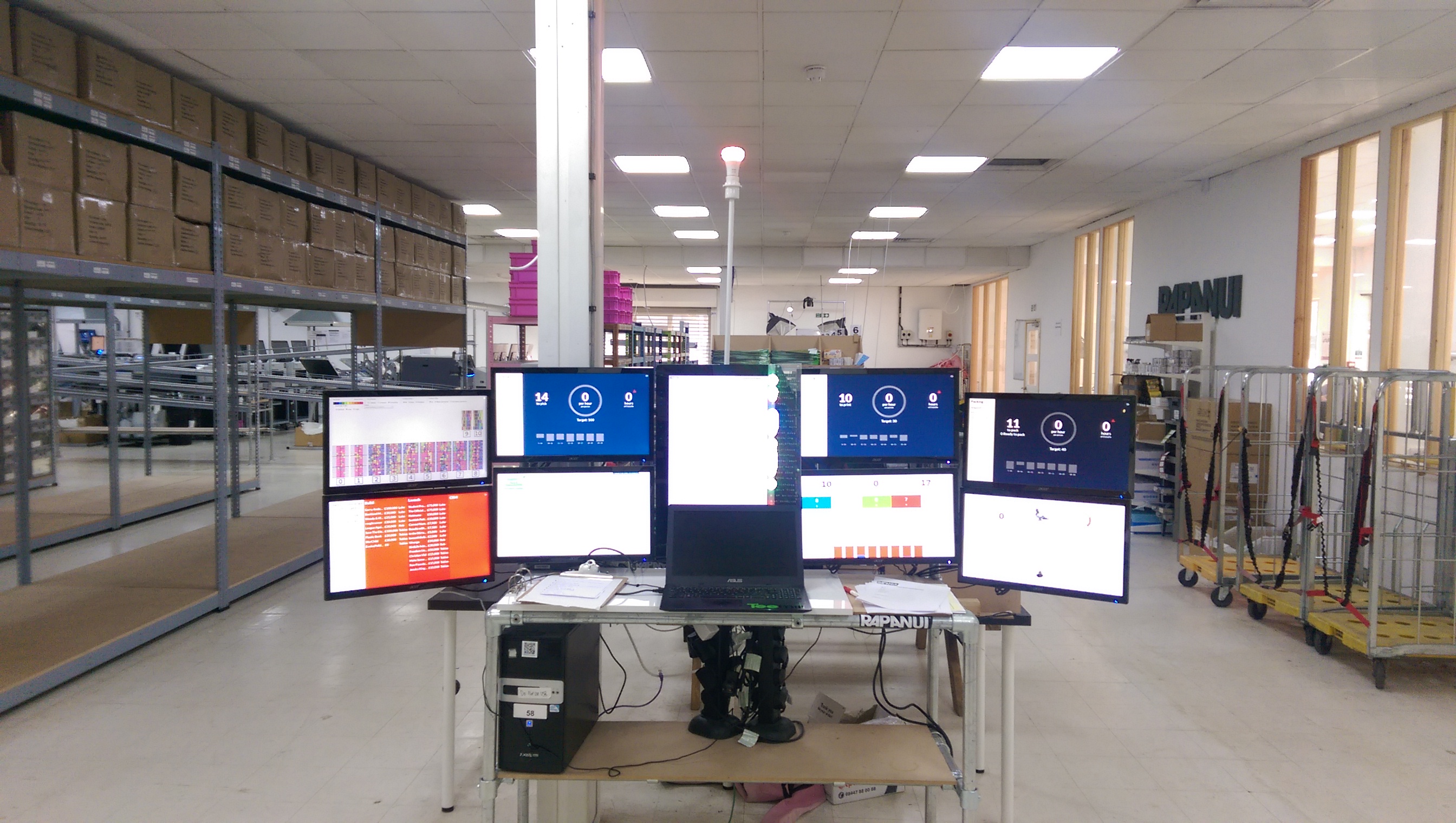 In order to bring the technology in the factory together, Rapanui uses a lightweight messaging protocol for small sensors and mobile devices called MQTT and this allows the Pis to broadcast their behaviour to other machines or human interfaces. Using Node-RED, the hardware devices, APIs and online services are wired together.

“We use Node-RED in live production to broadcast order data between two specific machines that are time-critical,” Mart tells us. “More recently we used Node-RED for cool stuff like joining an Alexa API to our factory systems so that you can ask the factory questions such as how many jobs are pending, which lets us direct staff to the areas where they are needed. It also controls some robotic equipment we’re working on.”

The firm has since built on that system to produce Teemill.com, which lets users create an online store, sell T-shirts, and take the profits of each sale. “People can join and access the API directly via Teemill,” Mart says. But just as importantly, Rapanui’s approach to the development of its clothes has created desirable tech jobs on the Isle of Wight, with the company able to show its young employees how to code though programming apprenticeships.

“The Pi has given us a great way to build confidence at the early stage in people who want to start a career with us in computing,” continues Mart. Indeed, today the company invests a lot of its time developing automated, real-time production systems which allows products to be made in the seconds after they are ordered. “The breakthrough has massively reduced waste and cost,” Mart tells us. “And since we’ve doubled in size every year and the Raspberry Pis are modular, they have scaled with us.”