Getting to 100 of anything is always cause for a celebration, although we may be a bit biased about that at the moment. In the case of the Preston Raspberry Jam, which just celebrated its 100th event, it’s even more important as it’s one of the longest-running Raspberry Jams in the world, if not the longest.

“When the Raspberry Pi computer was first released, there was one group of people who wanted to know what they could do with it and another group that had lots of ideas, and another group that weren’t really sure why people were getting excited,” says Alan O’Donohoe, one of the founding members of Preston Raspberry Jam. “We intended the Raspberry Jam to be a regular monthly gathering or club for like-minded people to come together and share projects, knowledge, and experience. It was actually Deborah, my wife, who coined the name ‘Raspberry Jam’ for the monthly gatherings.”

Is there a particular flavour to activities at a Preston Jam?

The activities include workshops, hands-on sessions, support, talks, project demonstrations, discussions about new hardware and software, and something that one of our regulars Simon calls a ‘gather round’ where people gather round a table to learn more about something. In the early days, most projects had a very strong link to the Raspberry Pi computer, but less so nowadays. In recent years there has been more emphasis on low-cost and affordable technologies like micro:bit, Arduino, and Linux. We regularly have children lead workshops, or present lightning talks on a project they’ve been working on.

What are some of the challenges running an event like this for so long?

When we first started, we’d never expected that it would run every month for eight years or more. I think we were all amazed, to be honest, how many people would turn up month after month after month. We’ve had to move and adapt with the times and to suit younger audiences and changing interests. In the early days, people used to bring along a Raspberry Pi computer with them, asking for help to set it up, or to show us something they had done with it. 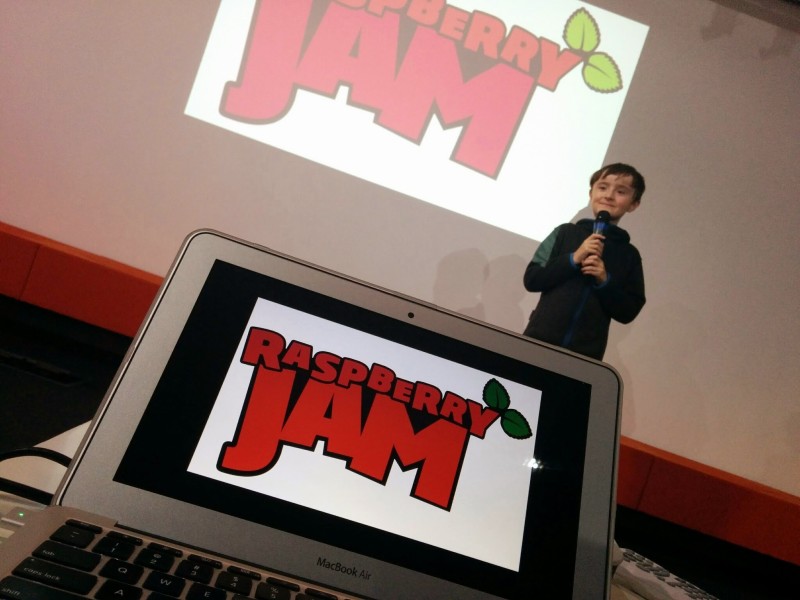 How have attendees changed over the last eight years?

If you look at the photos of our first Jams, you’ll see it was mostly adults with only a handful of children. After some parents suggested we start the Jam events earlier in the evening, we noticed more families attending. We tried some Saturday morning Jams in 2012, but we found these difficult to sustain as we had lots of children and very few adults able to support the activities. We have some people who only attend once or twice a year, and others who attend every month without fail.

What was the 100th Jam like in these odd times?

About a year ago we started talking about what we should do for our 100th Jam celebration, but our plans had to change when social distancing restrictions were introduced. Instead we invited [a group of] people who have been on our #RJam journey right from the start to join us for a series of panel discussions in an online jam. That was Martin [Bateman, Senior Lecturer, Computing, UCLan]’s idea and it worked an absolute treat. Since March we’ve been holding all our #RJam events online. We increased the frequency to two Jams a month, one with lightning talks and another with workshops. It’s been incredible to see how our numbers have grown rapidly to about 100 every month as enthusiasts have joined us from areas way beyond Preston. We’ve had many attendees join us from Scotland that have long wanted to attend our Jams, but can now take an active part online.