25 rewarding builds for masterful makers. Discover your next incredible build in the latest edition of The MagPi magazine

There’s no shortage of starter projects, and every issue of The MagPi is packed with projects for newcomers. However, "Give us advanced projects!" cried out our readers, and who are we to argue?

There are some seriously impressive builds in this month's edition of The MagPi magazine. So put your serious face on, get out your tools, and prepare to make something amazing. 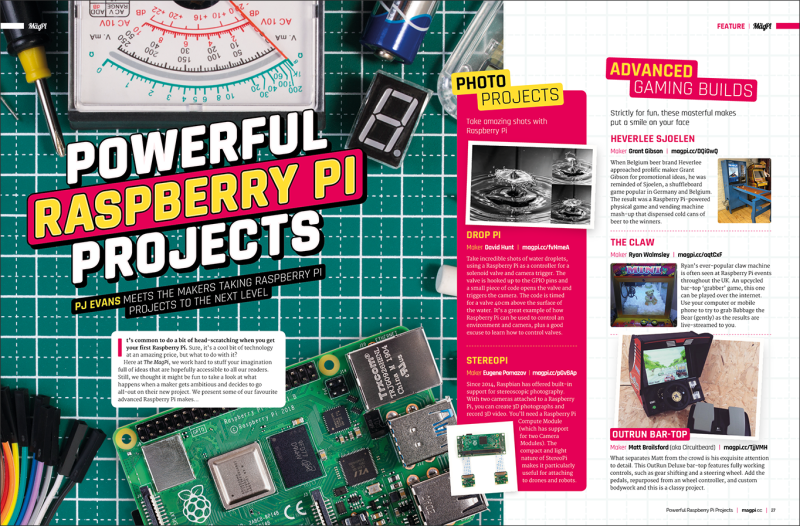 Learn to code with Scratch 3 and Sense HAT

Don't panic! It's not all advanced builds this issue. And we've got a doozy for Raspberry Pi newbies.

We love Scratch. This highly visual programming language makes it easy to learn coding by doing away with words. Instead, you connect blocks to create apps, making it easy to learn how coding concepts work without getting stuck on syntax. It's how most of us got started with coding.

Scratch 3 brings a whole new set of tools to the party. It supports the Sense HAT and a new GPIO extension makes it easier than ever to control electronic devices.

Scratch expert Sean McManus takes us on a tour of its new features in our Scratch 3 and Sense HAT tutorial.. If you've ever wanted to get the hang of programming, this is the way to get started. 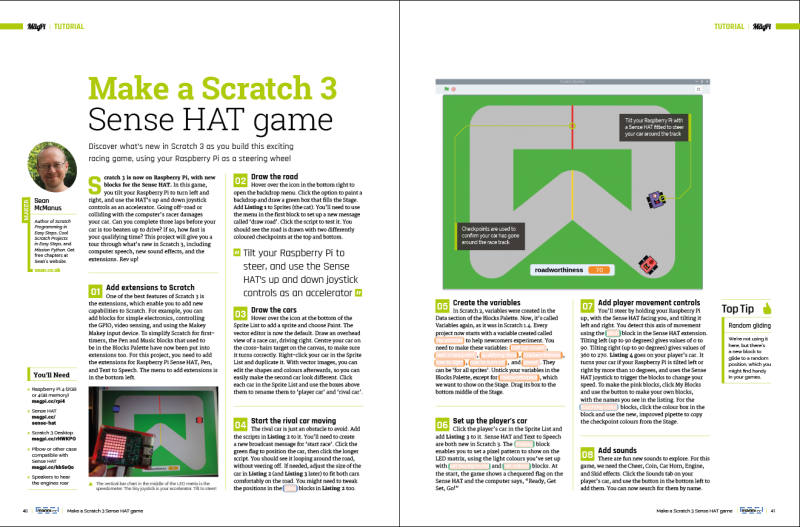 Every month we look at the best Raspberry Pi projects. This time we've got an in-depth look at the Dride Raspberry Pi dash-cam. This build enables you to make your own car camera to automatically record incidents. 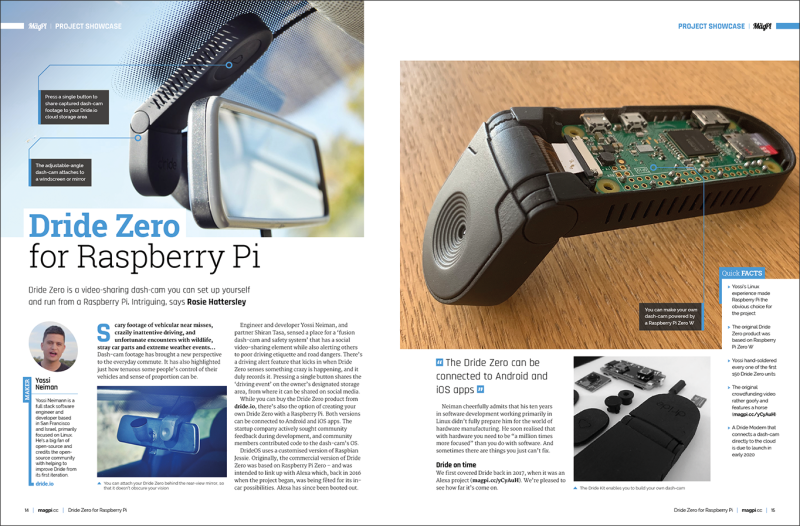 Take a tour of Stonehenge Skyscape

Stonehenge was built by prehistoric makers. No one knows who they were or what they were doing, but we can take a virtual tour of their build thanks to Raspberry Pi. We interview the makers of Stonehenge Skyscape, the English Heritage project that displays a live view of the skies around the famous monument. 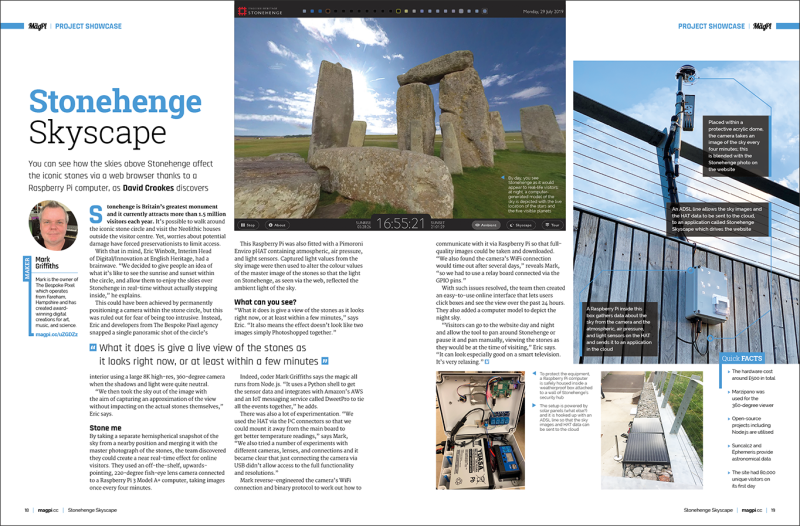 We're big fans of role-playing games here at Raspberry Pi towers. Rob Zwetsloot had the idea of building a role-playing table with Raspberry Pi and a flatscreen display. We love this build and it's a great way to liven up adventures. 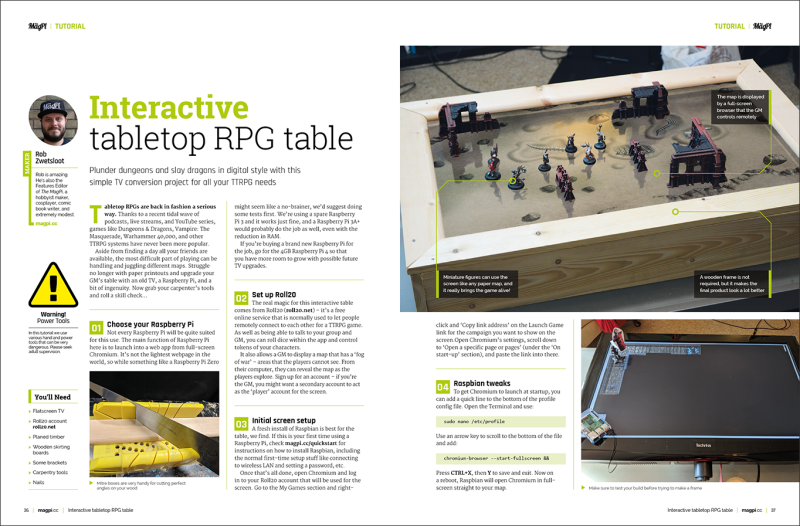 The portable nature of Raspberry Pi makes it a great addition to outfits. Halloween builds are always popular, but this year we decided to focus on costume projects. Discover the spookiest wearables around. 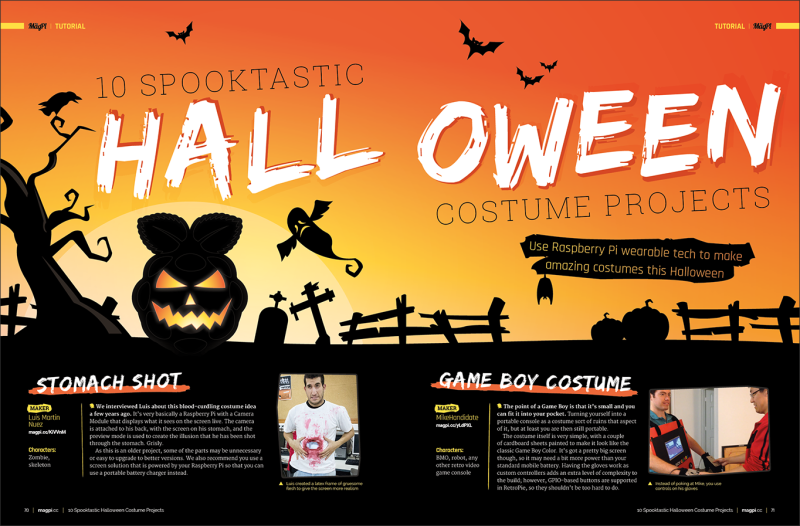 Raspberry Pi is amazing for gaming, especially retro gaming. We love exploring video games with Raspberry Pi. Especially making our own retro games. The obvious companion for this are accessories and kits. These add-ons can turn a Raspberry Pi into a video games console, or arcade machine. 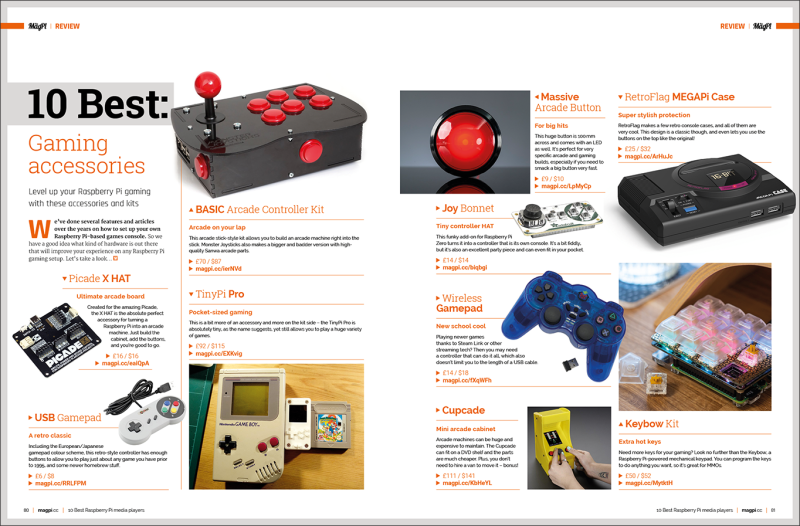 The MagPi is available as a free digital download, or you can purchase a print edition online or in stores.