The PoE USB HAT (£22/$25) for Raspberry Pi Zero not only adds an Ethernet port, but enables you to power everything via the same standard RJ45 cable. A nice bonus is the inclusion of three full-size USB Type A ports to connect peripherals.

The PoE USB HUB HAT for Raspberry Pi is a double-decker board that features an Ethernet port and fully isolated SMPS (Switch Mode Power Supply) on the bottom board, with a second board stacked on top holding the three USB ports. Coming already assembled, the two boards are held together by hex pillars.

Extra pillars and screws are supplied to mount your Raspberry Pi Zero on the top – maybe this should be called a HAB (Hardware Attached on Bottom) rather than a HAT! 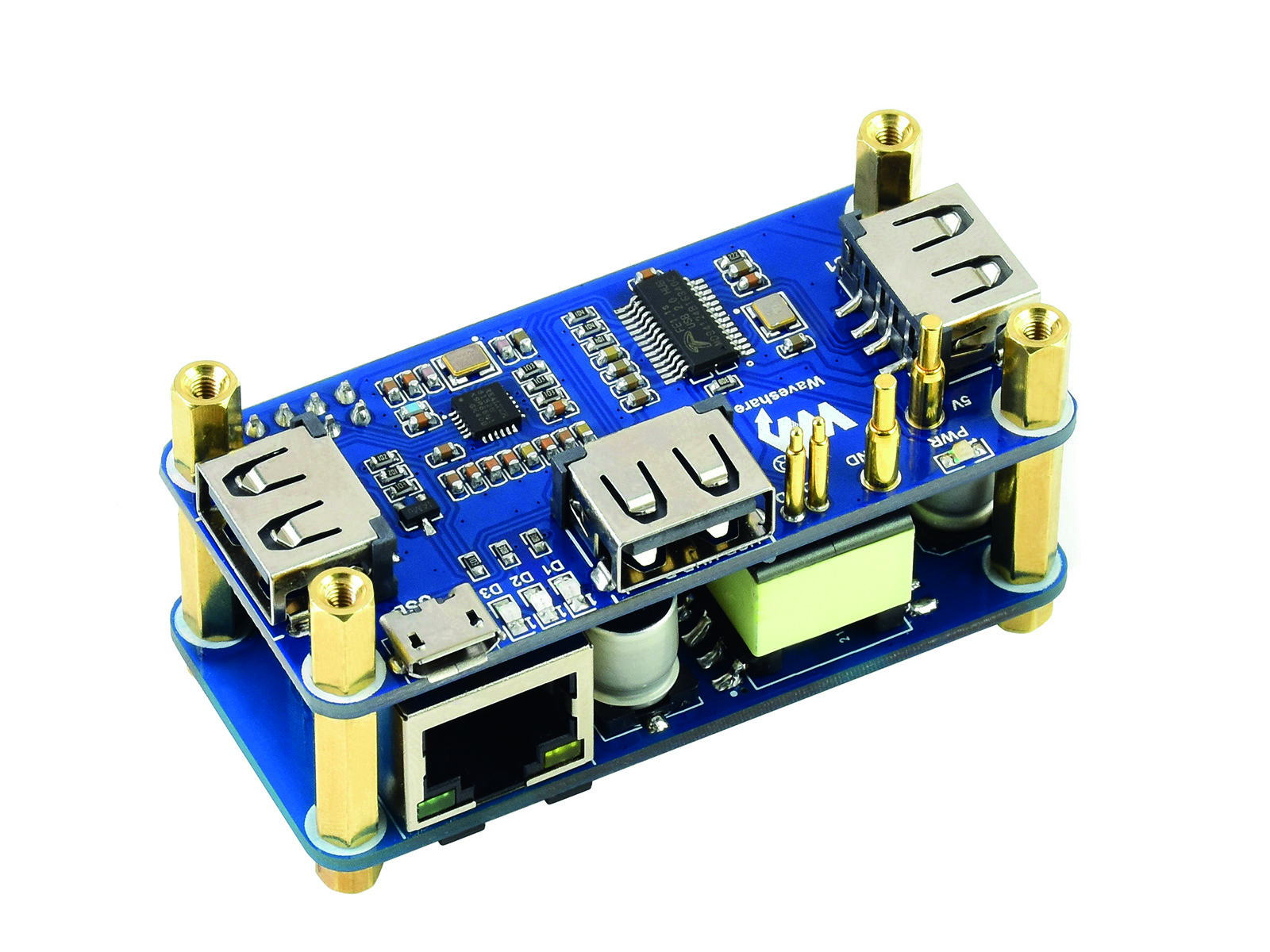 The USB board has four pogo pins that connect to test pads on the underside of Raspberry Pi Zero, so you need to ensure it’s mounted tightly and accurately to make solid connections.

An obvious advantage of mounting the HAT underneath Raspberry Pi Zero is that it leaves the latter’s GPIO header free to connect other boards or electronic components.

One caveat is that you’ll need an 802.3af compatible router for Power over Ethernet to work. If not, you could always add a PoE switch or injector between the router and HAT. With an input voltage of 37 to 57 V DC and output of 5 V 2 A, up to around 13 W of power can be supplied, which should be plenty for most uses. Alternatively, if you don’t need PoE, you could simply power Raspberry Pi Zero normally via micro USB, which will in turn power the HAT.

While we’ve seen DIY solutions for adding PoE or standard Ethernet connectivity to Raspberry Pi Zero, and USB ports via a hub, this HAT offers a neat all-in-one solution.

Adds both PoE and extra USB ports to Raspberry Pi Zero without using the GPIO header.
8/10