Coming in kit form, the POCO Zero is a tiny handheld device with a 2.8-inch touchscreen, powered by a Raspberry Pi Zero W. Its creator, Grant Sinclair, tells us that the roots of the POCO project stretch back to around 2009, when he saw the huge success of the Flip Video camera. “I wanted to make a credit card-sized version with much higher-spec components. I spent a couple of years developing it.” Disaster struck when the chip he was planning to use went end-of-life, but Grant re-engineered the product to use the newly released Raspberry Pi. He says he got a lot of inspiration from his family: his uncle Sir Clive is famous for launching iconic 1980s computers such as the Sinclair ZX80, ZX81, and Spectrum. “I got working with my family business quite young.”

The full article can be found in The MagPi 58 and was written by Phil King.

Designed back in 2010, the original POCO prototype was a very different product, with a considerably higher spec and price point. “It used a lot of very clever stuff. The body was made out of magnesium, a very thin-wall casing. Pretty much all the technology in it was pushing the boundaries of what you could do. It was one of the first products to use an AMOLED screen.” It was also set to feature a high-end camera module specially made by Panasonic. 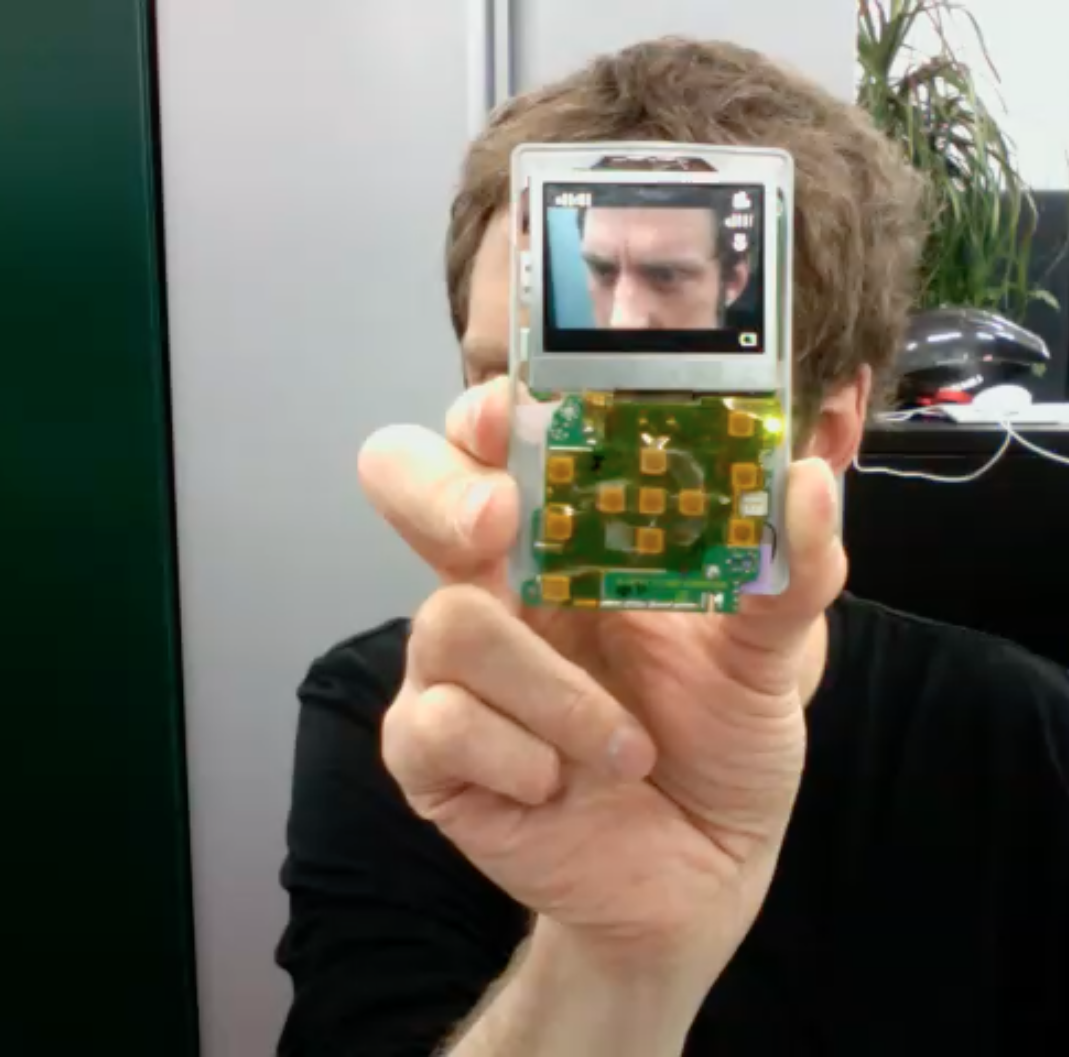 From zero to Zero

Following supply problems with the chip and screen, Grant redesigned the POCO to use the Raspberry Pi and a custom screen. Marketed mainly as a portable camera, it sadly failed to meet its Indiegogo crowdfunding target in 2015, so Grant went back to the drawing board again. Luckily, the Pi Zero had just been launched, which offered the ideal solution for a handheld device. The result is the POCO Zero, a mini computer kit that requires the maker to cram a lot of components into a small space, including a tiny speaker, amplifier, transformer, and rechargeable LiPo battery.

“It’s not your average maker kit,” explains Grant. “I wanted to do it so it presented a bit of a challenge putting it together. So it’s like a pro maker product really. At the end of it, you have a proper consumer-grade product.” Although Grant says it’s “packed to the max” inside the case, there is a little space left for modding: “You can get wires in very easily.”

While Grant says it’ll take the average maker “a good day’s work” to assemble the POCO Zero, soldering is minimal. “Cramming it all inside is a bit fiddly, but it’s no harder than assembling a remote control car.” To help users out, video instructions will be made available online. 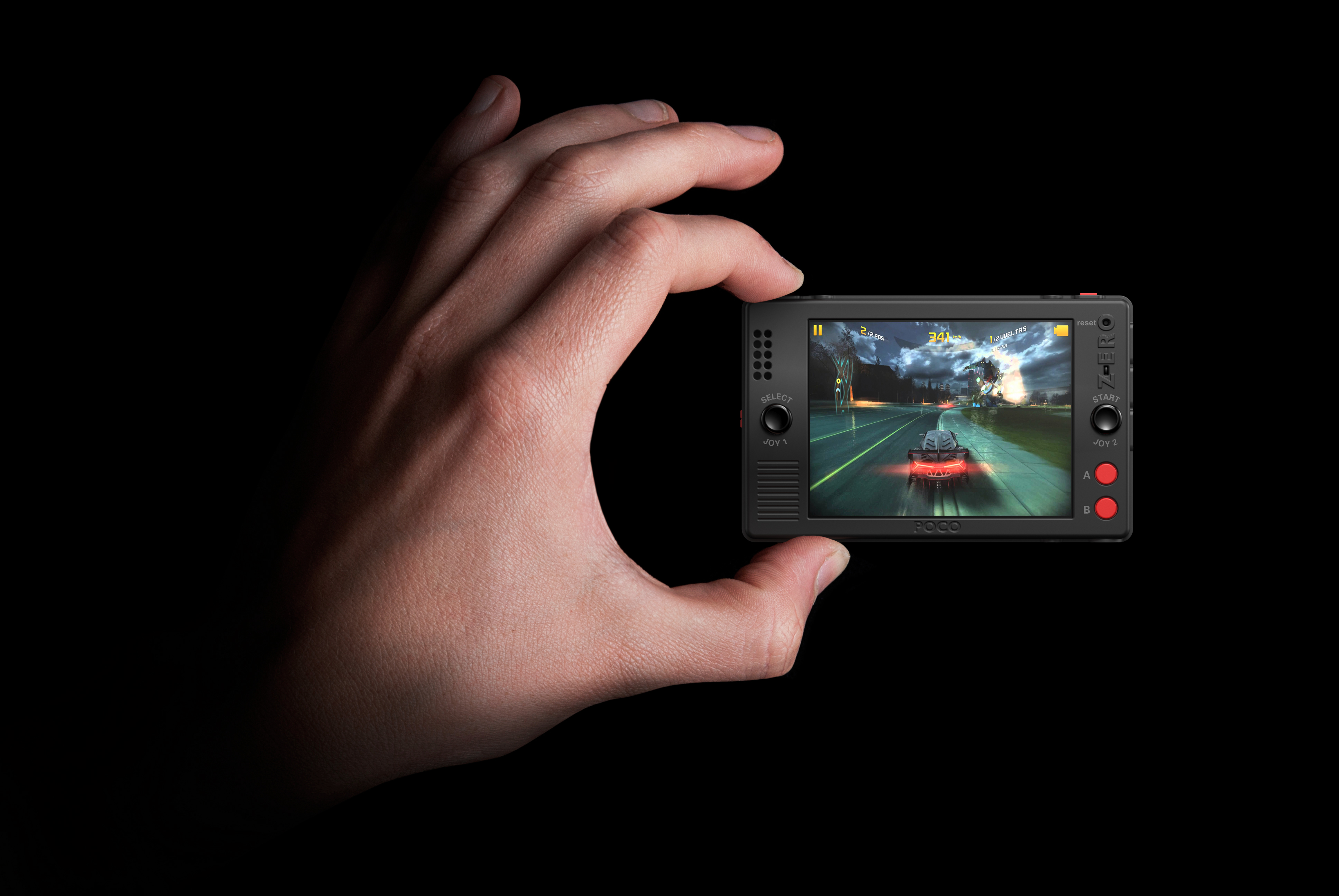 Grant confirms that the POCO Zero’s primary use will be for retro gaming, running EmulationStation or RetroPie, and that scripts will be provided to set up the controls for its buttons and twin joysticks. While the Pi Zero isn’t quite powerful enough to handle emulation of PlayStation or Nintendo 64 games, it can manage most other retro systems – including, of course, the Sinclair Spectrum.

The POCO Zero can also be used as a camera, music player or, by connecting it to a TV or monitor, a fully functioning computer. While some basic user guides will be provided, Grant says: “I wanted to keep it as simple as possible so if you want to turn it into a [WiFi] mobile phone, that’s doable as well… I want people to discover their own stuff: I don’t want to tell them what to do too much.”

Asked how many he’s hoping to sell, Grant responds: “I don’t really look at a product unless I think it’s got the potential to sell a million units.” He also tells us that two additional versions will be made available: one ready-assembled and another omitting the camera. As for future Pi-based products, Grant reveals he is working on an idea for a tablet device with “a very innovative angle to it.”