Looking to create a decorative project for his office party, Gavan Fantom decided that a standard LED matrix display would be too obvious. “Somehow I started thinking about electromechanical things like the flip-dot display and wondered what I could do that would be a little bit different,” he tells us.

The result is the Pixel, an amazing electromechanical matrix display controlled by a Raspberry Pi. Each of its 64 ‘pixels’ is turned on and off by a servo rotating a 3D propeller-like shape to reveal its bright yellow vanes from a black casing.

“I don’t know of any other implementation of this shape for a display,” says Gavan. “The idea came from the AWS visual display (a.k.a. sunflower) in a train cab, which in its active state displays interleaved yellow and black segments, but this was an exercise in extending the yellow part to cover the whole circle. This is not possible to do with a part rotating behind a shutter, and meant that there had to be a third dimension to the moving part.” 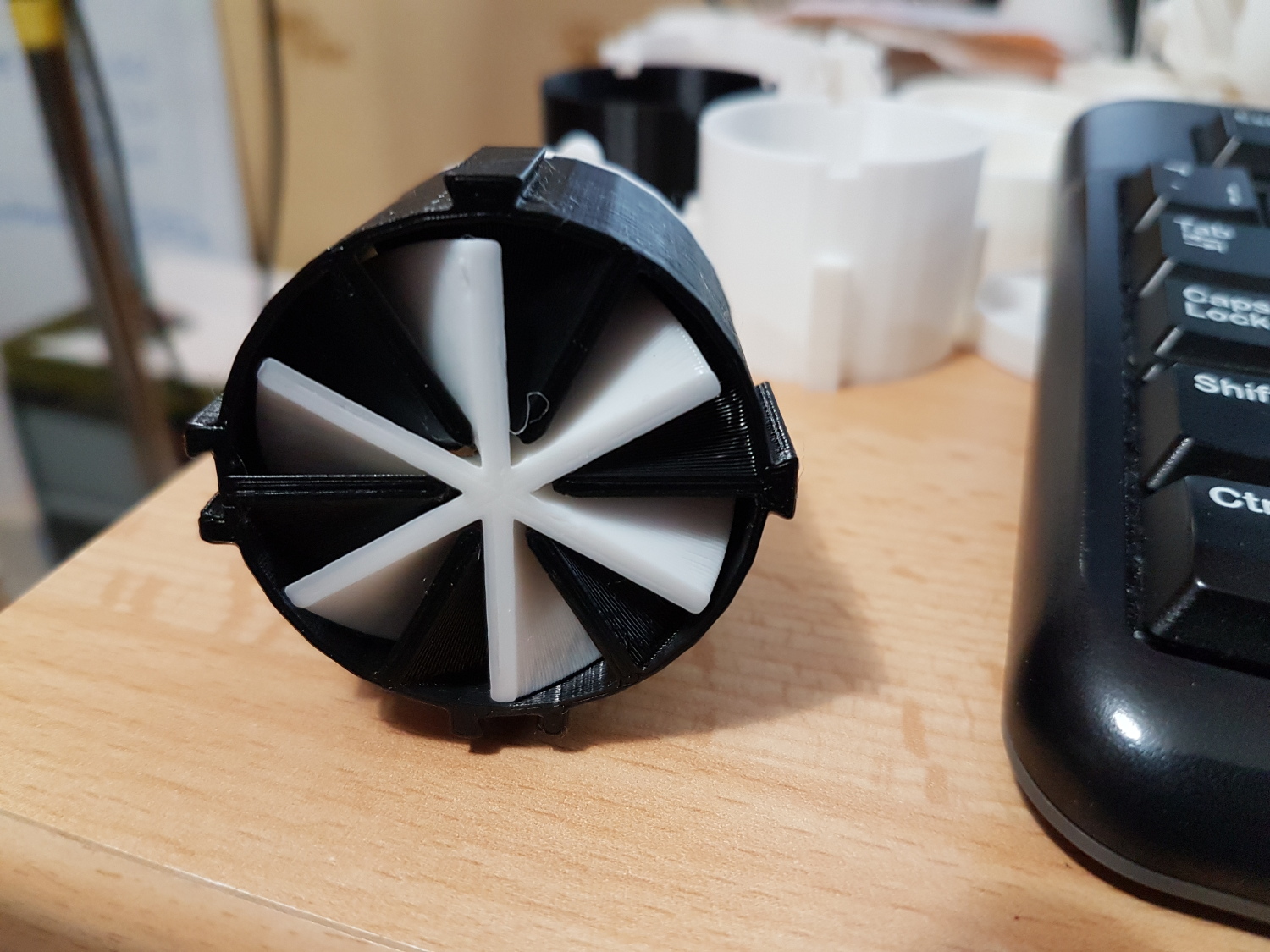 Unlike in a traditional flip-dot display, the 3D-printed pixels can be rotated to intermediate positions to achieve greyscale-style shading. “There are definitely things you can do with this display that you couldn’t do with a two-state display. Perhaps my favourite has to be a ripple effect.”

The Pixel display can show animations, too. “The frame rate is just a few frames per second,” reveals Gavan. “There’s nothing stopping the software from emitting data to the servo controllers faster, but the servos do take a little while to rotate. Too high a frame rate just leads to ghosting effects on high-contrast features such as text.”

In total, from concept to finish, the Pixel took Gavan three and a half weeks to make, split between design and manufacturing phases. 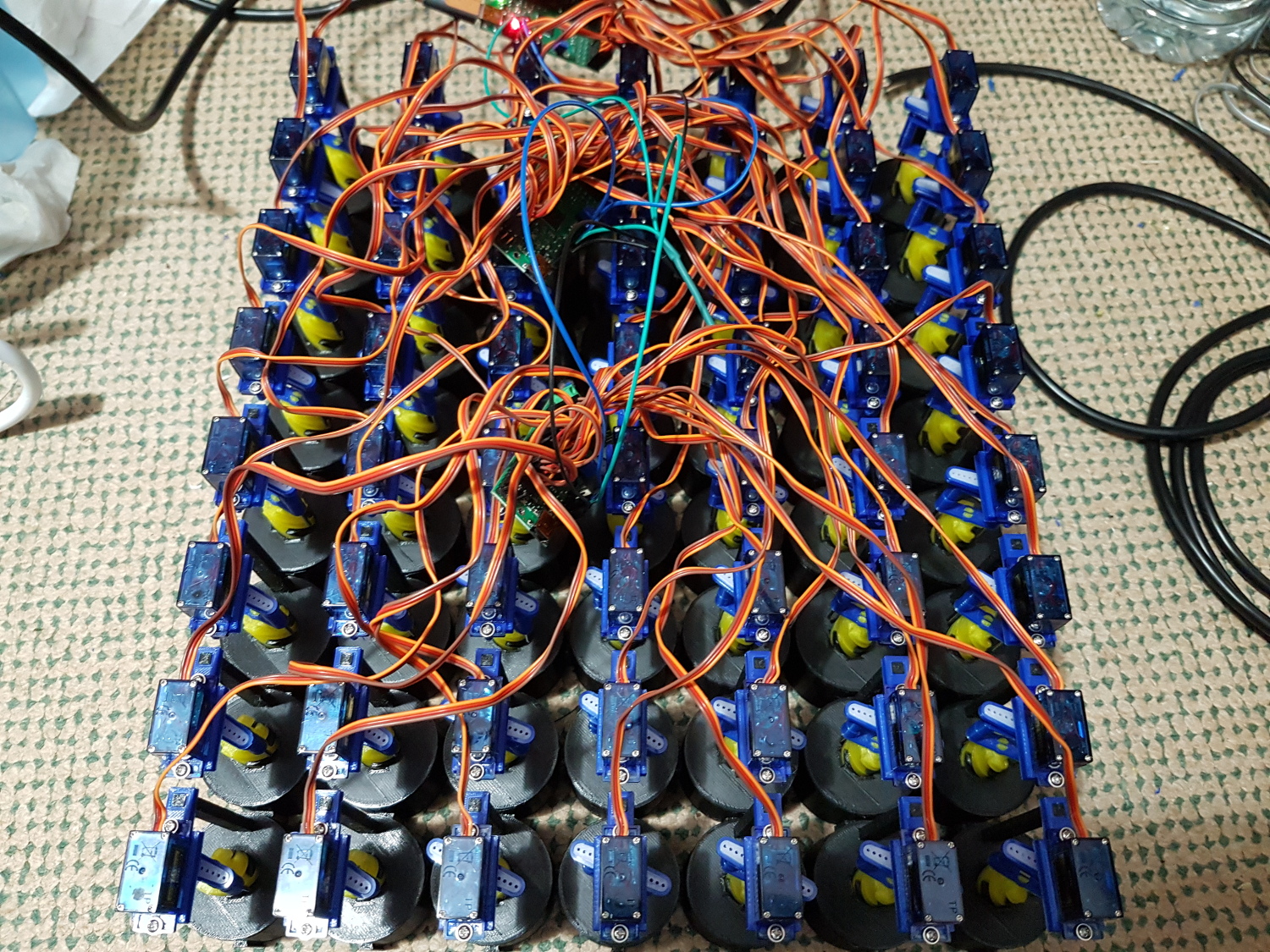 “The design phase involved learning about screw threads and what can be 3D-printed. The first few iterations of the design had various problems with friction and sticking, which were resolved by having two separate screw threads – one to drive the correct motion and one for the display element.”

Due to time pressure, Gavan had to live with a few design issues. “The end result is that some parts are a bit fragile, leading to reliability issues.”

While much of the design is robust, there are two places where the pixels are prone to failure, and a few have broken. “The fix is quite straightforward but does involve reprinting four parts per pixel. I will probably do that once I have run out of spare parts.”