Pioneers is a new programme for coding clubs and teen makers. It will launch in the new year, and it will need enthusiastic teens and adult volunteers.

Teenagers in the UK can become Pioneers by signing up online. The hashtag #MakeYourIdeas will be used to share projects. 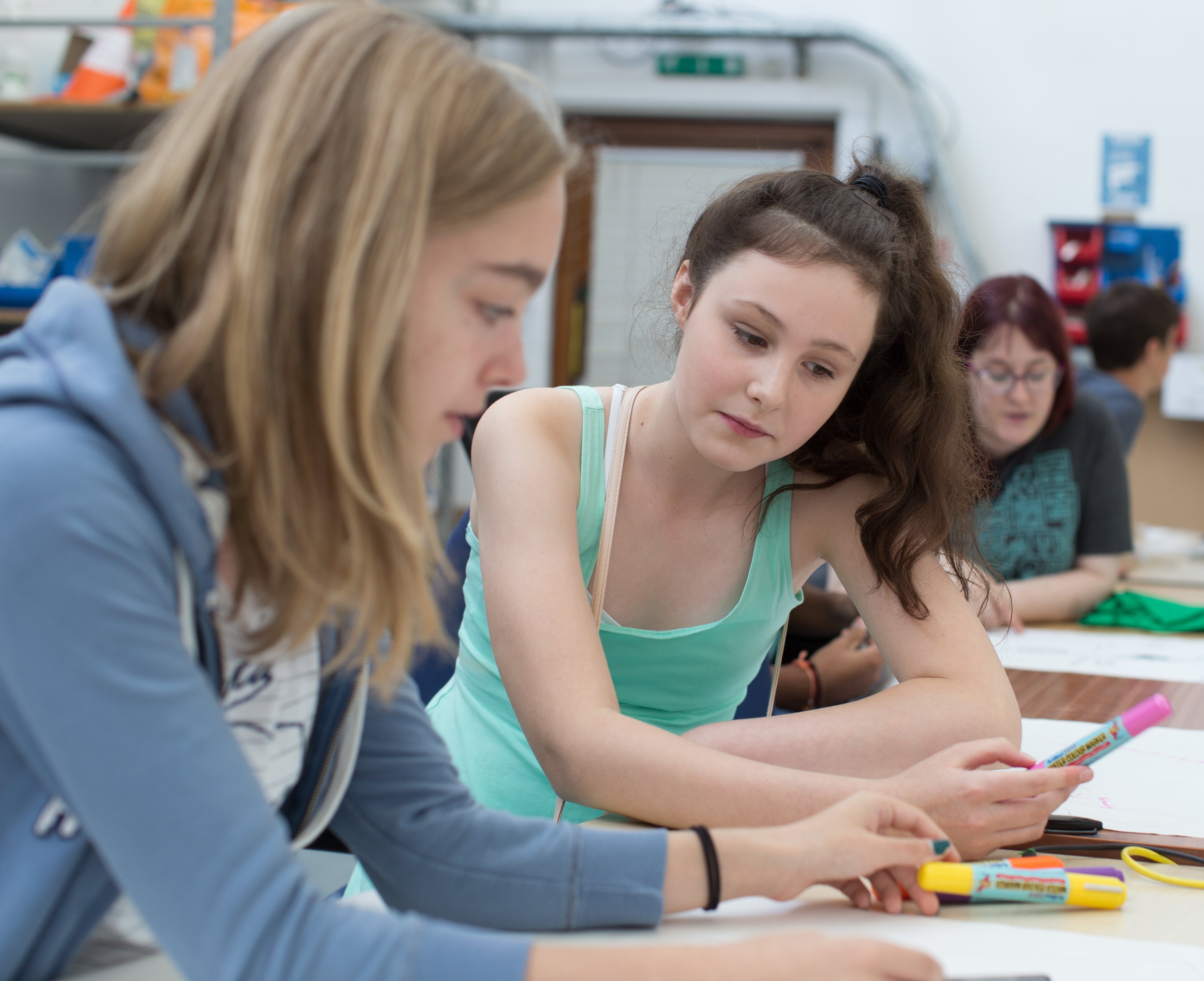 "We want to find and support teenage digital makers in the UK," said Rob Buckland, Director of Programmes."

All over the world, teenagers are building cool stuff, learning how to bend digital technology to solve problems they care about, and having lots of fun."

More importantly: "they are the next generation of inventors, entrepreneurs, and makers and we want to support them," Rob told us

"The aim of Pioneers is to provide guidance, inspiration and mentorship to teenage makers, and the adults who mentor them."

Every school term, Raspberry Pi will set a new mission for the Pioneers community. Each challenge will have a different theme.

For young makers, it's also a chance to work with a team of like-minded people to create an idea they love," said Rob. "Something that is relevant to them."

"Importantly, it's also a chance for teenagers to show the Raspberry Pi Foundation and maker community what they can do," he explained.

So teenage Pioneers get to win prizes and kudos. Sounds like a great idea to us.

The first Pioneers competition will launch in January 2017. The first challenge will be announced early next year. We can't wait to hear what it is.

Pioneers will be aged between 12 and 15. "Get together with some buddies and form a team," said Rob. Up to four Pioneers can be in a team.

"There is no right or wrong way to start a Pioneers team," explained Olympia Brown, the Senior Programme Manager who will be running the programme. "It can be student motivated or inspired by a mentor.

There is one condition. "We just ask that each team finds someone over the age of eighteen to act as a mentor," said Olympia. Pioneers will start their first mission in January 2017.

"Each team has to produce a video of their work to show the judges and the rest of the world," said Olympia.

Their projects will be judged, and prizes will be allocated to the winners. "We all like to be winners," said Rob, "but it's a great chance to get together with like-minded, creative souls and start a new community.

"A community where we share skills, make our ideas a reality, occasionally blow things up, and lead the way for the future in an ever more digital world." 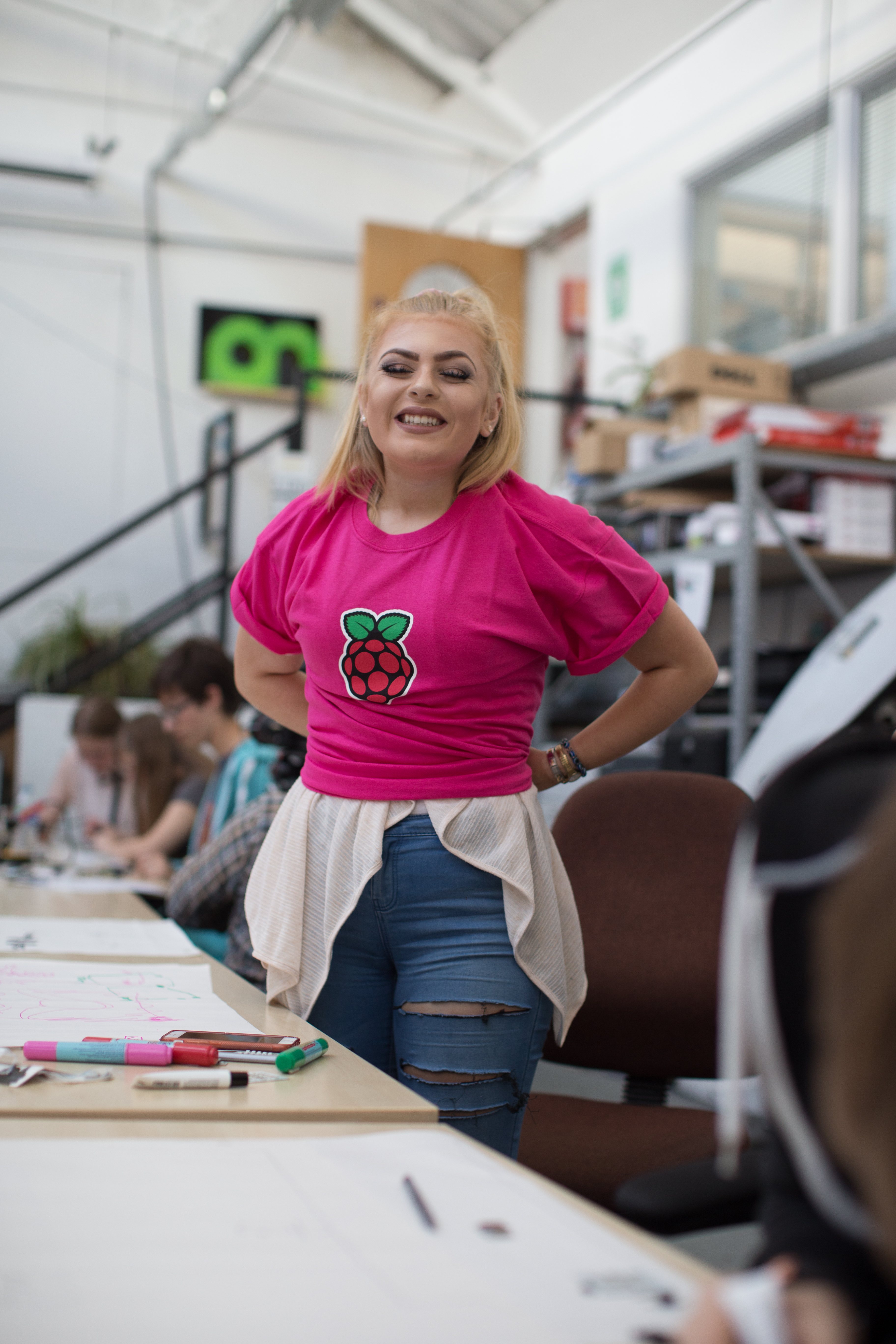 Pioneers will need guidance and help. So the Raspberry Pi Foundation is also looking for adult mentors to guide the Pioneers.

"It's a chance to help young people on their journey to expand their digital making skills," Olympia told us.

The Raspberry Pi Foundation hopes that mentors will come in all shapes and sizes.They could be already involved with the Raspberry Pi community. "We expect mentors to be running a Coder Dojo, Makerspace or a similar club," said Rob.

"We designed Pioneers so that existing computing clubs and Coder Dojos can get involved," said Philip Colligan, CEO of Raspberry Pi. "It's also a great excuse to get together for the first time and we're really hoping that we will see many more young people getting creative with technology.

In particular, Pioneers will also provide a much-needed next step for teenagers who've outgrown Code Club.

In this manner, Code Club is designed to introduce young makers to coding. Pioneers will let teenagers really show what they can create with their skills.

In general, "Pioneers will provide an exciting follow-on activity for children coming from Code Club to continue developing their coding skills and be creative," said Maria Quevedo, Director of Code Club UK. "It will be a great opportunity for them to continue making things with computers and to show off their work to others."

Giustina Mizzoni, Executive Director at CoderDojo agreed. "There is so much creativity and talent in the community," she told us, "one way where it is evident is from our annual Coolest Projects Awards.

"I was inspired by so many unique and interesting projects," said Giustina. "Orla,16, designed a mobile app Key Tracker, using Bluetooth. In the same awards competition, Carl and Leo (both 14) built their own braille label puncher. That project converted text to braille and printed it on thin aluminium plates."

"The Raspberry Pi Foundation is focused on putting digital making into the hands of everyone, and we are passionate about making sure there is provision for all ages," says Rob. "That's where Pioneers comes in."

To sum up, "We're really excited to launch Pioneers," said Philip. "There's already an amazing community of young digital makers out there. We want to celebrate what they're achieving and challenge them to do even more."

Mentors and Teens can learn more at Pioneers online.