A trip to a seaside arcade is rarely complete unless you’ve grabbed hold of a soft rubber mallet and exerted huge amounts of energy on a satisfying game of Whac-A-Mole. Known as Mogura Taiji in Japan, where the game originated, it relies on speedy reactions to hit as many small plastic moles as possible – and when Thomas Roth had a go, he decided he had to create a version for himself.

“It was a small arcade and my friend and I had so much fun with a game like this, I just knew I wanted to have one for our parties,” he says. In his case, the ‘moles’ he was bashing were a set of LED lights and Thomas reckoned it would be relatively easy to replicate. “I spent zero time planning it,” he continues. “I came back from the arcade, ordered the arcade buttons and, once they arrived, I drilled 20 holes into a board I had lying around.”

The holes were arranged so that each player would have one button immediately in front of them, followed by a row of three and then a further five – making for nine each. Two buttons were placed in the centre: one to start the game and the other to select a playing mode. “I screwed in the buttons and wired them up in a 3×7 matrix,” Thomas says. “There was no soldering involved.” 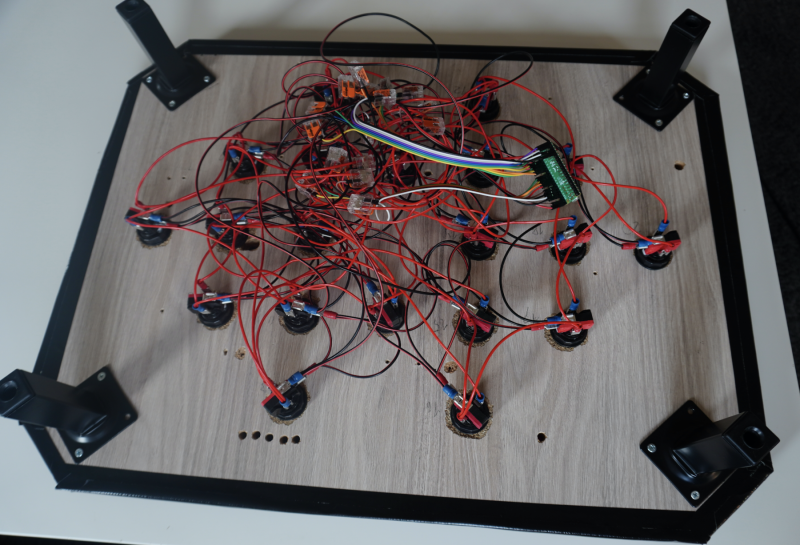 Once done, Thomas began to program the game and he reckoned a Raspberry Pi Pico microcontroller would be more than capable of running it. “I really like the simplicity of Raspberry Pi Pico,” he says. “Firmware updates are drag-and-drop, it’s super-easy to code for, it’s really cheap, and it boots up immediately, too.”

At first, he flexed his C programming skills to code what he describes as “a high-speed Whac-A-Mole” with the goal being to hit any buttons that light up as fast as possible. “Whoever manages to press the most buttons in 45 seconds wins,” he smiles, adding that he then wanted a way of displaying the score.

“I didn’t have a nice display lying around so I built a Web Serial-based website that also shows a scoreboard,” he says. “This is completely optional, though, and the table will run happily without it.” 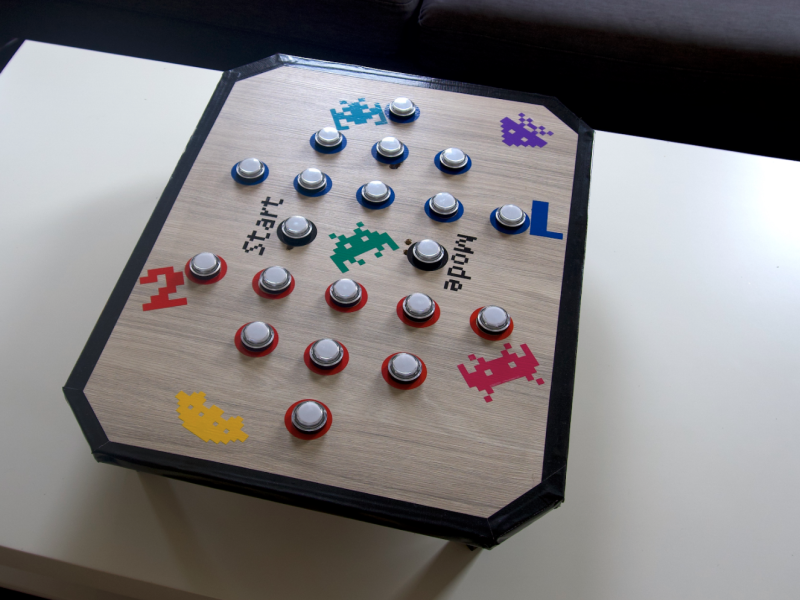 Once the rules of Whac-A-Mole were established and coded, he then moved on to create a second mode: replicating a game of Simon. “The table shows a sequence and both players have to remember and repeat it. The sequence gets longer and longer, and whoever first presses a wrong button loses.”

He’s not ready to stop there, though. “I would love to have more game modes and I’d also love to see someone hook up a seven-segment display to show the score,” he reveals. “I’m also designing a PCB to make the underside a bit cleaner – as it is, there are 20 buttons with four wires to each and it looks messy.”

Even so, it also looks like a heap of fun. “It certainly is, and it should be a great project for anyone to do with kids,” Thomas adds. “In fact, two friends of mine have already decided to build their own with their children, but adults will have a fantastic time with it too.